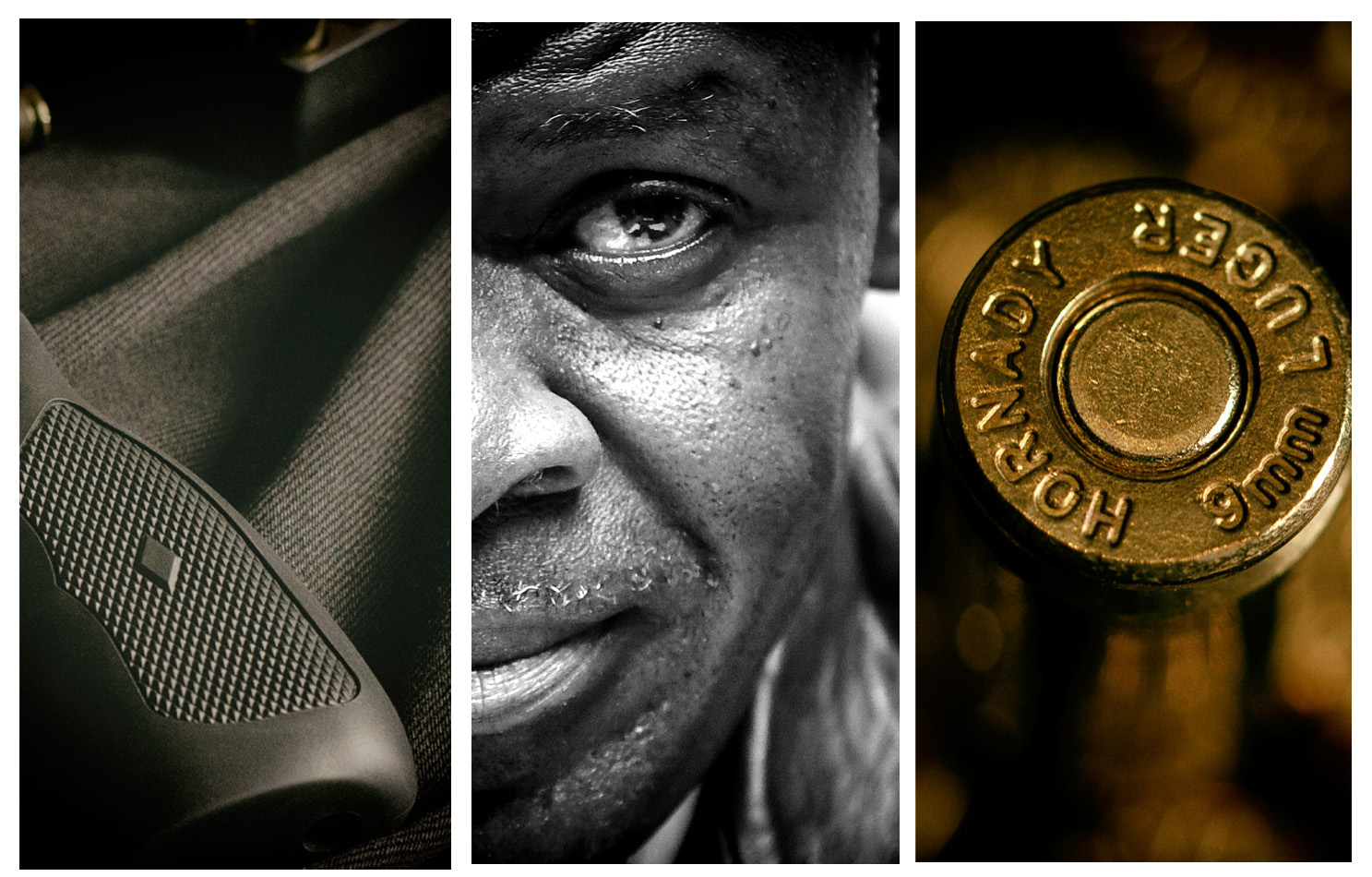 Khehla Sitole, who steps down as National Police Commissioner at the end of this month, has acknowledged that criminals targeting police stations for firearms and ammunition pose a threat to South Africa’s security.

There are several plans in place to crack down on networks involved in moving police firearms to criminals.

Screening police officers “to reduce the criminally inclined” within the South African Police Service (SAPS) is one of these measures, but it takes time and is an obstacle that investigators must work around.

At the end of this month Sitole will step down as national commissioner, a position that he has held since late 2017, and which has been marred by several serious issues, including the theft and loss of firearms meant to be in the care of the SAPS.

Daily Maverick has previously reported on how deep-rooted and broad the problem of firearms moving from police officers to criminals is.

Last month we also reported on problems at the police’s Central Firearms Register, which is still based at an unsafe building in Tshwane previously “disqualified for human occupation”.

Hundreds of missing guns and a million rounds of ammo

One of the most recent scandals in the arena of the police failing to secure guns emerged in January when it was found that more than 150 firearms were missing from the Norwood Police Station in Johannesburg.

Before this, in August 2021, the month after an attempted insurrection following former president Jacob Zuma’s jailing, Parliament heard of “a threat against police stations and members, which involved the specific objective of obtaining firearms and ammunition”.

That same month, Parliament heard that during violence linked to the attempted insurrection, a shipping container carrying “1.2 million rounds of various calibres of ammunition and 800,000 primers arrived at Durban Harbour”.

This container was headed to a South African Revenue Service customs depot so it could be inspected, but it was looted on the way there.

The Hawks were investigating further.

Through recent responses to parliamentary questions put to him, Sitole’s stance on these matters has surfaced.

Ganief Hendricks, leader of the Al Jama-ah political party, asked Sitole what was being done in terms of ensuring firearms were not making their way to criminals.

It was part of a counter and security intelligence division within Crime Intelligence and the component was managing the collection of information relating to firearms that were meant to be in the care of the police ending up elsewhere.

This component was also managing “the placement of field operatives and sources of information, relating to all threats involving the use of firearms and explosives, including the current threat of firearms being stolen from police stations, which poses a threat to the national security of the country”.

The weapons control component at the police’s head office was working with sources in various provinces.

“A proposal related to the establishment of a similar capacity at provincial level,” Sitole said, “is currently under consideration.”

In another set of questions posed to Sitole last month, the DA’s Ockert Terblanche asked what measures were in place “to stop the disturbing trend of the theft of and/or missing police firearms”.

Terblanche asked why Sitole and the police service “fail to get the situation under control”.

In response, Sitole said factors hampering the control of the problem included: “Screening/vetting of members, in order to reduce the criminality inclined within the SAPS, takes time to finalise; negligence by SAPS members; increased housebreakings and armed robberies at police stations; police killings; corruption.”

It is therefore clear that Sitole himself sees elements within the police as part of broader firearms control problems.

He also, in both his recent response to the Parliamentary questions, flagged robberies at police stations.

In August last year, the month following the attempted insurrection, Parliament heard that there was a threat against police stations, with criminals wanting to get their hands on firearms and ammunition.

A police presentation to Parliament at the time said that on 18 July last year there had been an instruction to all police commanders “to implement measures to enhance police safety and prevention of attacks targeting police stations”.

In August last year, a directive was issued “to ensure police safety and mitigate the risk of possible attacks on police stations. All provinces are expected to provide monthly reports to report incidents of attack against members and police stations.”

There have been several attacks on police stations; between April last year and January this year, five stations were targeted. Two of these were in the Eastern Cape, one was in the Northern Cape and another was in the Western Cape.

An attack on a police station in Limpopo boiled over into several other crimes.

In that incident, on the evening of 22 November, a group of armed suspects stormed the community service centre at the Malamulele Police Station in Limpopo. Four police officers were overpowered and disarmed while a typist was locked in a patrol vehicle that was parked outside the station.

A response to a parliamentary question about the incident, signed by both Sitole and Police Minister Bheki Cele in January, said: “The suspects took four R5 assault rifles, four shotguns and four pistols from the SAPS members and from the safe… The suspects then left the police station and locked the main gate with a padlock, on their way out.”

The suspects then robbed two petrol stations and a nearby shop.

“During the attack, the suspects blasted a safe at the Total garage and fired several shots. One community member was wounded in the process and two vehicles were hijacked, which were recovered a few kilometres from the scene,” the response to the parliamentary question said.

A police task team was created to investigate the attacks and in January the SAPS announced the arrest of 10 suspects who allegedly planned to carry out ATM bombings in Mpumalanga. Seven were arrested outside Tzaneen in Limpopo, while three were detained outside Bushbuckridge in Mpumalanga.

Police spokesperson Motlafela Mojapelo said four R5 rifles, four shotguns and three 9mm pistols were recovered during the arrests. Some of these had been stolen from the Malamulele Police Station’s community service centre.

Police previously told Parliament that between July 2021 and March 2022, there was a plan to train 10,000 members at police stations as first responders and in crowd management (8,000 had been trained by January 2022).

“It will enhance the response time as the police station members will be closer to the incidents, until such time that the Public Order Policing capacity is deployed.”

In other words, police officers based at stations were being trained to, if necessary, secure the buildings until colleagues specialising in crowd control arrived. DM