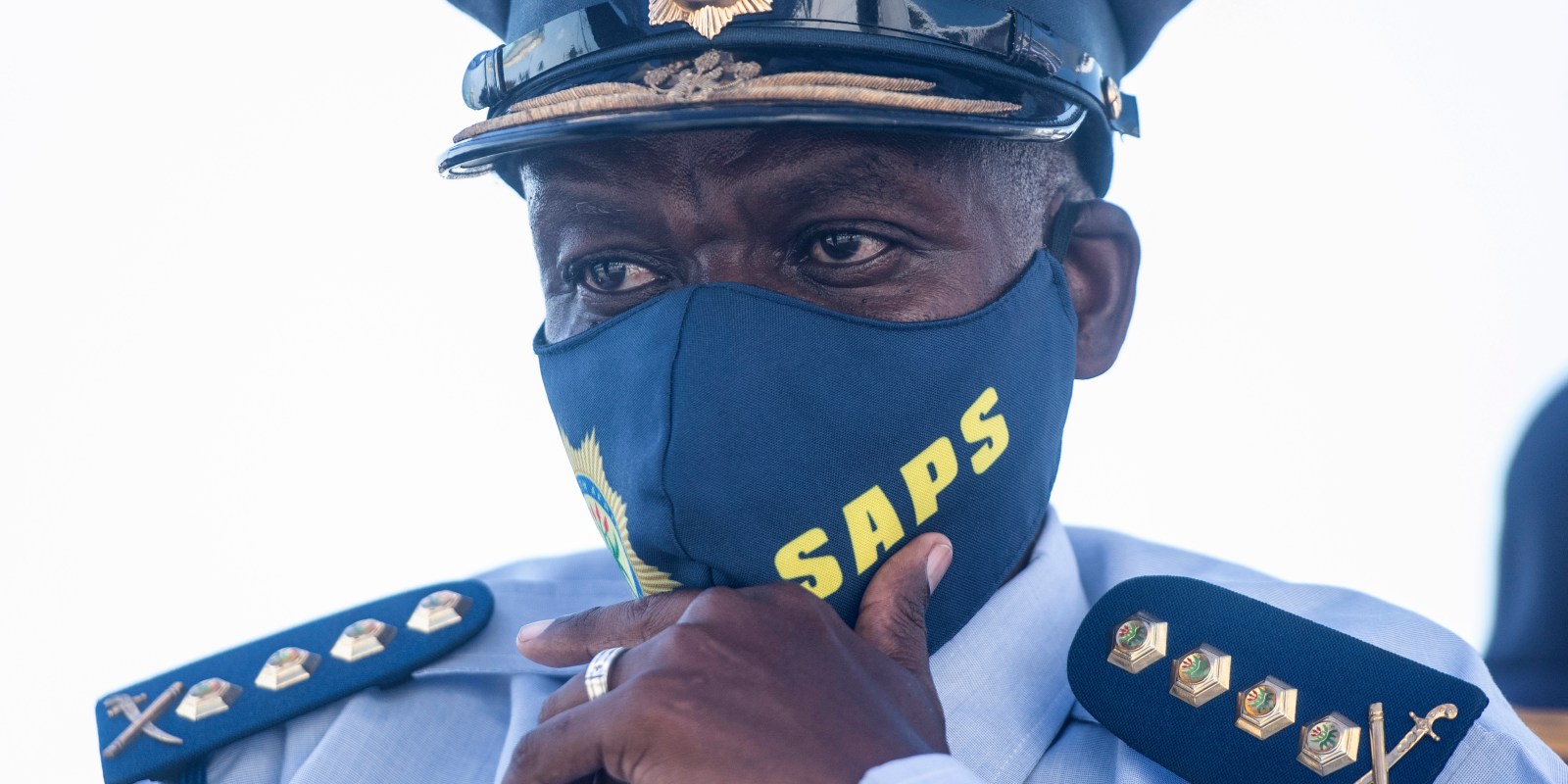 The termination of Sitole’s contract, said the president’s acting spokesperson Tyrone Seale, was “in the best interests of the country”.

Sitole vacates the position after a scathing judgment handed down on 13 January 2021 by Judge Norman Davis in the Gauteng High Court.

It was found that Sitole and his two deputies, Francinah Vuma and Lebeoana Tsumane, had placed the interests of the governing party, the ANC, ahead of those of the country.

This was in relation to the National Commissioner’s three-year attempt to thwart an Ipid investigation into the attempted procurement of a “grabber” at the inflated price of R45-million prior to the ANC’s elective conference at Nasrec in December 2017.

In November 2017, a month after his appointment by President Jacob Zuma, Sitole found himself at a meeting at the Courtyard Hotel in Pretoria where the R45-million grabber deal was discussed.

Sitole cancelled the deal later when he was tipped off by Ipid investigators but it was this meeting that ultimately sealed his demise after a long career in SAPS.

Sitole has since claimed it was former minister of police, Fikile Mbalula, who had personally called him about a “threat” to the conference and had been behind attempts to secure the surveillance device.

In an attempt to approach the Constitutional Court directly after the Supreme Court of Appeal had turned down his application to appeal, Sitole set out how he was drawn into the procurement deal by Mbalula and others.

Sitole has faced a turbulent time in office with allegations of “rogue” Crime Intelligence officers being complicit in the brazen assassination of Lieutenant-Colonel Charl Kinnear in September 2020.

Kinnear, of the Anti-Gang Unit, was investigating a gun licensing racket linked to the underworld and implicating SAPS officers. Kinnear wrote to SAPS top brass before his murder exposing the rogue unit and setting out how investigations were being thwarted.

The open animosity also between Sitole and Police Minister Bheki Cele has seen a series of acrimonious letters and communications between the two with regard to various matters.

Sitole also faced considerable criticism for his lack of visibility and handling of the July 2021 failed insurrection, in the aftermath of Zuma’s incarceration. The violence devastated KwaZulu-Natal and parts of Gauteng, resulting in the deaths of 300 people and a loss of R50-billion to the economy.

Prior to his appointment as national commissioner, Sitole was the provincial commissioner of the Free State from 2011 to 2013, his time overlapping then with Ace Magashule’s term of office as premier between 2009 and 2018.

In this position he would have worked closely with Zuma’s former protector, Major General King “Bhoyi” Ngcobo, who was appointed by the president in August 2017,  as acting divisional commissioner of Crime Intelligence.

In November 2017 Sitole was promoted to national commissioner and the next month he found himself at the Pretoria hotel. Ipid investigators have claimed the money was to be laundered by Crime Intelligence in order to “buy” votes at the ANC conference.

In a statement President Cyril Ramaphosa said: “I am grateful to General Sitole for the constructive discussions we have had over the termination of his position as National Commissioner. I wish to convey my appreciation to General Sitole for his service to the nation over many years in the SAPS. I wish him the best in his future endeavours.”

His office said an announcement will be made in due course on filling the position of SAPS national commissioner following Sitole’s departure. DM