Inside a police smuggling scandal – 175 missing firearms, increased inspections and a suicide 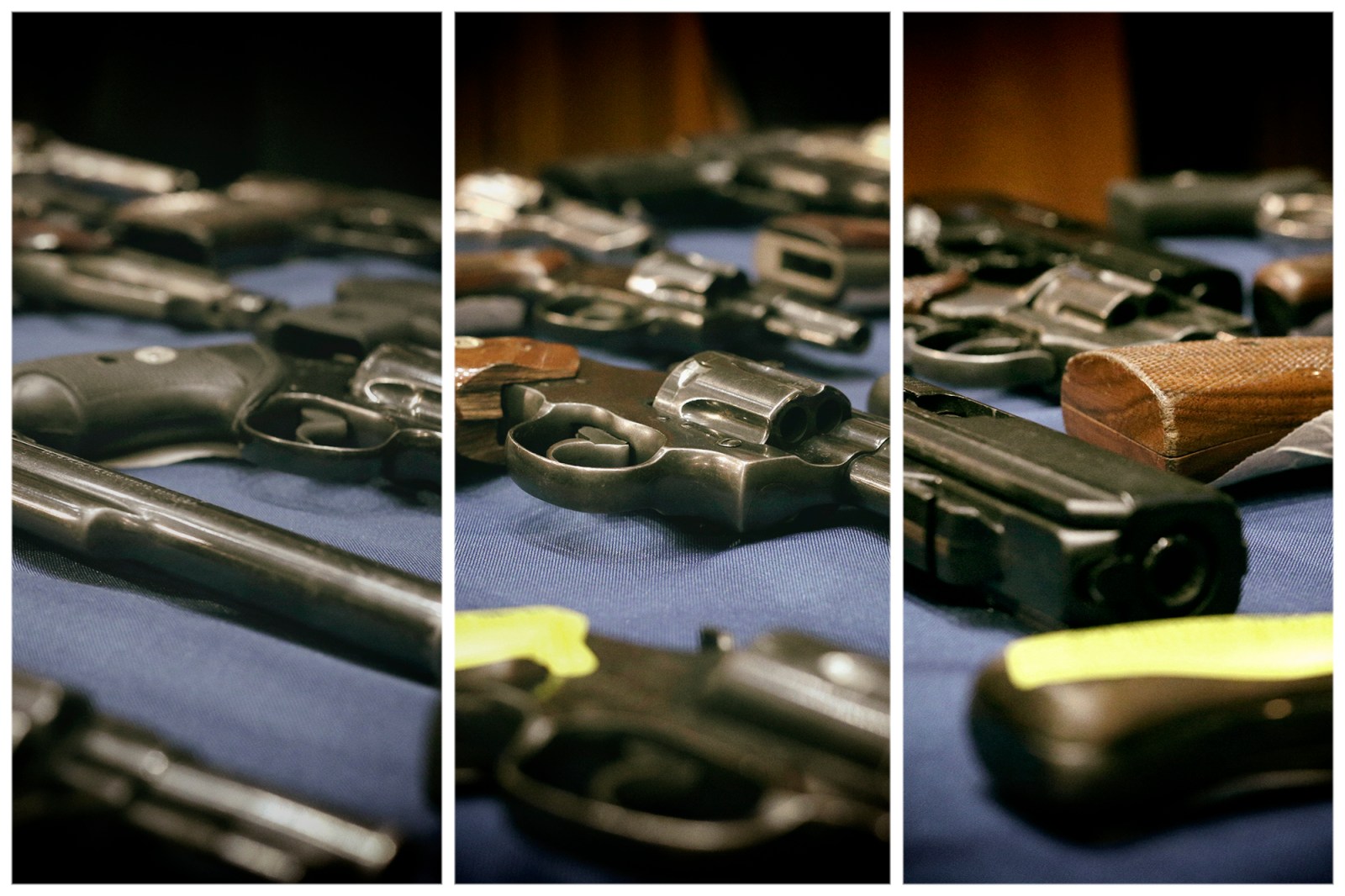 It emerged last month that more than 150 firearms were missing from a Johannesburg police station. On Wednesday, Parliament heard the investigation into this case was ongoing, that the station was under new management and that inspections of more police stations were on the cards.

More police stations in South Africa are set to be audited to determine if any firearms that are meant to be under lock and key and under the watchful eyes of officers are missing – a situation some cop bosses suspect is the case.

“In Gauteng, we’ve already started with it because we believe it may also be happening in other stations,” the province’s police commissioner, Elias Mawela, told the police portfolio committee in Parliament on Wednesday, 23 February.

During the briefing, the DA’s shadow police minister, Andrew Whitfield, asked if a national audit of police stores would be carried out – it emerged that a team of officers, set to conduct broader audits, was in place.

More cops would be called in from other stations to bolster the team.

Wednesday’s briefing was for police bosses to provide an update on the situation at the Norwood station in Johannesburg, after reports in January that an audit showed more than 150 firearms had gone missing from the exhibit store.

In the run-up to this, an officer based there committed suicide and the head of the station resigned.

It emerged on Wednesday that the actions being taken to stamp out possible criminality at the station included a new management team being brought in – an acting station commander, as well as new heads of detectives, visible policing and support services – and inspections being conducted.

Disciplinary proceedings were instituted against several officers and an inquiry into the disappearance of the guns will at some point become a criminal investigation.

Earlier this month, DM168 reported on the broader problem that was dragging down the SA Police Service – that of firearms moving from cops to criminals. The report pointed to firearms going missing from police stores – known as SAPS 13 exhibit stores – and fraudulent firearm licences being created.

During Wednesday’s briefing, Mawela acknowledged that police firearms being smuggled to criminals was a problem. He mentioned the case involving Chris Prinsloo in Gauteng.

Prinsloo, a former police colonel, was sentenced in 2016 to an effective 18 years in jail for selling firearms that had been in police storage and were meant to have been destroyed, but which ended up in the hands of gang members in the Western Cape.

However, it was the Norwood police station debacle that was the focus of Wednesday’s presentation in Parliament.

In July 2021, members of the ballistics section of the Forensic Science Laboratory told the Hawks and the National Priority Violent Crimes Bureau that four firearms they were tasked with analysing, via the Norwood police station, were subsequently “recovered from two crime scenes”.

These were a cash-in-transit robbery in Mooinooi that reportedly took place in June 2021, and an attempted murder of police officers in July last year in Brakpan.

“The possibility, therefore, existed that these firearms had been stolen from the Norwood SAPS [exhibit storage].” An inquiry into the matter has been opened.

On 3 August 2021, Hawks and National Priority Violent Crimes Bureau investigators visited the Norwood station to conduct an audit on firearms being stored there. However, an officer responsible for the store was absent and “access could not be obtained and the applicable locks, safes and storeroom were sealed”.

Two days later, on 5 August 2021, according to the presentation to Parliament, it was reported that “the seals had been tampered with, whereafter a case docket for defeating the ends of justice was registered”.

On 7 August 2021, two days after the tampering was reported, the officer responsible for the storage room committed suicide. Mawela described this unidentified cop as “our main suspect”.

The audit of firearms being stored at Norwood continued from 10 August.

“Various discrepancies and anomalies in contravention of prescripts were uncovered” during the audit.

“A total of 704 firearms were found in the SAPS 13 store, after the conclusion of the audit. It was established, with a reasonable degree of certainty, that 175 firearms were missing from the safe. These include 134 exhibit firearms and 41 amnesty firearms. This figure may increase as the investigation progresses,” said the provincial commissioner.

The Hawks are still investigating the matter.

He said further action would be directed at the Norwood police station.

A full-scale inspection was planned and a team of six officers attached to provincial detective units was conducting intermittent inspections. An intervention team of detectives, set up in November 2021, was looking into case dockets and exhibits.

In January this year, various inspections were conducted at the Norwood police station.

“A number of shortcomings were identified, resulting in the registering of departmental disciplinary cases against identified managers and supervisors, for investigation,” according to the presentation.

The police presentation ended by saying: “The Gauteng SAPS management remains resolute in its fight against crime and corruption, and in its endeavours to ensure effective governance.

“Where the latter is found lacking, immediate and proper measures are instituted throughout the various organisational levels, to ensure redress.”

It’s not the first time police stations in Gauteng have been the focus of suspicions relating to firearms.

A police statement from June 2020 said: “In January 2018, it was found that several people, including Cape Town underworld figures and their family and friends, allegedly obtained their competency certificate/s and firearm licence/s to possess a firearm as well as temporary authorisation to possess a firearm/s in an allegedly wrongful manner.

“Investigations revealed that applicants made these applications in the Gauteng province, more so in the SAPS Edenvale, Norwood and Kempton Park area. The investigations were centred on the abovementioned police stations, even though the possibility of other stations being involved cannot be ruled out.”

Lieutenant-Colonel Charl Kinnear was on a team of Western Cape police investigating firearm-related allegations against fellow officers. He was assassinated outside his Cape Town home in September 2020. DM