After first night behind bars, Zuma gets prison breakfast, no cellphone, and ‘of course’ he’ll wear orange overalls 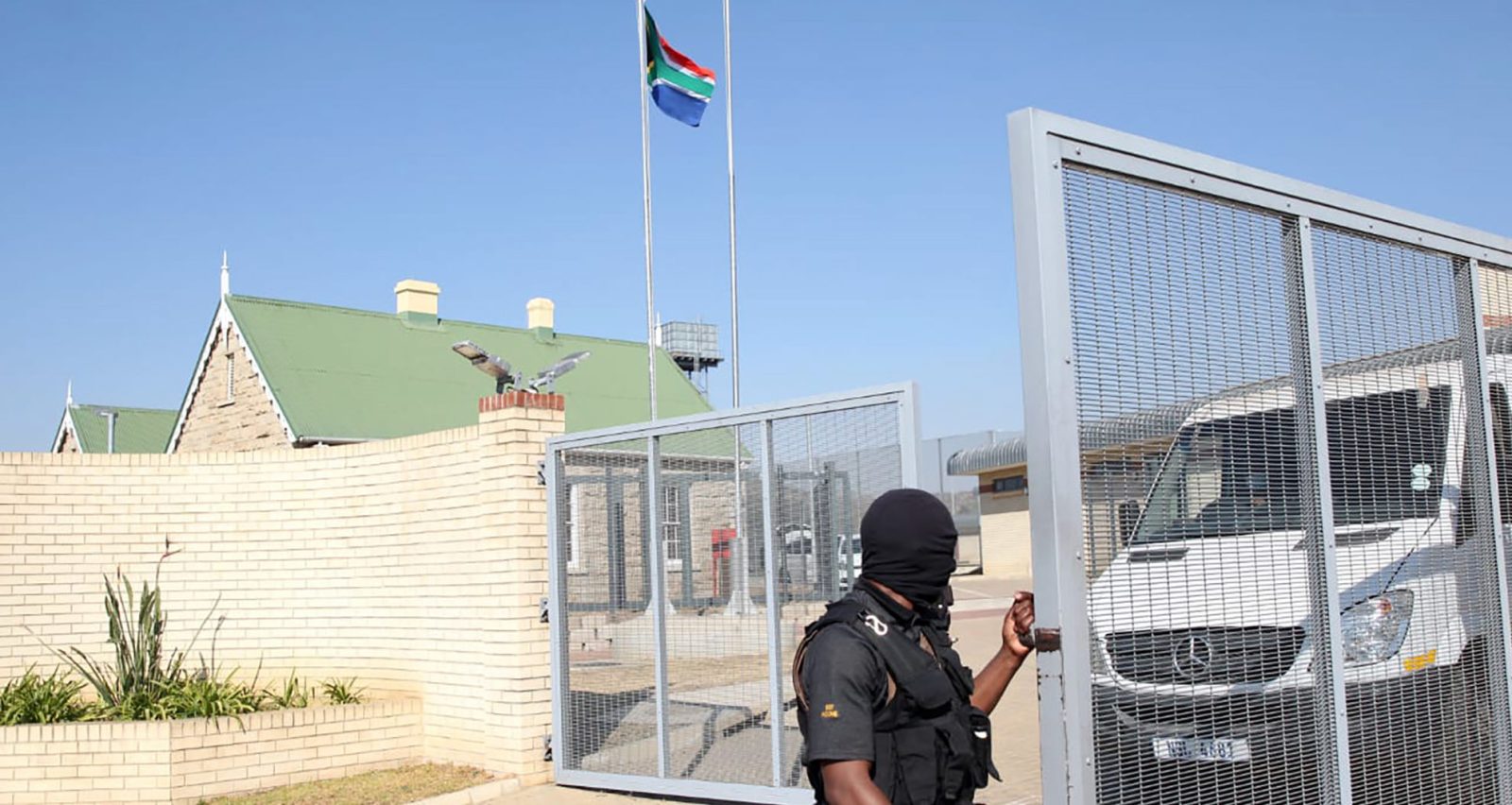 The Esctourt correctional centre where former president Jacob Zuma began serving his sentence for being in contempt of court.Photo:Supplied

In the aftermath of former president Jacob Zuma going to jail, authorities were at pains to send a clear message: South Africa’s rule of law must be respected and adhered to – even while he is a prisoner.

“He is in good spirits,” said Justice and Correctional Services Minister Ronald Lamola on Thursday, 8 July. He was briefing the media outside the Estcourt Correctional Centre where Zuma spent the first night of his 15-month jail sentence.

Lamola held the briefing just after midday to discuss the process of the former president’s incarceration.

He had seen and spoken to Zuma, who had eaten his breakfast and taken his medication.

When asked by journalists whether Zuma would wear orange overalls, Lamola asked Mpumi Hadebe, head of the Estcourt Correctional Centre, to answer. “Of course,” she said.

Lamola explained the process of Zuma’s incarceration: he would be placed in isolation for 14 days in line with Covid-19 measures, and assessed by the department’s medical team along with the South African Military Health Service, which would determine the conditions of his incarceration. “This assessment is done to determine the major risks and needs of the offender.”

“All of these systems are in place to ensure that incarceration is done in a manner which is not retributive, but humane,” said Lamola.

It was also confirmed that Zuma would be eligible for parole after he has served a quarter of his sentence. “We want to assure all South Africans that former president Zuma will be afforded dignity throughout his term of incarceration.”

Hadebe said Zuma would be treated like any prisoner: he would be allowed four visits per month, including physical appearances, in line with current Covid-19 regulations. He would have access to television in prison, as all prisoners do, but not a cellphone since prisoners are barred from having those.

Zuma was sentenced to 15 months after he was found guilty of contempt of court owing to his consistent refusal to answer questions before Deputy Chief Justice Raymond Zondo at the State Capture Commission.

Read in Daily Maverick: Lady Justice thunders at Zuma as former head of state sentenced to 15 months without option of an appeal

Zuma was ordered to hand himself over to police to be escorted to prison. If he had not done so, Police Minister Bheki Cele or National Commissioner Khehla Sitole were to take steps to get the former statesman to jail.

Zuma’s foundation confirmed late on Wednesday that he would comply with the court order. A small group of supporters and journalists watched as a convoy left his Nkandla residence just before midnight, headed to the Estcourt Correctional Centre.

[JUST IN] The Police Ministry can confirm that former President of South Africa, Mr Jacob Zuma was placed in @SAPoliceService custody as in compliance with the @ConCourtSA judgement.

Zuma spent the night at the correctional centre, which was confirmed by the Department of Correctional Services. Read Daily Maverick’s wrap on Wednesday along with a photo essay of the events outside Nkandla:

Jacob Zuma speeds out of Nkandla and into custody at Estcourt Correctional Centre  and Midnight deadline: Visuals from Nkandla in the tense build-up to Jacob Zuma’s imprisonment

On Thursday morning, the Jacob Zuma Foundation tweeted that its spokesperson, Mzwanele Manyi, would not be taking any media queries:

To: ALL MEDIA
Please be advised that the spokesperson of the Foundation, will not participate in any media engagements for the best part of today.
He needs time to reflect on the tragedy that has just happened.
The Patron of the Foundation, HE Prez Zuma was jailed without trial.

Throughout Thursday morning, political parties lauded the “victory of law” as Zuma handed himself over to Correctional Services.

Leader of the official opposition DA, John Steenhuisen, said: “This is an important victory for the rule of law in South Africa, and sends a message to all those who have aligned themselves with the Zuma faction and who have become emboldened by his dismissive attitude, that the law cannot be mocked and challenged with impunity. If the leader can go to prison, then so can anyone.”

Patricia de Lille, GOOD party leader and Arms Deal whistle-blower, said: “The events over the past few days have placed our justice and policing system under extreme pressure and we can celebrate that both our justice system and police service were resilient.”

She added: “It is painful that Zuma tested our constitutional democracy to the extent that he did. We take no joy in seeing him arrested and incarcerated but we can celebrate that the rule of law prevailed.” DM