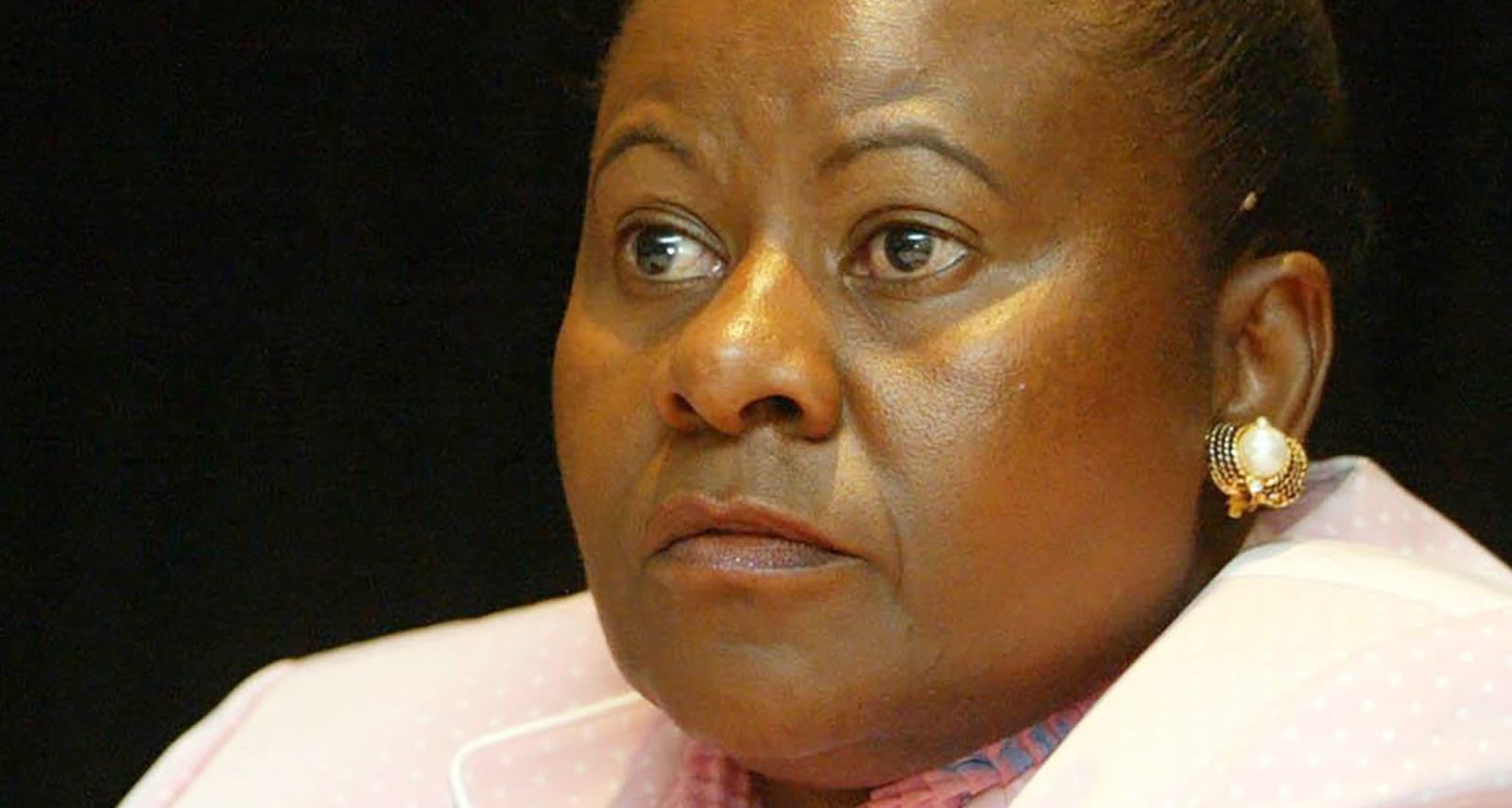 The vigour with which former president Jacob Zuma is peddling his disdain of the Court will inspire others, the Constitutional Court finds. Acting chief justice Sisi Khampepe delivers a decisive defence of the rule of law; a minority judgment criticises the Commission of Inquiry for passing the buck.

In a Constitutional Court judgment that will go down as one for the ages, Acting chief justice Sisi Khampepe took no prisoners as she delivered the majority verdict in a contempt of court case on June 29: former President Jacob Zuma is sentenced to 15 months in prison without the option of an appeal.

He must report to the Nkandla police station or to the Central Johannesburg police station in five working days (likely Monday, 5 July) to be escorted to the nearest correctional facility. If he does not, Police Minister Bheki Cele and the National Commissioner of Police Khehla Sitole are ordered to take all steps to deliver him to a jail in three days (likely Thursday, 8 July).

Zuma has been found guilty of contempt of court for disobeying the ConCourt to appear before the Commission of Inquiry into State Capture.  The Court had asked itself, “What length of punishment is capable of vindicating the court’s authority and which rebukes his (Zuma’s) contempt?”  The answer was a 15-month term of imprisonment. Two members of the nine-person bench dissented. Judge Leona Theron and Judge Chris Jafta argued for a suspended sentence which would have given Zuma a final chance to appear before the Zondo Commission. The former head of state has dodged answering any of the 40 substantive areas about his involvement in state capture for almost three years now. He appeared twice but would not be cross-examined; on the second occasion, he left without being excused by Judge Zondo, which is a criminal offence in terms of the Commissions Act.

“The Constitutional Court cannot be naïve to hope for his co-operation. He has repeatedly said he would rather be imprisoned. A suspended sentence would prolong his defiance,” said the judgment.

“This society,” said Khampepe, “is one in which deference is shown to the rule of law.” If the court did not show the seriousness of Zuma’s breach, then it “would plunge the integrity of the court into deeper waters”.  The judgment repeatedly found Zuma’s actions to be “unprecedented” and the case before it “distinct” or “extraordinary”.  The judges, therefore, admitted the case on a plea for direct access to the court.

“It is indeed the lofty and lonely work of the Judiciary, impervious to public commentary and political rhetoric, to uphold, protect and apply the Constitution and the law at any and all costs,” started Khampepe, as she read the judgment, which was delivered in just over an hour but which sets a hefty precedent for the rule of law.

“The corollary duty is borne by all members of South African society — lawyers, laypeople, and politicians alike — is to respect and abide by the law,” she said, setting out the crux of the rule of and by law.

Zuma must be stopped now

“…the strength of the judiciary is being tested,” the judgment reads. The court called Zuma’s various statements against it “…a set of direct assaults…calculated and insidious efforts…to corrode (the courts) legitimacy and authority…Never before has this Court’s authority and legitimacy been subjected to the kinds of attacks that Mr Zuma has elected to launch against its members.”

The judgment says Zuma’s actions must be stopped now. “…it is becoming increasingly evident that the damage being done by his ongoing assaults on the integrity of the judicial process cannot be cured by an order down the line. It must be stopped now.

“…there is a real and imminent risk that a mockery will be made of this Court and judicial process in the eyes of the public,” the judgment says.  Zuma’s long statements questioning the court’s integrity and impugning various judges were all launched on social media and distributed by channels like WhatsApp, which made the contempt for the rule of law viral in the digital media age.

Khampepe revealed that the ConCourt had given Zuma the last chance. On 9 April 2021, he was asked to file an affidavit setting out his version of events in formal testimony or evidence before the court. “Instead of filing an affidavit, he addressed a 21-page letter to the Chief Justice.” This letter included inflammatory statements intended to undermine the court’s authority, said Khampepe.

“If he did not want to participate, he could have sought an interim stay of proceedings,” said Khampepe.  “The Constitutional Court went to great lengths to safeguard Mr Zuma’s rights. There are no grounds on which Mr Zuma could claim to have been treated unfairly,” she said.

“The court must send a resounding message that this kind of recalcitrance is unlawful and will be punished.” The majority of seven judges, therefore, decided on “an unsuspended order of committal” — or a jail sentence. The court found a “matrix of factors” which made the case exceptional and that these included Zuma’s ongoing volley of attacks on the judiciary as well as his position as a former president. “The judiciary must not be sheltered from the public and public criticism.”

“The judiciary is in no way exempt from accountability it owes. Protecting courts from slanderous public statements has little to do with the feelings of judges but everything to do with protecting the authority of the law,” said Khampepe. “His (Zuma’s) statements do not fall into the category of tolerable criticism; they are intolerable.”

She said that Zuma is not a mere ordinary litigant but a highly influential member of society. “If his conduct is met with impunity, it will do significant damage to the rule of law.” As a former president, his responsibility for upholding the rule of law is “heightened.” The court noted that “he who twice swore allegiance (to the Constitution as the embodiment of the rule of law) has sought to undermine and destroy the rule of law.”

The court said that Zuma’s “vituperative” statements had been a calculated effort to impugn the judiciary and that the punitive costs awarded against him were warranted. “She or he who abandons all ethical standards do so at their peril and must meet the award of punitive costs,” said Khampepe.

The court awarded legal costs order against Zuma in favour of the Commission of Inquiry into State Capture. Khampepe quoted Nelson Mandela’s speech from the dock as she completed the judgment. “I too cherish the ideal of a democratic and free society.”

In their minority judgment, Judges Theron and Jafta warned that an unsuspended sentence trampled on Zuma’s constitutional rights.  Zuma has been found guilty of civil contempt (not criminal contempt), and the judges argued that this set the bar higher for allowing him to resolve this contempt. They argued that the urgency of the case, allowed by the court, prevented fair procedure because the sentence can’t be appealed. It limited the right to silence. The two judges concluded that these deficiencies amounted to a serious violation of Zuma’s constitutional rights.

The minority judgment also repeated the criticism the judges had raised when they first granted the Commission a court order to compel Zuma to appear before Zondo in January.