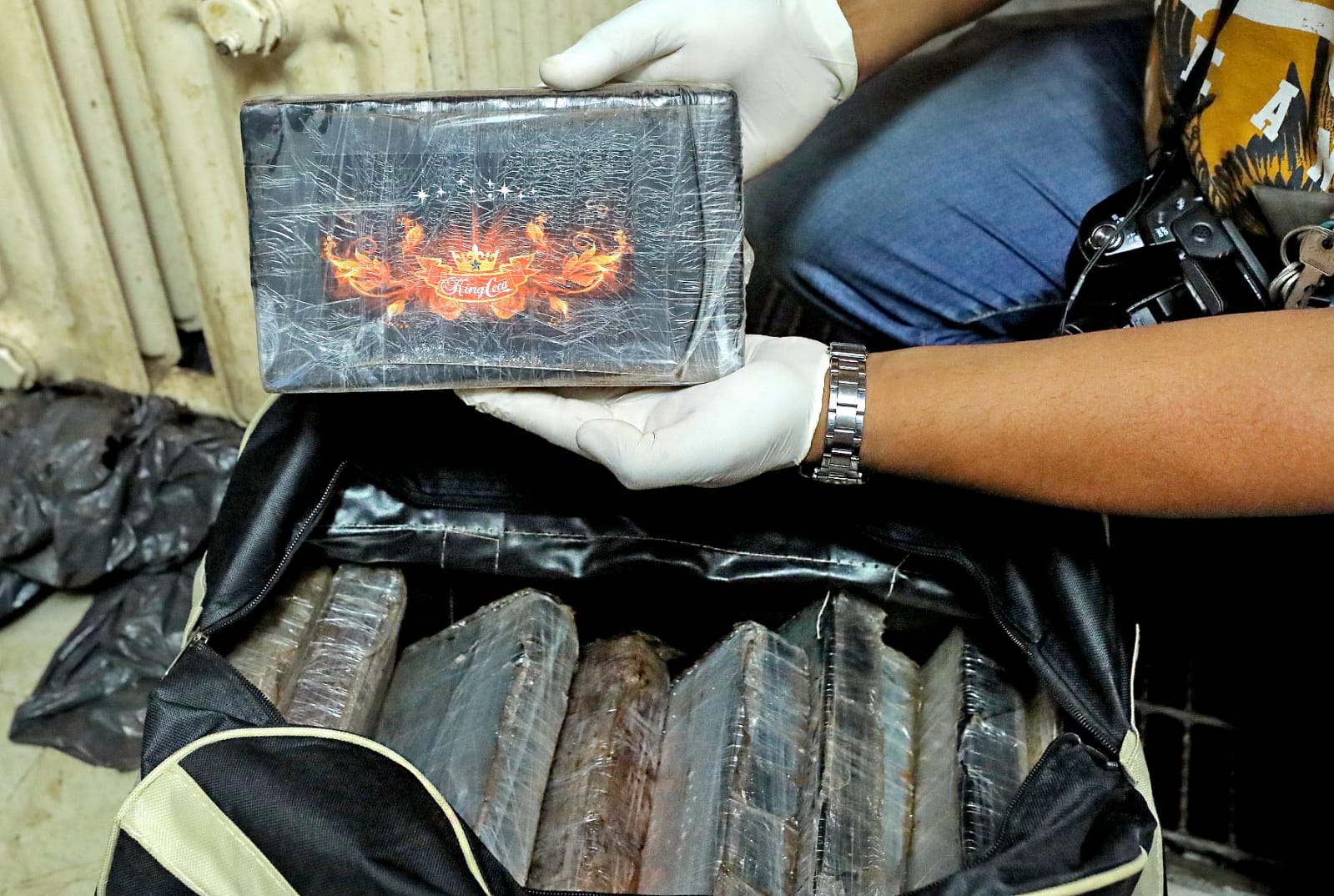 Police seized a massive cocaine haul off the Saldahna coast. The 'King Coca' branding may provide clues to who the cocaine belonged to and where it was destined. Photo: Supplied

In the second major drug-related crackdown in a fortnight, police seized a huge haul of cocaine on a fishing vessel off the Saldanha coast. Clues, including the packaging, may help investigators unravel details around its owners.

Black boxes with branding saying “King Coca” beneath an orange-tinged crown embellishment – this is how cocaine worth about R583-million was discovered packaged on a fishing vessel off Saldanha.

Six suspects from Myanmar and four from Bulgaria were arrested in connection with the bust late on Monday.

The 10 suspects were expected to appear in a Vredenburg court once charged.

“Further investigations continue as the detectives determine the origins as well as the intended destination of the consignment.”

Among several photographs of the vessel, supplied by the police, some appeared to show the cocaine in black boxes labelled “King Coca”, with the drug packed in bags bearing the label Sport Ruixingda. These bags can be bought online and are advertised as multipurpose.

While the police did not divulge where the vessel had come from or its intended destination, Daily Maverick has established that a vessel similar to the one depicted in the police statement arrived in Saldanha on Sunday.

This vessel had a Panama flag, but it is not clear whether it was the one raided on Monday.

A source with ties to policing, speaking anonymously given the sensitivity of the subject, said if the cocaine had been destined for the Western Cape the break in supply caused by the bust could spark friction among local gangs trying to muscle into the cocaine market gap.

Saldanha Bay has been the scene of massive cocaine busts in the past.

In some of the biggest incidents, 155kg or R325m worth of cocaine was reportedly discovered on a ship from Brazil in August 2011. The previous month, 116kg (R250m) was discovered on a Maltese cargo ship.

In December, Daily Maverick reported that Cuban drug lord Nelson Pablo Yester-Garrido, who apparently used to work with Colombian cartel kingpin Pablo Escobar, was jailed for five years in the US – after having spent roughly two decades in South Africa.

He had been arrested in South Africa in April 2011 after cocaine worth an estimated R400-million was discovered in Gqeberha (Port Elizabeth). It was believed to be from Paraguay and destined for Mozambique.

This matter against him was withdrawn in 2013 under seemingly strange circumstances.

Meanwhile, aside from the deep inroad into cocaine networks, the Mandrax trade was recently also dealt a significant blow, based on allegations by the State.

About two weeks ago, six men, including Jerome “Donkie” Booysen, were arrested in Cape Town in connection with mass Mandrax dealing.

Hawks spokesperson Colonel Katlego Mogale said it was believed they were “the primary distributors of illegal drugs in the province”.

Booysen and his five co-accused face 96 drug-dealing charges, and the indictment against them showed they were accused of crimes relating to the Mandrax trade, covering February 2013 to November 2017.

They allegedly dealt in tens of thousands of tablets.

Booysen has also been charged in a second case – the murder of international steroid kingpin Brian Wainstein, known as the Steroid King, who was killed in his home in Constantia, Cape Town on 18 August 2017.

Booysen is charged in this case along with 15 other men, including controversial figure Mark Lifman.

Another suspect in the case, William “Red” Stevens, suspected of having been a high-ranking 27s gang member, was murdered on 2 February.