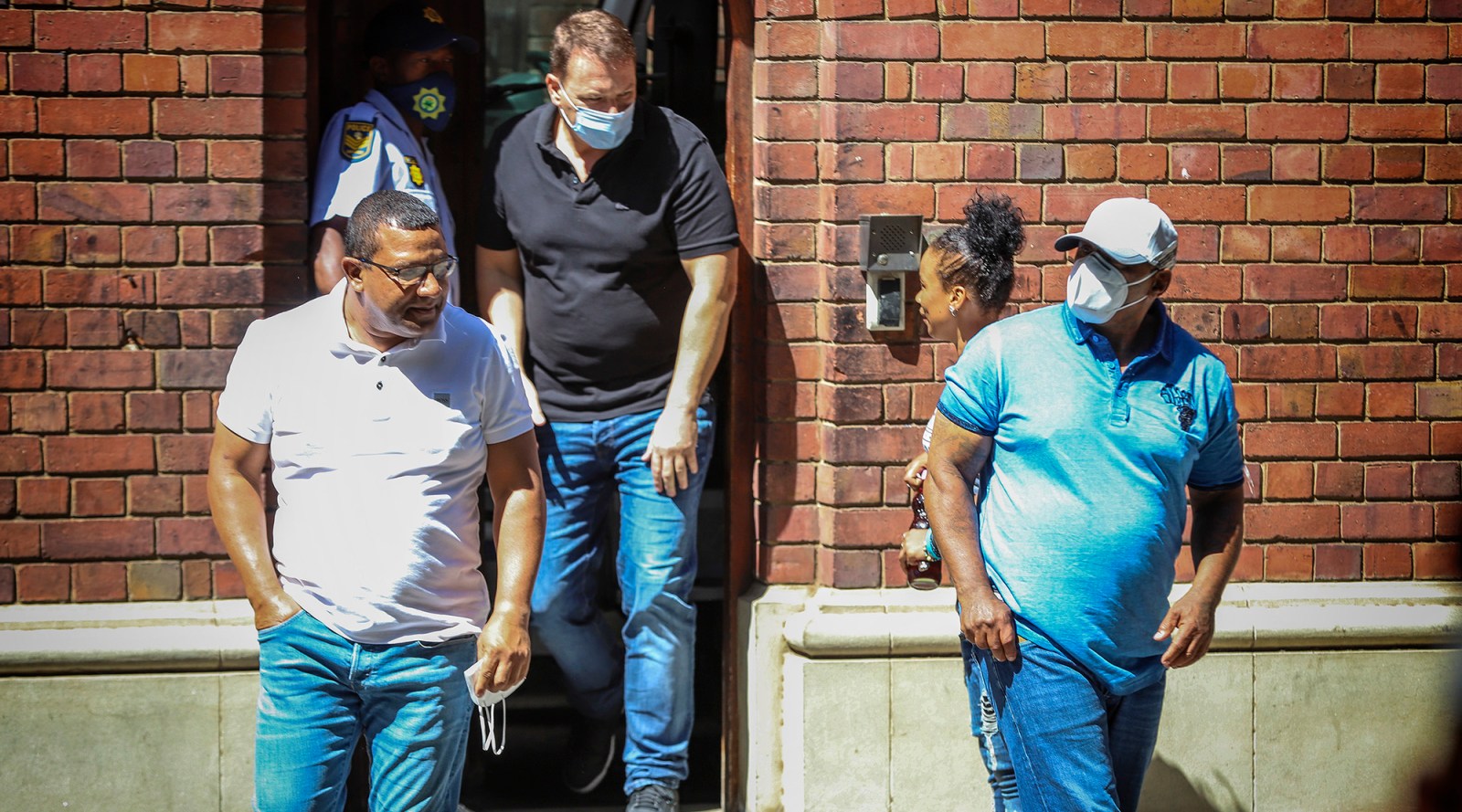 Next month three suspects are expected in a Cape Town court in connection with the 2017 murder of steroid smuggler Brian Wainstein. Another local figure named in related court papers is on an Interpol wanted list. A closer look at allegations against Wainstein reveals an intricate network of court cases and suspects linking South Africa to Ireland, the US, UK, Canada and China.

In July 2007, Brian Wainstein, once based in Ireland, was sentenced in a Dublin court to an effective four months in jail for illegally selling bodybuilding steroids. He had been doing so online.

At the time, the Irish Medicines Board said in a newsletter: “The charges related to the sale and supply of prescription-only medicinal products, mainly anabolic steroids, through an internet website and to allowing his premises to be used for the mail order of medicinal products.

“The case involved, for the first time, the execution of a court-issued search warrant under medicinal product regulations.”

Fast-forward a few years and Wainstein, known as the Steroid King, had based himself in South Africa, and with his ex-wife, who at one stage was in the UK, was wanted by the US.

Wainstein settled in Cape Town and apparently became involved with local figures with suspected links to the underworld.

Some sources with knowledge of the underworld and who spoke on condition of anonymity, citing safety reasons, previously claimed Wainstein had continued dealing in steroids in Cape Town. This has not been proven in court.

In August 2017, Wainstein was murdered inside his home in the Cape Town suburb of Constantia — a crime now at the centre of recent arrests made in the city.

Mark Lifman, Jerome “Donkie” Booysen and William “Red” Stevens were detained in December in connection with the murder and are expected back in the Cape Town Magistrates’ Court next month.

This case is one of several with alleged links to the underworld that are expected to play out in Cape Town and Johannesburg in 2021.

Four other men — two originally from Johannesburg and two from Cape Town — were previously arrested and charged in connection with Wainstein’s assassination.

Another man who has been identified in court papers in allegations about his murder, Kishor Naidoo (also known as Kamaal), who was previously based in Cape Town, is the subject of an Interpol red notice.

This notice — which Interpol’s website describes as “a request to law enforcement worldwide to locate and provisionally arrest a person pending extradition, surrender, or similar legal action” — says he is wanted in connection with murder, conspiracy to commit murder and attempted murder.

Naidoo was previously named in a separate court case in Cape Town relating to underworld dealings, in which he was not an accused, as being the alleged funder for a group of men who police investigators had apparently linked to Lifman.

Regarding Wainstein, cases and suspicions linked to him have again highlighted how South Africa fits into webs of global organised crime.

Hits and highs: South Africa in the crossfire of warring drug cartels

Following Wainstein’s sentencing in Ireland in 2007, an indictment against him and his ex-wife, Siobhan Hatton, from Ireland, was filed in the US in 2010.

US court papers relating to Wainstein listed other names he had gone by, including Brian Benjamin, Trevor Thorton and John Moylan.

US court papers detailing another case against Patel appeared to refer to the Wainstein-focused case without naming him, saying Patel was indicted “on two counts of money laundering associated with his operation of co-conspirator AlertPay to launder illicit proceeds derived from the importation and distribution of anabolic steroids and other controlled substances”.

AlertPay, according to the US, had “operated as an unlicensed money transmitting business” between 2005 and 2012.

Early in 2013, Wainstein was arrested in Cape Town and his battle to prevent extradition to the US began.

It was also reported that Wainstein was the subject of an Interpol red notice and was wanted by Cyprus.

South African court papers relating to the US extradition request said: “The Government of the United States of America… seeks the extradition of [Wainstein] to stand trial on various criminal charges.  The charges relate to the illegal importation and marketing of various drugs, including anabolic steroids, in the United States.”

These court papers named him as Brian Benjamin and said he was born Brian Wainstein but changed his name in 2011 while, according to the US, he was using various other names.

Wainstein’s name also cropped up in a US court case involving another man accused of conspiring to manufacture and distribute anabolic steroids, as well as distribute human growth hormone.

In that case, court papers from 2015 said the accused had pointed to Wainstein as “the alleged ringleader of the steroid organisation”.

As part of apparent evidence gathering in that case, customs agents had, in 2008, “intercepted a package from China that contained vials of” human growth hormone.

Wainstein had reportedly also acquired steroids from China and shipped them to Canada.

Wainstein was still wanted by the US when he was murdered in Cape Town, and the case was subsequently dismissed.

Meanwhile, the US was still trying to have Hatton extradited.

It also turned out that the third co-accused in the case, Patel, was embroiled in other legal matters in the US.

Eventually, attempts by the US to extradite Hatton came to an end.

US court papers — a motion to dismiss the case against her filed in May 2019 in Tennessee — said the case had a “long, involved history” and that the state had tried to extradite Hatton from two countries.

“The United States first sought to have the defendant extradited from England. After the defendant fought extradition for years, an English court finally ordered her to be extradited,” the papers said.

“However, the night before she was to be extradited, the defendant fled to Ireland (her home country) instead of reporting to Heathrow Airport to meet with US Marshals. The United States then sought to have her extradited from Ireland. After again fighting extradition for several years, and while imprisoned in an Irish prison during that time, an Irish court finally ordered that she was not to be extradited and ordered her released from the Irish prison.”

There was “nothing else the United States can do to attempt to extradite” Hatton from Ireland to try to have her face the US charges.

She was therefore off the hook.

In the case of Patel, in November 2020 he and his brother, Ferhan, were sentenced in the US — Patel to three years in jail — “for operating an internet-based, unlicensed money service business that processed more than $250-million in transactions”.

According to the US Attorney’s Office for the District of Columbia, Patel admitted to operating AlertPay and changing it into a platform known as Payza “after Firoz Patel was the subject of a Tennessee indictment for laundering narcotics proceeds through AlertPay”.

It appears that this was the aspect linked to the matter in which Patel had been indicted, with Wainstein and Hatton. DM