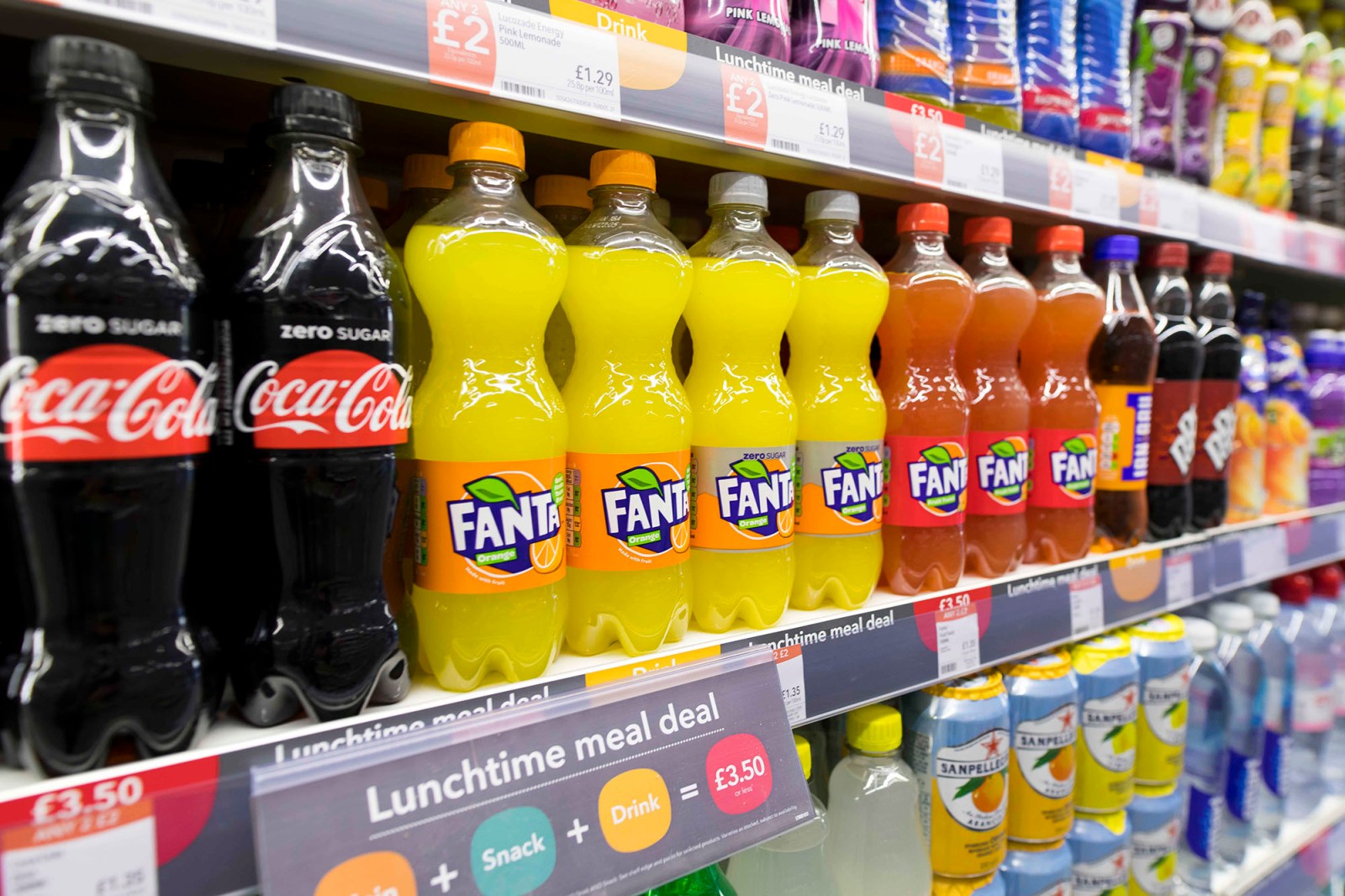 By not raising the health promotion levy, Treasury is failing the poorest, who are hardest hit by non-communicable diseases, says one activist. (Photo by Matthew Horwood/Getty Images)

Not a word on the health promotion levy in Finance Minister Tito Mboweni’s pro-business 2021 Budget. And while the alcohol and tobacco industries bemoaned the 8% increase in the excise tax, the levy remains at just 11% – well below the World Health Organisation’s recommendation of 20%.

The minister’s failure to raise the health promotion levy (HPL), also known as the sugary beverages tax, has been criticised by health activists because South Africa’s poorest are most hurt by the government’s permissive stance on the sugar industry. But Mboweni’s approach to alcohol and tobacco has attracted some praise from unexpected quarters.

The HPL, charged on non-alcoholic sugary beverages but not fruit juices or other sweetened drinks, has remained at 11% since being introduced in 2018. The first 100ml of a sugar-sweetened beverage is exempt. After that it is charged at a rate of 2.2c/gram of sugar. On a 355ml fizzy sugary beverage, the levy adds about 46c to the price. Over the years, in real terms, the tax has been eroded and health activists have called for it to be brought in line with the WHO’s recommendations.

The levy is intended to curb sugar consumption that is fuelling what Health Minister Zweli Mkhize described before the Covid-19 lockdown as a “tsunami” of non-communicable diseases such as diabetes, high blood pressure and obesity.

Lawrence Mbalati, programme manager for the Healthy Living Alliance (Heala), said this week the alliance was discouraged by the announcement, saying healthcare and health promotion should be the top priorities for any government during a pandemic. He said the levy was due an increase for three years already and that Treasury was failing the poorest, who are hardest hit by non-communicable diseases (NCDs).

In its first two years the levy generated R5.4-billion for the country, which Heala argued would have been enough in the short term to finance South Africa’s Covid-19 vaccine roll-out “almost 20 times over”. Over the long term, the health effects would be evident in fewer NCDs and a lesser burden on the healthcare system.

Mbalati said poor and low-income households were a “growing market” for soft drink companies, and that numerous studies have linked regular consumption of sugary beverages to increased risk of Type 2 diabetes, obesity, heart disease and other NCDs.

But health taxes work, he said: in a study conducted during the first year of the levy’s introduction, researchers found a 60% reduction in sugary beverage consumption among heavy consumers of sugar-sweetened beverages in Soweto. Another study, in Langa, Cape Town, found that adults aged between 18 and 39 reduced their overall sugar intake by almost a third after the levy’s introduction.

Mbalati says: “Our people are battling with obesity and diet-related diseases because they exist within an unhealthy food environment. They are subjected to an influx of unhealthy ultra-processed food products high in salt, saturated fat and sugar. We need policies that will protect them.

“For example, there is evidence that shows that the health promotion levy is an effective way to reduce the purchase of sugary drinks and, in the long term, reduce the prevalence of obesity and NCDs. This is why our alliance of committed civil society continues to advocate for policies like these – to make the food environment healthier so our people can have access to healthy food.”

Dr Sharon Nyatsanza, the project and communications manager at the National Council Against Smoking, says they applaud the government for ignoring calls for a 0% increase and found the pro-health tone refreshing. However, the 8% increase in excise tax was still far too small, equating to R1,39 per pack of 20.

“It was higher than 2020, when they increased it by 74c or 4.4%, but it doesn’t make the product less affordable. It especially doesn’t impact on the behaviour. Nor does it stop non-users from using the product.”

Treasury also promised to start taxing vaping products in 2020, but has not yet.

“It will be issuing a paper soon,” she says.

“These vaping products are harmful and they must be taxed. There are over 500 brands – it’s very complicated but they have to be regulated.”

However, Maurice Smithers from the Southern African Alcohol Policy Alliance (SAAPA) said they were “pleasantly surprised” to see increases in alcohol and tobacco.

“Last year, Treasury only increased it at 4.4%. And there was heavy pressure on them from the liquor industry to not increase it at all due to Covid-19. The government is also facing two court cases, SAB and Vinpro, so we figured they might strategically decide on a very low increase, if at all.”

Echoing the sentiments of Professor Corné van Walbeek from UCT’s School of Economics, Smithers said the real cost of alcohol has gone down since the 1960s and excise tax should be raised significantly to bring it in line.

Smithers said excise tax – which is aimed at products that cause harm to society, such as alcohol, tobacco, sugar and fuel – should be raised over time to make up the deficit and encourage less consumption, but it is not achieving its goal.

SAAPA has been lobbying zealously and Smithers says indications are that Treasury is “starting to listen”.

It’s notable in the changing discourse: In past years the ministry would have joked about a “sin tax”, which implies moral judgement and punishment, while this year there was no such reference.

“We said, you shouldn’t be apologising for raising health-promotion levies – this is for the public good. This year Mboweni actually said it has been shown that alcohol causes harm and it’s been shown that people are sensitive to price rises and drink less when prices are up. That was amazing and a big change.”

There was one “smallanyana” joke about pipe tobacco, in reference to former president Thabo Mbeki’s pipe-smoking habit, but the way Mboweni framed the tax was “really good”.

The next step, Smithers said, should be that they refer to it as a health tax, geared towards promoting public health.

And the government needed to shift away from its resistance to ring-fencing certain taxes – they should be allocated to a health-promotion development fund and used to fund capacity through various programmes to encourage healthy and safe behaviour. MC/DM