Mboweni didn’t deliver on a 20% health promotion levy. Here’s why that is anti-poor 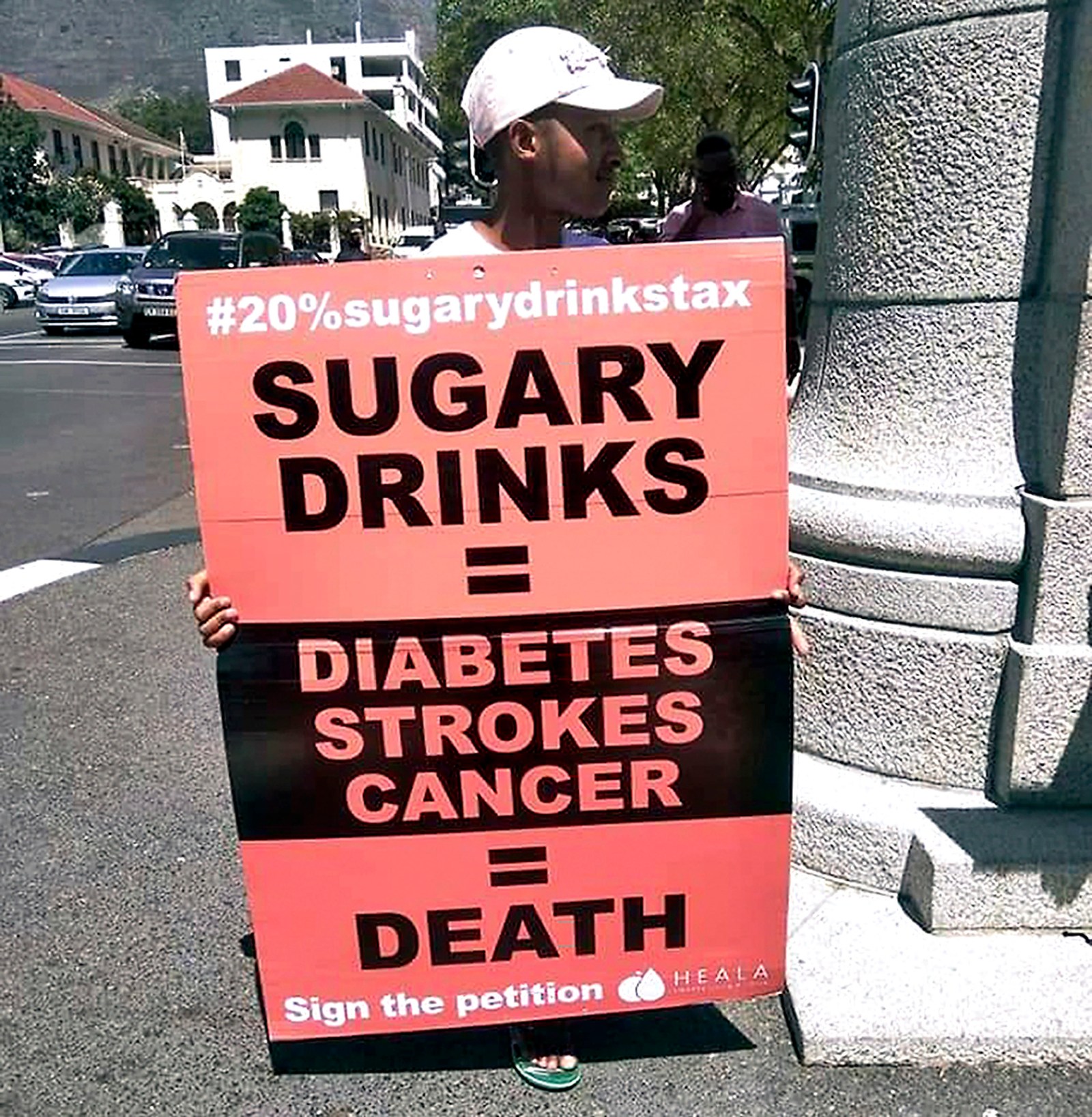 The health promotion levy is aimed at curbing sugar consumption that is fuelling a rise in non-communicable diseases such as diabetes, high blood pressure and obesity. (Photo: PHM-SA/Spotlight)

Every year that National Treasury cannot deliver a health promotion levy of 20%, people in South Africa will die from the diseases that this levy could help prevent. And it is the poorest in South Africa who are the hardest hit.

Finance Minister Tito Mboweni’s failure to raise the country’s health promotion levy to 20% has cost South Africa billions, but the real price of his inaction is far greater.

In 2018, South Africa introduced a health promotion levy of 11% on sugary drinks with over 4 grams of sugar per 100ml. The levy is aimed at curbing sugar consumption that is fuelling a rise in non-communicable diseases such as diabetes, high blood pressure and obesity.

The levy adds about 46 cents to the price of an average can of original taste Coca-Cola, for instance, and does not apply to natural fruit juices or sweetened dairy products.

In its first two years, the levy generated R5.4-billion for the nation — enough to finance South Africa’s down payment for Covid-19 vaccines from the Covax facility almost 20 times over.

If Treasury had doubled the current health promotion levy to 20%, South Africa could have earned an estimated R4-billion to R5-billion in extra revenue. This estimate is based on current consumption and revenue of R2.5-billion raised in the 2019-2020 financial year.

Treasury itself proposed a levy of 20% on sugary drinks two years before the country introduced the health promotion levy.

Treasury’s failure to stick to its original proposal of 20% has cost South Africa billions in the short-term, but the long-term costs are far greater.

The volumes of sugary drinks people in South Africa consumed grew by more than half from 2001 to 2015, according to market research by Euromonitor International that was analysed by the South African Medical Research Council (SAMRC) Centre for Health Economics and Decision Science (PRICELESS SA).

For beverage companies, the market looked bright — Euromonitor International projected a 3-4% year-on-year growth in annual sales until at least 2020.

And research has shown that industry banked on South Africa’s poorest to build these profits.

Marketing companies often divide audiences into one of 10 groups based on what is known as a Living Standards Measure (LSM) depending on, for instance, what kind of goods they consume and their average income. The higher the LSM, the more affluent the market segment.

By 2012, one of South Africa’s largest soft drink companies had identified LSM 1 through 6 — those households earning less than R7,000 a month — as its main market opportunity, according to 2015 research published in the journal Public Health Nutrition.

The company’s main focus? Those earning less than R3,000 a month.

Multiple studies have shown that a regular habit of sugary drinks can increase a person’s risk of developing type 2 diabetes, heart disease, and other chronic non-communicable diseases.

An article published in The Lancet medical journal showed that in sub-Saharan Africa the total number of disability-adjusted-life-years (DALYs) lost due to non-communicable diseases in all ages, increased rapidly from about 90.6 million to 151.3 million between 1990 and 2017 – an increase of 67%. The World Health Organisation defines DALYs as “the sum of years of potential life lost due to premature mortality and the years of productive life lost due to disability”.

Death rates from these diseases were almost twice as high in Khayelitsha in 2006 as it was in Cape Town’s wealthy northern and southern suburbs, a South African Medical Research Council study found.

But the health promotion levy in South Africa is already reducing the sugary beverage consumption that puts communities at risk of non-communicable diseases.

And there is no compelling evidence from South Africa or around the world that it has done this at the cost of jobs — regardless of what industry and industry-funded research assert.

Why increasing the health promotion levy is pro-poor?

First, the levy has already incentivised beverage companies to reformulate their products to reduce the sugar content of the drinks they sell.

Second, the levy is leading many in our communities to cut back on the number of sugary drinks they consume.

According to a study published in the journal, Public Health Nutrition, the health promotion levy led to a 60% reduction in sugary beverage consumption among people who were surveyed and consumed a lot of sugar in Soweto.

In Langa outside Cape Town, University of the Western Cape researchers found in a survey that adults between 18 and 39 reduced their overall sugar intake by almost a third after the levy was introduced. This study is currently being reviewed for publication.

If we do not raise the health promotion levy these gains are in serious jeopardy. Treasury has not meaningfully raised the health promotion levy since it was introduced in 2016 — which means it has not kept up with inflation. For example, the rate was increased from 2.1 cents/gram over 4 g/100ml in 2018/19 to 2.21 cents/gram in 2019/20. It was not increased for 2020/21.

As inflation erodes the levy’s real value, it erodes its power to shape healthy food choices in the country.

A 2016 modelling study published in BMC Public Health estimated that a health promotion levy of 20% would save 72,000 lives over the next two decades. It was also predicted to save the country R5-billion in healthcare costs over the same period.

When National Treasury itself proposed a sugary beverage levy of 20% in 2016, they did so because officials knew then that research locally and internationally showed this is what South Africa needs to save lives. Lowering the threshold for taxable sugar content in drinks from 4 grams/ 100ml to 1 or 2 grams / 100 ml will further enhance this impact.

Every year that Treasury cannot deliver a health promotion levy of 20%, more South Africans die from diseases this levy could help prevent, and we know the poorest in South Africa are the hardest hit.

How much longer must they wait for the government to act? DM/MC

Mbalati is the head of the health advocacy organisation the Healthy Living Alliance (HEALA). You can follow HEALA on Twitter at @heala_SA.