Parliamentary overhaul is needed to keep executive in check, commission is told 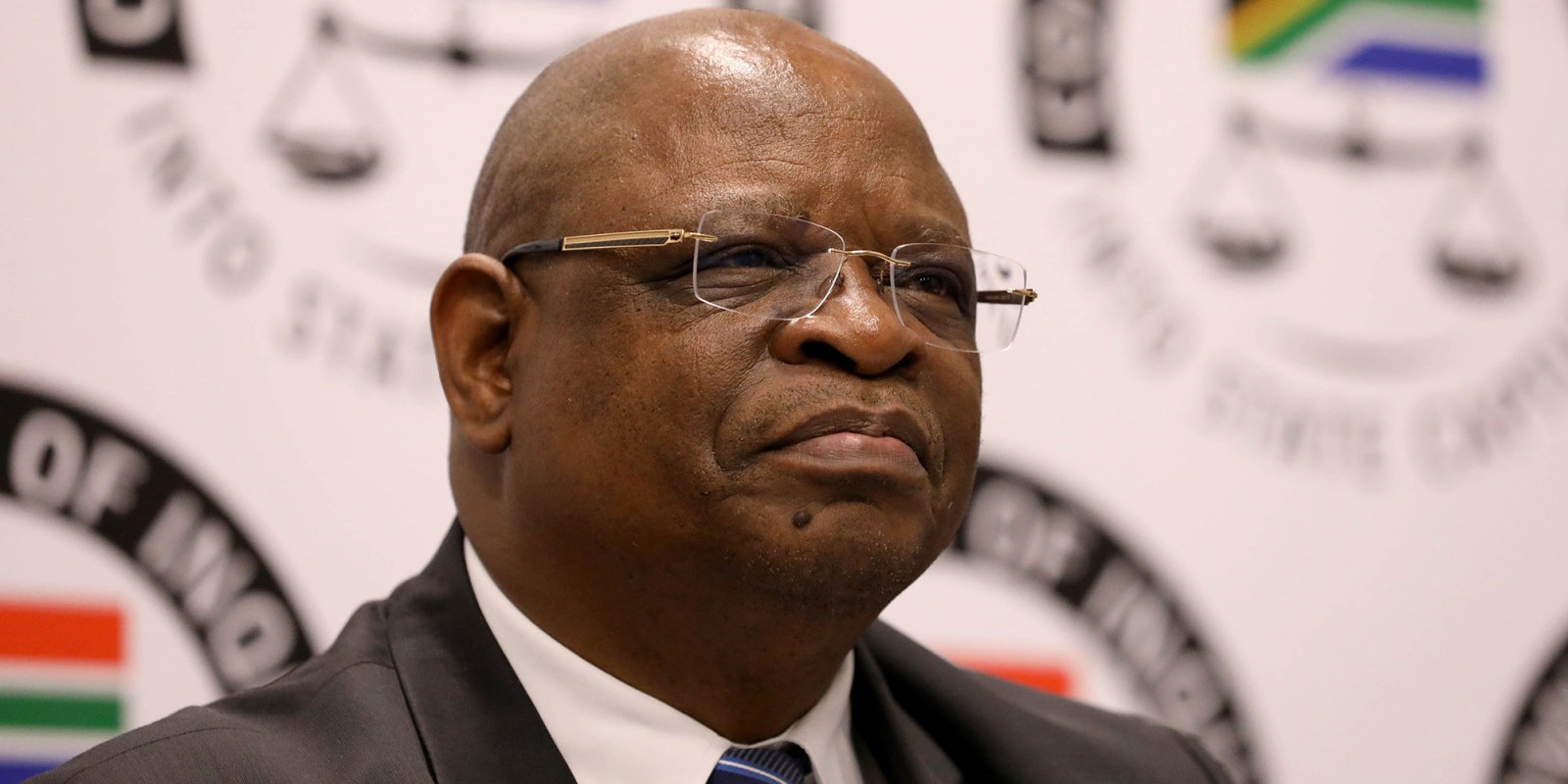 After Parliament’s failure to prevent State Capture and its attendant corruption within the executive was exposed at the Zondo Commission last week, public law Professor Richard Calland on Tuesday provided the commission with an intense short course on governance 101.

The ANC’s liberation movement tradition of caucus and maintenance of the party line has followed it into governance through an electoral system reliant on proportional representation in which members of Parliament (MPs) are chosen by the political party proportionate to the number of votes the party received. This system, as opposed to constituent representation, in which the electorate chooses who they want to represent them in Parliament, is the one that currently holds sway.

The argument for proportional representation is that it allows the party to represent minority views that a constituent system might crush through a majority electorate.

However, as testimony before the Zondo Commission by parliamentarians has revealed, rather than giving space for minority views, our proportional representation system has meant the ruling party has used its parliamentary majority to crush any dissent, even when such dissent is motivated by a desire to uphold constitutional values and defend universal ethics.

While some of these personal failings among parliamentarians have been aired at the Zondo Commission over the past week, Richard Calland, who is associate professor of public law at the University of Cape Town, on Tuesday told the commission of the systemic failings inherent in our present Parliament’s oversight role. Failings that allowed State Capture to flourish.

Calland used former ANC MP Andrew Feinstein — who attempted to use his role as a member of the Standing Committee on Public Accounts (Scopa) and chair of the ANC study group on public accounts to expose widespread corruption in the Arms Deal — as an example of an MP who put conscience before party. Feinstein resigned as MP in 2001, saying he was unable to provide a meaningful role in the National Assembly. In other words, he was being muzzled by his party, the ANC.

While Feinstein, due to his educational achievements and professional skills, was able to forge a career outside the ANC and politics, Calland noted the increasingly diminished quality and calibre of MPs, particularly in the ANC, which meant their options outside the party were limited.

“Raising questions that may be politically costly may have career-limiting consequences,” stated Calland.

He said DA MP Manny de Freitas had noted that some MPs on the committee overseeing the beleaguered Passenger Rail Agency of South Africa (Prasa) had not even opened their information packs before sitting in the meetings.

MPs, particularly inexperienced and junior MPs, needed training and support, but this simply did not exist. Research capacity within Parliament, which would prepare MPs and enable them to ask probing questions of the executive, was lacking, as was sufficient time for MPs to properly prepare and familiarise themselves with the brief.

Lack of preparation by ruling party MPs was particularly evident, he said.

Zondo, who appeared to be taking mental notes for his recommendations, asked whether ensuring opposition party MPs were appointed as chairs of certain key standing committees would not also be effective, but Calland disagreed.

Additionally, the willingness to tackle members of the executive and ask hard questions was largely lacking in standing committees. Calland repeatedly referred to former ANC MP Zukiswa Rantho’s testimony before the commission on 2 February in which she stated there was no willingness to challenge ANC politicians.

Rantho was one of the number of MPs on Parliament’s Eskom State Capture inquiry who was scratched off the ANC list of public representatives for the May 2019 elections after asking too many hard questions.

Daily Maverick writer Marianne Merten succinctly summed up Deputy Chief Justice Raymond Zondo’s observation from this testimony: “There were some members of Parliament in the ANC who effectively thought they were protecting the ANC if revelations that could show wrongdoings of some members of the ANC were not brought to the open.”

Rantho’s reply was: “That is correct.”

Even if a standing committee did take a stand, if the ruling party had a culture of entitlement, the executive could simply ignore Parliament’s recommendations, with the members finding themselves out in the cold at the next election, or any other available opportunity.

And if a recalcitrant minister was reported to the president, what happened depended on the character of the president.

The only thing a standing committee could do was to call the executive before it week after week and refuse to pass budgets. This was where the standing committee chair could be effective and at the very least would air a minister’s recalcitrance to the public.

But one safeguard against such MPs operating in fear of losing their jobs, argued Calland, was to reform the electoral system by introducing constituent representation, as recommended in the Van Zyl Slabbert Commission on Electoral Reform Report.

He said the recent New Nation decision in the Constitutional Court requiring Parliament to consider how best to change the law to permit independent candidates to stand in national and provincial elections is “perhaps the hook and the ideal timing” for a review of the electoral system as a whole.

However, electoral reform was not a “silver bullet”. For the kind of effective parliamentary oversight that would have nipped State Capture in the bud, there needed to be a political culture that encouraged or even celebrated difficult questions being asked of the executive.

There were also technocratic measures that could be instituted, such as introducing a cross-cutting oversight committee to receive standing committee recommendations, track them and produce a six-monthly or annual report, setting up a standing committee for the Presidency, and legislating ethics training for MPs.

Attention needed to be given to the quality and political heft of those appointed to Parliament and additionally, MPs’ oversight role could be legislated so that they were legally bound to hold the executive to account.

Zondo, who appeared to be taking mental notes for his recommendations, asked whether ensuring opposition party MPs were appointed as chairs of certain key standing committees would not also be effective, but Calland disagreed.

He said standing committee chairs were the most important parliamentary positions, barring the speaker, but effective standing committees largely did not depend on the chair’s party affiliation. Rather, their effectiveness depended on the chair’s leadership skills and the level of trust and respect they were able to foster within the committee. A counter-majority fix also failed to respect the majority won by a party.

But Calland said whatever the solutions sought, Parliament needed a wholesale review rather than “a technocratic fix”.

“This is not, in cricketing terms, about replacing the off-spinner with the leg-spinner. This is about looking at who the captain is, who the coach is, the culture within the team, the selection process, youth development, training, preparation, the whole package.”

The affable, at times conversational, dialogue between Zondo and Calland ended at the 11am tea recess, after which evidence leader Pule Seleka unsuccessfully tried to pin down Eskom acting senior manager for fuel resources, Dr Ayanda Nteta, in being complicit in the R659-million prepayment coal deal to the Guptas’ Tegeta Exploration and Resources company which allowed Tegeta to purchase the Optimum Coal Mine.

The commission will continue to hear Eskom-related evidence today (Wednesday), with former Eskom board member Venete Klein due to take the stand. Eskom board members Viroshini Naidoo and Dr Pathmanathan Naidoo are also expected to appear. DM