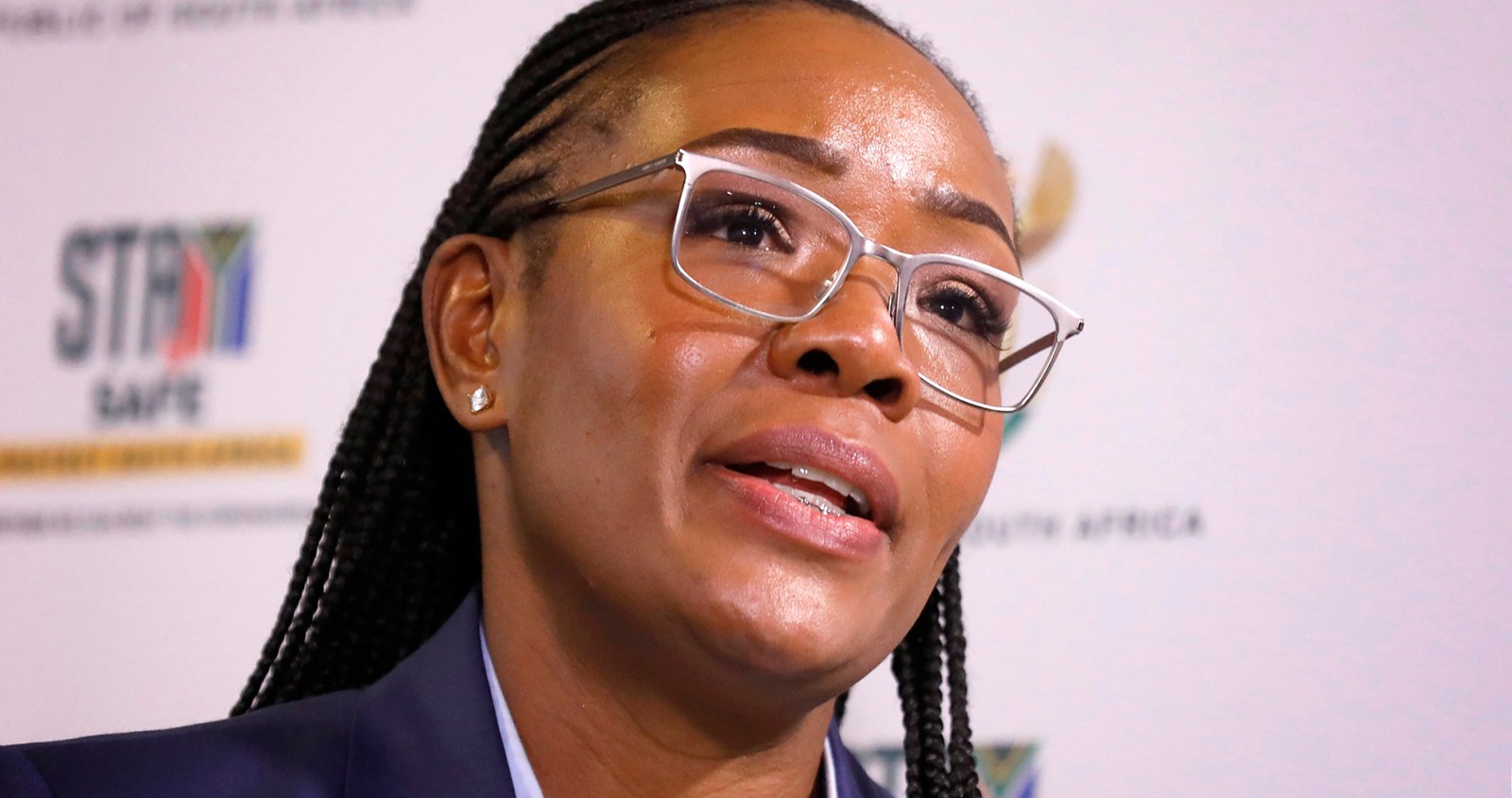 Parliament’s public spending watchdog Scopa has heard of qualified audits for Eskom and Transnet, a disclaimer for Denel — and nothing for SAA because of a lack of financial reports since 2017.

South Africa’s embattled national airline, SAA, could be moved out of business rescue by the end of February even if a potential equity partner remained unnamed for now, Director-General of Public Enterprises Kgathatso Tlhakudi told MPs.

On Wednesday, the Department of Public Enterprises confirmed that SAA was now cleared for the R7.7-billion balance of the R10.5-billion bailout allocated in October’s medium-term budget policy statement (MTBPS).

While this is not new – Daily Maverick reported on this last week – it’s now officially part of the parliamentary public enterprises oversight record.

“Further engagement with BRP (business rescue practitioners) due; an early exit from BR needed,” said a departmental PowerPoint presentation which remained silent on SAA resuming operations. Previous timelines of SAA returning to the skies have all been missed.

“Once the resumption plan has been agreed to, it will be communicated to all stakeholders.”

A certain level of continuing frustration with the business rescue practitioners emerged when Minister of Public Enterprises Pravin Gordhan told MPs the practitioners should be invited to account to them separately.

He said that would have to be nipped in the bud; a special Scopa session on SAA is planned with the business rescue practitioners, Gordhan and his department and perhaps even Minister of Finance Tito Mboweni.

Such a meeting would be interesting as SAA has not produced an annual report or even audited financial statements since the 2016/17 financial year.

“In 2018/19 we started the audit. However, we could not complete it because there were no financials to work on… so we pulled out,” Auditor-General Tsakani Maluleke told Scopa.

“We have audited last in the 2016/17 financial year. There hasn’t been an audit for this year while the entity is engaged in restructuring and business rescue processes.”

SAA is not alone in its failure to submit annual reports to Parliament. South African Express also failed to do so. That airline’s business rescue process is set to bring in R50-million – less than the cost of an aircraft engine – if the necessary bank guarantee is obtained.

State diamond miner Alexkor has not tabled its 2019/20 annual report and financials despite being given an extended deadline due to Covid-19 to mid-November 2020. The same with Safcol, the state forestry company.

On 29 January 2021, Denel managed to table its annual report and financials, garnering the worst possible audit outcome – a disclaimer. Staff at the arms manufacturer have not been paid in full since April 2020, said the AG in his presentation to Scopa.

Gordhan told MPs that a “strong, new leadership” was now in place at Denel, but that more work still needed to be done.

As a result of “substantial progress”, the selling of the Eskom Finance Company is now expected by the end of March.

By June 2020, Eskom had shifted many of its deadlines in the process to split into transmission, generation and distribution entities under an umbrella structure.

And while municipalities owed Eskom R35.3-billion in unpaid accounts by the end of 2020, the presentation pointed to positive developments.

It listed among Eskom’s successes the saving of an additional R3-billion in costs beyond its R7.7-billion target; hiring staff for all critical executive positions and exceeding by 764 the annual electrification connection target of 85,428.

“The utility is adversely impacted by the ageing generation fleet as it is susceptible to unpredictable breakdowns due to legacy issues… apathetic behaviour by some management has also exacerbated the situation,” said the AG in his briefing. He also flagged governance and oversight issues, procurement, consequence management and irregular, fruitless and wasteful expenditure.

Scopa was concerned about these findings, especially in view of a lack of consequences for financial mismanagement.

“We are in dire straits,” said Hlengwa. “We are going to have to have serious discussions on the state of unhealthiness of the SOEs.”

But the SOEs that came under scrutiny on Wednesday are by no means the only ones in trouble. The SABC, for instance, is in turmoil, and the Land Bank, which has already received a R3-billion bailout, needs billions more to set right its agricultural loan book.