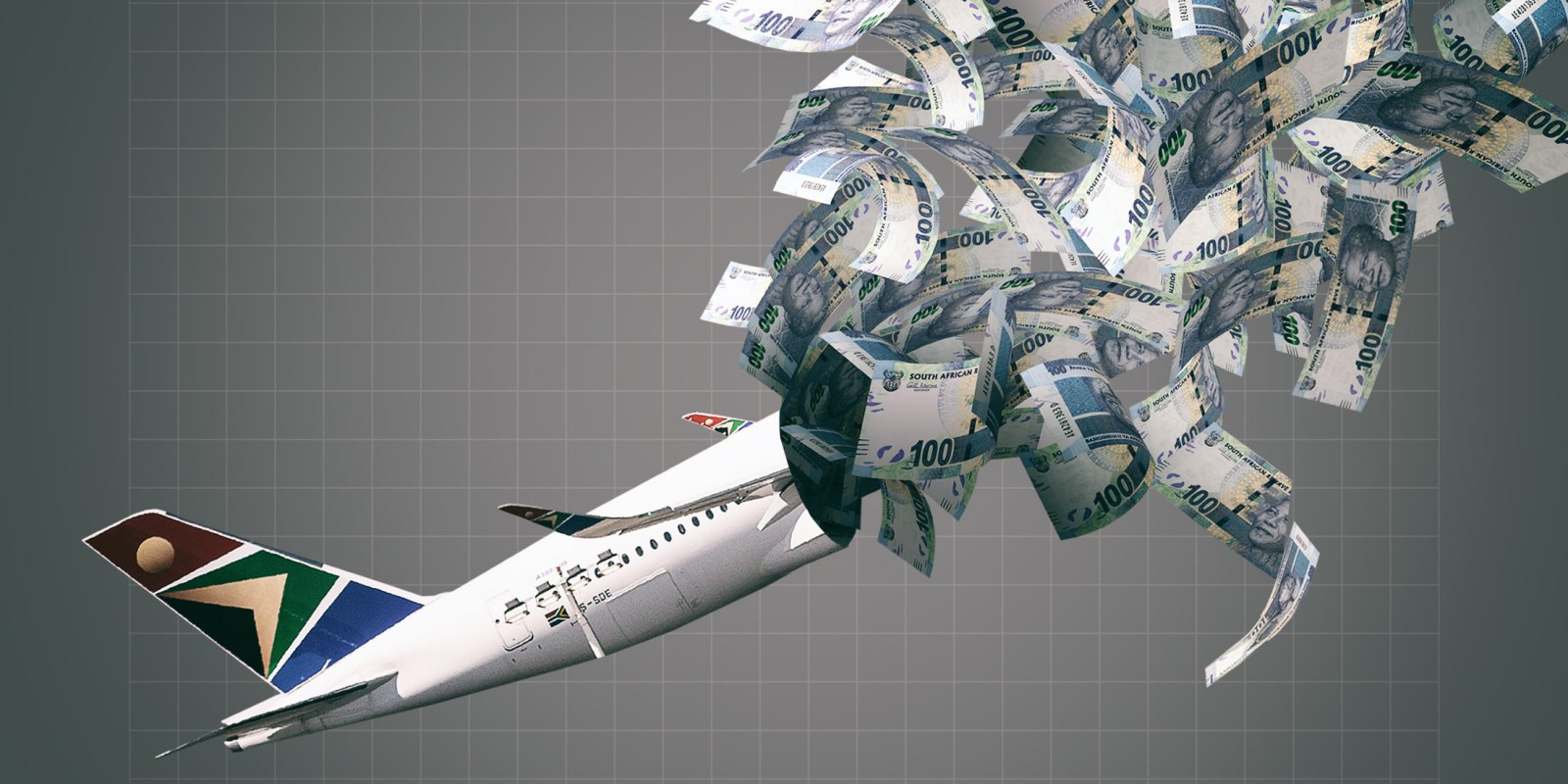 The bailouts worth billions of rand to SAA and Eskom are not new. But the signing of the second Adjustments Appropriation Bill by President Cyril Ramaphosa paves the way for both state entities to receive a bailout bonanza. Ramaphosa would have signed the bill anyway because he’s required to after budgets are presented in Parliament.

The SAA business rescue practitioners will have to wait a few more days before the government can transfer the remaining R7.7-billion to the troubled airline, which is part of the R10.5-billion bailout to cover its restructuring process.

The Department of Public Enterprises, the sole shareholder of SAA, told Business Maverick that the airline’s business rescue practitioners would receive the R7.7-billion in “early February 2021”.

Without the full bailout amount, the SAA business rescue process has stalled for months because the rescue practitioners have not been able to pay all creditors, that are owed billions of rand by the airline. Also complicating the SAA rescue process is that the rescue practitioners, Siviwe Dongwana and Les Matuson, have been left in the dark by the government about when the remaining funding for SAA would be transferred.

The delays in the completion of SAA’s rescue process meant that the airline has failed to return to the skies in January 2021 – as proposed by an approved business rescue plan. SAA is getting left behind in the aviation industry as most airlines have resumed flights under less strict lockdown regulations. The attention of Dongwana and Matuson has been largely taken up by disputes with trade unions representing SAA workers over outstanding salary payments.

On Thursday 28 January, the rescue practitioners were taken to the Labour Court in Johannesburg by the National Union of Metalworkers of South Africa (Numsa) and the South African Cabin Crew Association (Sacca) to pay more than three months’ deferred salaries to SAA workers. In coalition, Numsa and Sacca represent a majority of SAA workers.

In the October 2020 Medium-Term Budget Policy Statement (MTBPS), Finance Minister Tito Mboweni provided SAA with a R10.5-billion bailout to fund the airline’s business rescue process, which is 13 months. There’s no indication of when the rescue process will be completed.

Since November 2020, the Department of Public Enterprises has transferred R2.8-billion out of the R10.5-billion bailout to the business rescue practitioners. The business rescue practitioner office told Business Maverick that the transferred amount would go towards the payment of accepted voluntary severance packages, back-pay of three months for workers, and money owed to SAA creditors.

President Cyril Ramaphosa recently paved the way for the remaining R7.7-billion to be transferred in early February to the SAA business rescue practitioners. On 13 January, Ramaphosa signed the second Adjustments Appropriation Bill, which outlines the government’s spending priorities that are outlined in the MTBPS. It’s the second bill to be passed after the supplementary budget was presented in June 2020 by Mboweni in Parliament. To find R10.5-billion for SAA, Mboweni had to cut budgets of about 30 government departments and key service delivery and social programmes including health, education, transport and security.

The signing of the second Adjustments Appropriation Bill by Ramaphosa means that several state-owned entities, including SAA and Eskom, are now in a legal position to receive funding from the government that is outlined in the MTBPS.

Business Maverick understands that Eskom is also set to receive financial support from the government after Ramaphosa signed the bill. The MTBPS proposed giving Eskom R23-billion during 2020/21, which is part of the R69-billion allocated to the power utility in February 2019 – funds that it can draw down over a sustained period. DM/BM