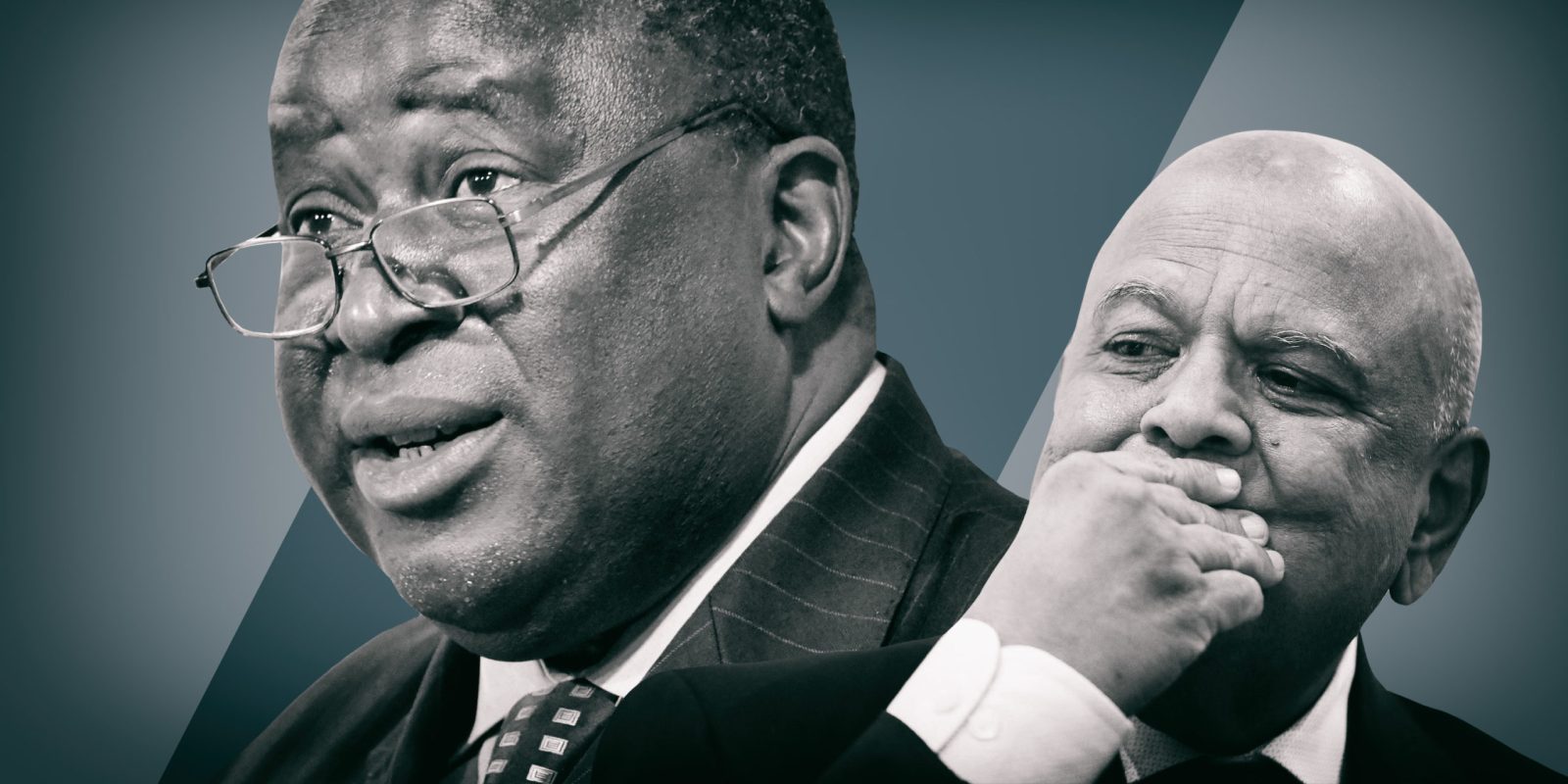 Despite protestations by the Finance Minister that the R10.5-billion allocation to SAA is not a ‘bailout’, it has the hallmarks of undeserved financial assistance. The cash for SAA – or the ‘bailout’ – will come from deteriorating taxpayer funds.

Finance Minister Tito Mboweni has defended his decision to throw SAA a R10.5-billion lifeline – a controversial move that will see budgets of crucial service delivery programmes cut to shift taxpayer funds to the bankrupt airline.

Mboweni has insisted that the R10.5-billion allocated to SAA in the Medium-Term Budget Policy Statement (MTBPS) on Wednesday, 28 October is “not a bailout” because the funds will bankroll the airline’s business rescue process.

“A bailout would have made a huge [cash] injection into SAA. This is not what the budget has done. This is an allocation for the business rescue process,” Mboweni told a joint meeting of Parliament’s standing committee on public accounts on Thursday, 29 October, a day after tabling the MTBPS.

Mboweni contends that unlike previous bailouts to SAA – amounting to roughly R57-billion since 1994 – the latest will set the airline on a path of recovery under a business rescue process. Previous government bailouts have directly funded SAA, helping it to pay debt to lenders and grease corruption networks, while the airline’s financial situation deteriorated further because it last turned a profit in 2011.

The business rescue process, Mboweni said, will wean SAA off from the fiscus for survival because the airline’s financial requirements will be backed by unnamed private investors. He said the government wants SAA to emulate the ownership model of Telkom, which is partially owned by the government. In future, this means that SAA won’t be wholly owned by the government, paving the way for private investors to be introduced. So far, the only potential SAA backer to officially come forward has been Ethiopian Airlines, the national carrier of Ethiopia, which is interested in playing an operational role of providing SAA with pilots, planes and aircraft maintenance services, rather than injecting cash.

Despite Mboweni’s protestations about others calling the R10.5-billion for SAA a “bailout”, it does have the hallmarks of it. The funds for SAA or the bailout will come from deteriorating taxpayer funds.  And, controversially, budgets of about 30 government departments, which roll out crucial service delivery and social programmes, will be cut and reallocated to the airline.

For example, the budget for the South African Police Service was effectively cut by nearly R1.2-billion, higher education and training will lose R1.13-billion, transport will have to do with R681-million less, and the health department will pencil in cuts of R694-million (see table below for further budget cuts). Budget cuts to the health department will inflict more pain at a time when SA is facing the Covid-19 outbreak, which demands the health system to respond effectively to the pandemic. 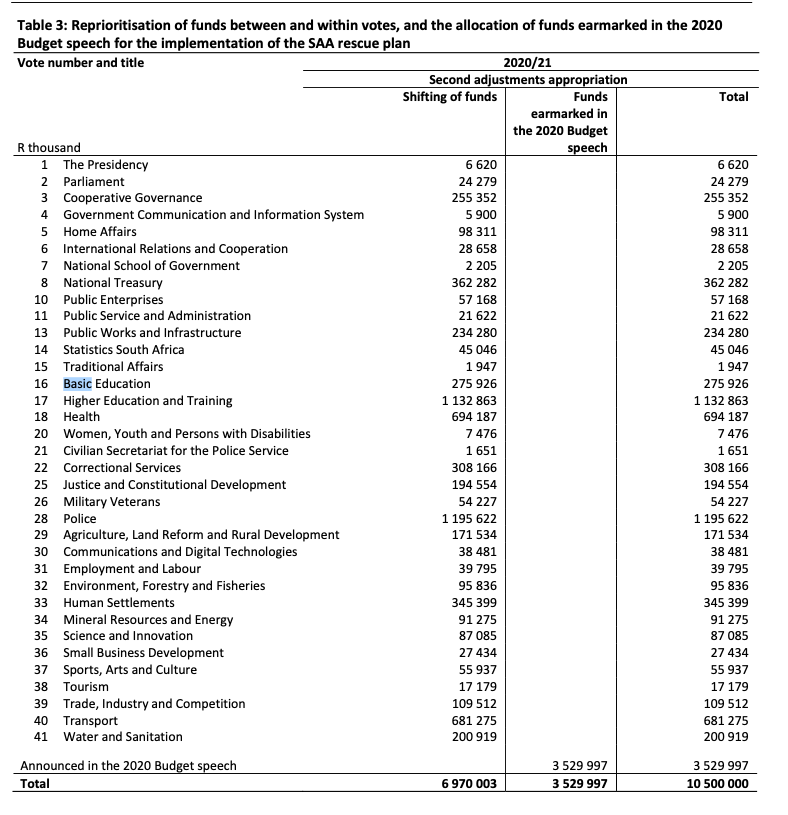 Source: The MTBPS. The total column reflects the total budget cuts of government departments and agencies, reflecting cuts of R10.5-billion, which will be channelled to SAA.

The newly allocated R10.5-billion will fund the implementation of SAA’s business rescue plan, which proposes paying unsecured creditors nearly R2 billion over three years, retrenchment packages worth R2.2 billion to 2,000 workers, and funding the restart of the airline’s flights in January 2021.

Without financial support from the government, SAA would be in danger of liquidation, which entails the permanent closure of the airline’s operations and a fire sale of its assets to pay the outstanding debt.

Public Enterprises Minister Pravin Gordhan, who oversees the financial affairs of state-owned enterprises, welcomed the SAA bailout on Thursday, adding that he is “shocked and disappointed” by criticism against the bailout.

He accused critics of lacking “financial literacy” because an SAA liquidation scenario would cost the government more than R18-billion – more than the R10.5-billion bailout – because it would have to immediately pay lenders their outstanding debt and retrenchment packages that are capped at R32,000 per worker. The next steps after the latest bailout will include the appointment of an interim SAA board, CEO and CFO, Gordhan said in a statement.

But SAA’s fortunes won’t change anytime soon. Aviation experts, including the International Air Transport Association, expect air travel across sub-Saharan Africa and outside the continent to recover from the Covid-19 pandemic in the next three years.

Over the next five years, the business rescue practitioners of SAA, Siviwe Dongwana and Les Matuson, expect SAA to still have a negative cash-flow position. The airline is expected to have a cumulative loss of R59.7-billion between the financial years 2021 and 2025. DM/BM