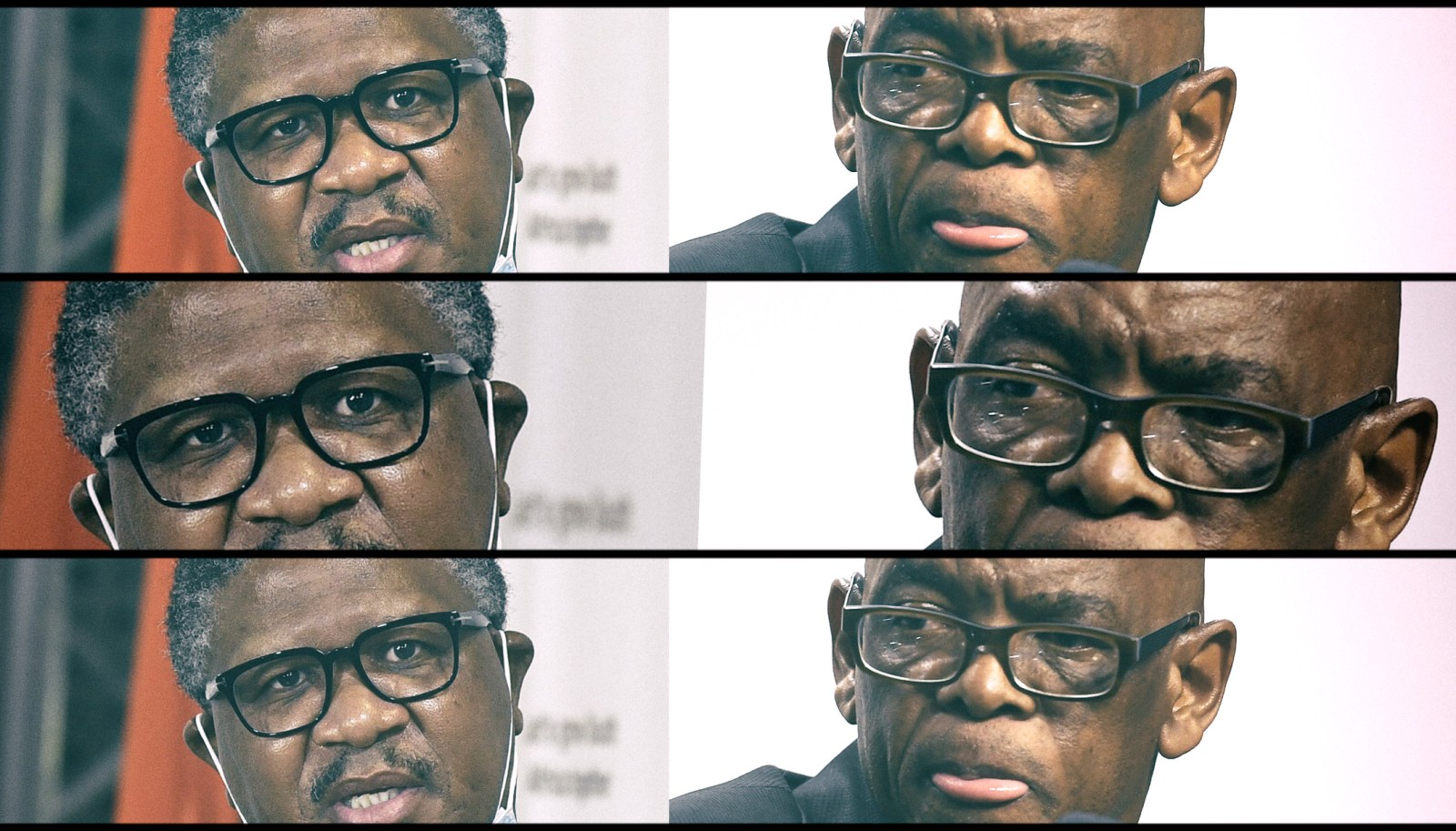 The political week has been dominated by the accusations made by Fikile Mbalula against Ace Magashule’s foot soldiers from the MKMVA, amid intense speculation that Magashule will soon be arrested on charges relating to corruption in the Free State. On Tuesday evening, Magashule responded publicly for the first time.

In responding to Transport Minister Fikile Mbalula’s accusations, ANC Secretary-General Ace Magashule appeared to show that he does not intend to fight this directly in public. But he does seem to be attempting to gain some support in KwaZulu-Natal. However, in a comment which may prove to be crucial to future debates about land and policy, Magashule signalled that he accepts the draft Expropriation Bill as a fulfilment of the ANC’s Nasrec resolution for “expropriation without compensation”.

By Tuesday morning Mbalula’s accusations against the MKMVA and Magashule were being beamed to the nation. On Tuesday afternoon Mbalula gave an extraordinary interview to Newzroom Afrika, in which he said that he stood by everything he had tweeted on Monday.

He then went on to say, on live TV, that the MKMVA was moving with corrupt intent in its protests against the Passenger Rail Agency of SA (Prasa), and that MKMVA spokesperson Carl Niehaus was working for Magashule at Luthuli House. Mbalula said it was not clear what Niehaus did in the secretary-general’s office, but perhaps “he was in charge of organising protests” against the leadership of the ANC.

Mbalula also said that the MKMVA and Magashule had a duty to follow the leadership of President Cyril Ramaphosa, and that while he had not wanted Ramaphosa to win at Nasrec, he had a duty to support him because “he’s my leader”.

Meanwhile, in KwaZulu-Natal, Magashule was in a meeting with the leadership of the MKMVA in that province. The KZN ANC said that the meeting was about the KZN structures of the MKMVA and that Magashule was meeting them in his official position as secretary-general.

Then, in the early evening, Magashule emerged along with the national MKMVA leader, Kebby Maphatsoe, to speak in public and take questions while flanked by several dozen MKMVA members.

He went on: “What we should never do is to listen to what the media say about us. We must resolve our issues internally, we must discuss and debate, you must be free to talk your mind. This is how the ANC has taught us.”

Magashule told the assembled MKMVA members: “You are important. Umkhonto we Sizwe is important. Those who have not fought for freedom, those who don’t know the contribution of MK will always undermine MK.”

He then made several intriguing comments about the KZN ANC. The province has, over the past two years, given every impression of slowly moving towards supporting Ramaphosa, despite going into the Nasrec conference with the majority of its branches supporting the Cogta Minister, Dr Nkosazana Dlamini Zuma.

Magashule said: “In a revolution, there is a counter-revolution… when KZN is divided, the ANC will be divided. You must be solid, you must remain firm, you must be disciplined, you must be respected… respect the leadership of the province.”

This appears to be a gesture of support for ANC KZN leader Sihle Zikalala. Certainly, it is a gesture of respect towards him. It was Zikalala who recently said that those in the ANC who were implicated in corruption must obey the National Executive Committee’s decision that they must “step aside”.

It may now be vital to watch Magashule in KZN in the future. If the province were to throw its support behind him, it could change the entire dynamic in the ANC.

However, it was Magashule’s comments on land and expropriation that may turn out, in the longer run, to be the most important.

It is well known that the “RET faction” (radical economic transformation) comprises those who oppose Ramaphosa and support Magashule and former president Jacob Zuma. One of their demands is that all of the resolutions of the Nasrec conference be implemented, which would include land expropriation without compensation and the nationalisation of the Reserve Bank.

This can sometimes be used to put Ramaphosa under pressure, as it means he would have to make governance decisions that could have a negative impact on investment and the economy.

Magashule referred to this, saying: “We will implement conference resolutions without fail – we are starting to do that. Thoko [Land Reform Minister Thoko Didiza] has started a serious bill on expropriation of the land without compensation. That bill is going to be passed. It is now out there for the public to comment.”

He went on, “Thoko has told us she is going to advertise state land which is available in South Africa. We are starting to implement those resolutions, we will do so without fail.”

This was a reference to the Expropriation Bill which was published by Cabinet on Sunday.

It contains very tightly defined circumstances under which land can be expropriated without compensation.

However, people who study this issue, and particularly both land reform and land restitution, have been very critical of the draft. Both the advocate and author Thembeka Ngcukaitobi and Land Professor Ruth Hall said on Tuesday that this bill would have almost no impact on land ownership patterns. They also pointed out that it did not refer to land restitution at all.

This, then, could have been an important playing field for Magashule and the RET faction – they could have used it to put pressure on Ramaphosa.

But it appears that they are instead accepting the bill. This will be important if the issue again becomes heated in the ANC.

After Magashule finished speaking there was a brief moment for questions.

Magashule explained in answer to the inevitable query about Mbalula that, “We raise matters internally. Sometimes I feel I’m not happy, I’m a member of the NEC… we will engage Mbalula as a member of the National Working Committee, we will engage. I can’t engage him publicly… and try to understand what the issues are.”

One reporter in the scrum then asked him about the role Niehaus plays in his office, what does he actually do for the ANC? Magashule’s response was terse: “Why do you want to know?” He then said Niehaus had been working for the ANC for years.

This is a fascinating insight into a strange situation.

It is well known that Niehaus is a liar and a cheat. He was fired from the ANC as a spokesperson in 2009 after being found to have lied in the past. But he was rehired by Magashule. And Niehaus himself has refused to explain exactly what he does in that office.

It should be no secret what a person in the office of the secretary-general of the governing party actually does for their salary. And yet both he and his boss refuse to divulge this.

It is clear that there are important dynamics reaching an ever-higher pitch. And that Magashule is trying to gain some support for what may be to come. However, the MKMVA, as militant as it may be, will not be nearly enough. It is a “semi-structure” of the ANC and has a corrupt leadership. Speaking in public surrounded by people wearing the camouflage of the MK vets will not be enough to save Magashule.

But it will give him a path to a toehold from which to try to gain the support of other sections of the ANC. It is likely to be a rocky road, though. DM