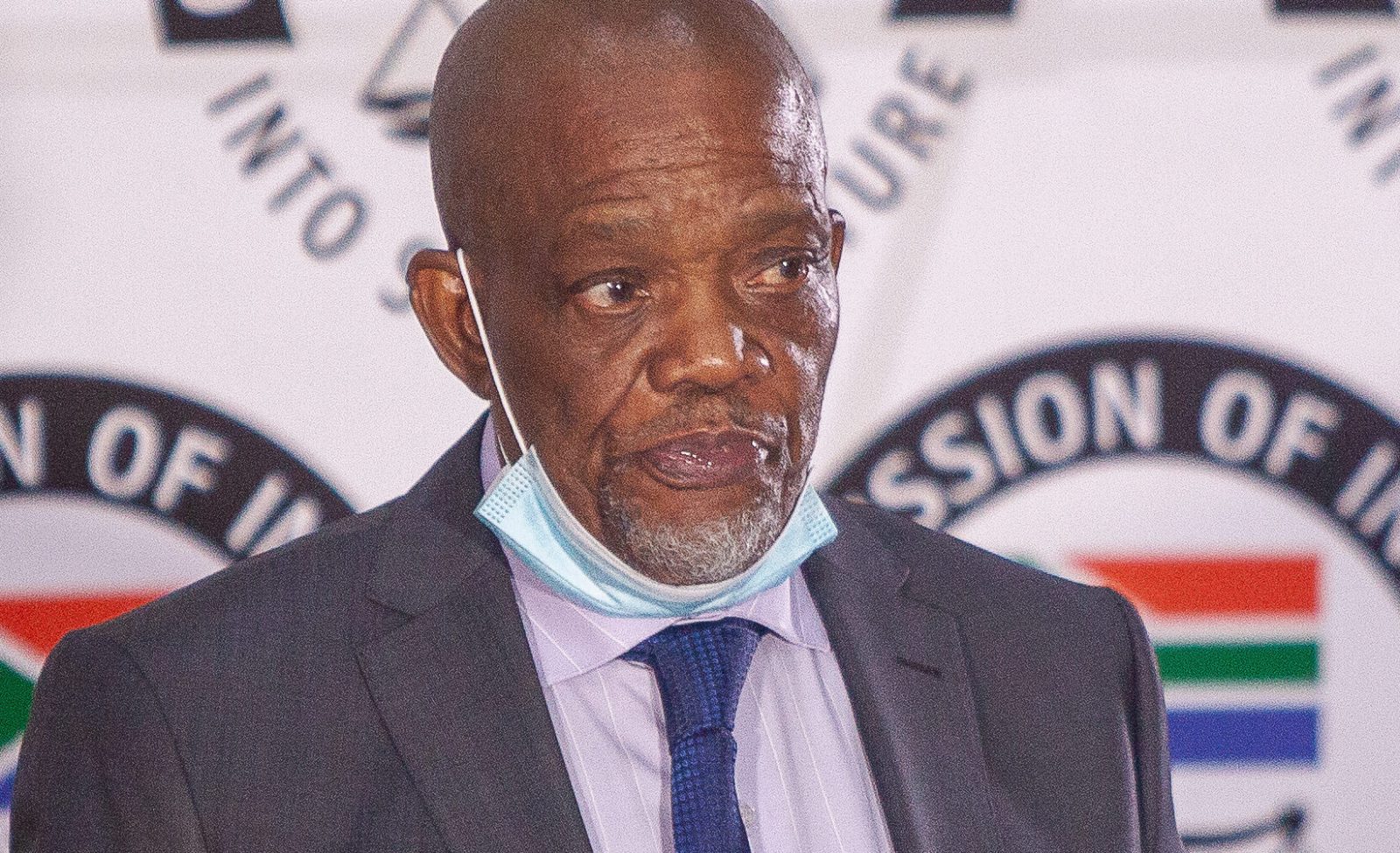 Former SAA executive Nontsasa Memela’s attorney was something of a jack-in-the-box during Thursday’s sitting at the State Capture Inquiry. The chair repeatedly told Lindelwa Mbanja to sit down, saying she was hampering proceedings. Zondo and his team are up against the clock, with public hearings due to conclude in March 2021.

Public hearings at the State Capture Inquiry must, per a court order, conclude in six months’ time. On Thursday 1 October the chairperson, Deputy Chief Justice Raymond Zondo, said the inquiry’s schedule for the rest of 2020 is chock-a-block. Consequently, returning witnesses and applications for cross-examination will be heard during evening sittings.

As the end of hearings nears, time is an increasingly precious resource. Perhaps in light of this pressure, the chairperson’s tolerance has, of late, worn thin. During Thursday’s sitting, which ran from 10am into the early evening, Zondo’s patience – and that of the evidence leader – was repeatedly tested.

As the crow flies

The day’s proceedings marked a return to a leg of evidence on aviation, with particular focus on alleged fraud, corruption and money laundering in North West. Previously, Zondo heard evidence about SA Express and the province’s government.

One witness who has testified on this theme, Babadi Tlatsana, went AWOL after citing fears for her personal safety.

Tlatsana claimed that Brian van Wyk, who is closely associated with the ANC, met her in a restaurant and drew a chart explaining how millions of rands were to be split.

Van Vyk, alleged Tlatsana, told her of millions to be paid to then ministers Lynne Brown and Dipuo Peters, and then North West premier Supra Mahumapelo.

Mahumapelo’s State of the Province Address formed a springboard for Mokgoro’s evidence on Thursday. Mokgoro was acting director-general in the Office of the Premier under Mahumapelo from 2014 to 2015.

“The authorisation followed a process of procurement,” said Mokgoro.

He deflected significant accountability, deferring to a decision of the Executive Committee and insisting he was, in effect, a paper pusher.

Mokgoro asserted: “I am not the one going through the procurement processes.”

Hofmeyr insisted, in terms of the provincial government funds allocated for the airport project, “none of the boxes had been ticked”.

Mokgoro maintained his defence. “My responsibility was not to get into the nitty-gritty,” he said.

Among the legal team’s concerns was the North West government’s decision to appoint SA Express for the airport work at R110-million in the first year. This occurred despite a bid from a competitor for a fraction of the cost (R4.7-million for the first year).

The apparent justification for selecting SA Express over the competitor was that, as a state-owned entity, SA Express was not profit-driven.

Mokgoro testified, “I hate to refer to myself as a postman… the decision reaches me. This is a priority project… and I have to make those funds available, so I then say to Treasury and the other finance people, ‘Process this.’”

Mokgoro maintained he was “trapped” into processing something for which he held no responsibility.

Once Mokgoro’s evidence concluded, Zondo announced re-examination by Mokgoro’s counsel would occur during an evening at a later date in 2020.

The day’s second witness, Memela, fielded questions about her acquisition of a property in Bedfordview near Johannesburg. (It is alleged the acquisition was, in short, a cover for a kickback linked to an aviation deal.)

At the beginning of her testimony on Thursday, Memela schooled both Zondo and Hofmeyr on land acquisition in the rural Eastern Cape as she understood it. By way of a convoluted set of steps, she justified the transfer of millions of rands to her through the alleged sale of land her mother owned in rural Eastern Cape (the local chief disputes that the sale occurred).

Since the former SAA executive declined to provide the inquiry with a supplementary affidavit, Hofmeyr referred to Memela’s remarks in a news report.

Memela disputed the evidence of an expert witness on handwriting, who reported it was highly improbable Memela’s mother had signed certain disputed papers. In retort, Memela said her mother’s handwriting had evolved over 20 years.

However, Hofmeyr noted the expert witness had considered changes to Memela’s mother’s handwriting over time, and still found it highly improbable that she had signed the disputed documents.

During this leg of the day’s proceedings, Memela’s spirited attorney jumped up.

“The reason we are objecting to this: the witness is struggling,” she began.

“What she is demanded to do now is to make a concession that she unfairly criticised the commission,” continued Lindelwa Mbanjwa.

Zondo repeatedly ordered Memela’s attorney (herself implicated in allegations of impropriety) to take her place.

Mbanjwa and Memela made it clear they were aware proceedings were televised, and had a bearing on public perception of the former airline executive.

“I want to appear clean,” Memela said at one point.

Zondo’s patience waned with each of Mbanjwa’s many interjections during Hofmeyr’s session with Memela.

“Ms Mbanjwa, Ms Mbanjwa, fraud and corruption are in the terms of reference for the commission,” said Zondo, following one of Mbanjwa’s interruptions.

Mbanjwa was something of a jack-in-a-box, repeatedly standing in her client’s defence. Towards the end of the day, Zondo had reached a tipping point.

“Ms Mbanjwa, I have had many lawyers come to the commission when their clients are giving evidence. I’ve never had somebody who objects so frequently. It hampers progress,” said Zondo.

In reply, Mbanjwa said she was simply following her professional mandate as Memela’s legal representative.

She asserted that Hofmeyr presented evidence in a negative light.

Mbanjwa promised various points of dispute would be covered during her re-examination of Memela.

“We just believe that the evidence leader, as we have said, doesn’t understand some of the legal provisions,” claimed Mbanjwa.

Hofmeyr replied, “Anything that Ms Memela wishes to place before us, we would welcome.”

Thursday’s proceedings were overshadowed by news that former ANC MP Vincent Smith had handed himself over to police in Alberton, Gauteng.

Smith appeared in the Palm Ridge Magistrates’ Court on the same day. He pleaded not guilty on one count of corruption and one of fraud. He was released on R30,000.

According to testimony, Smith was initially wary of Bosasa’s overtures.

However, according to evidence at the inquiry from former COO Angelo Agrizzi, the company successfully wooed Smith over time.

Recent inquiry proceedings indicate that investigators and legal team members are determined to close workstreams before the deadline of March 2021. These include the workstream on Bosasa.

Proceedings resume at 10am on Friday 2 October.

The former chairperson of the National Assembly, Cedric Frolick, is due to appear.

Like Smith, Frolick is alleged to have received undue benefits paid for by Bosasa. DM