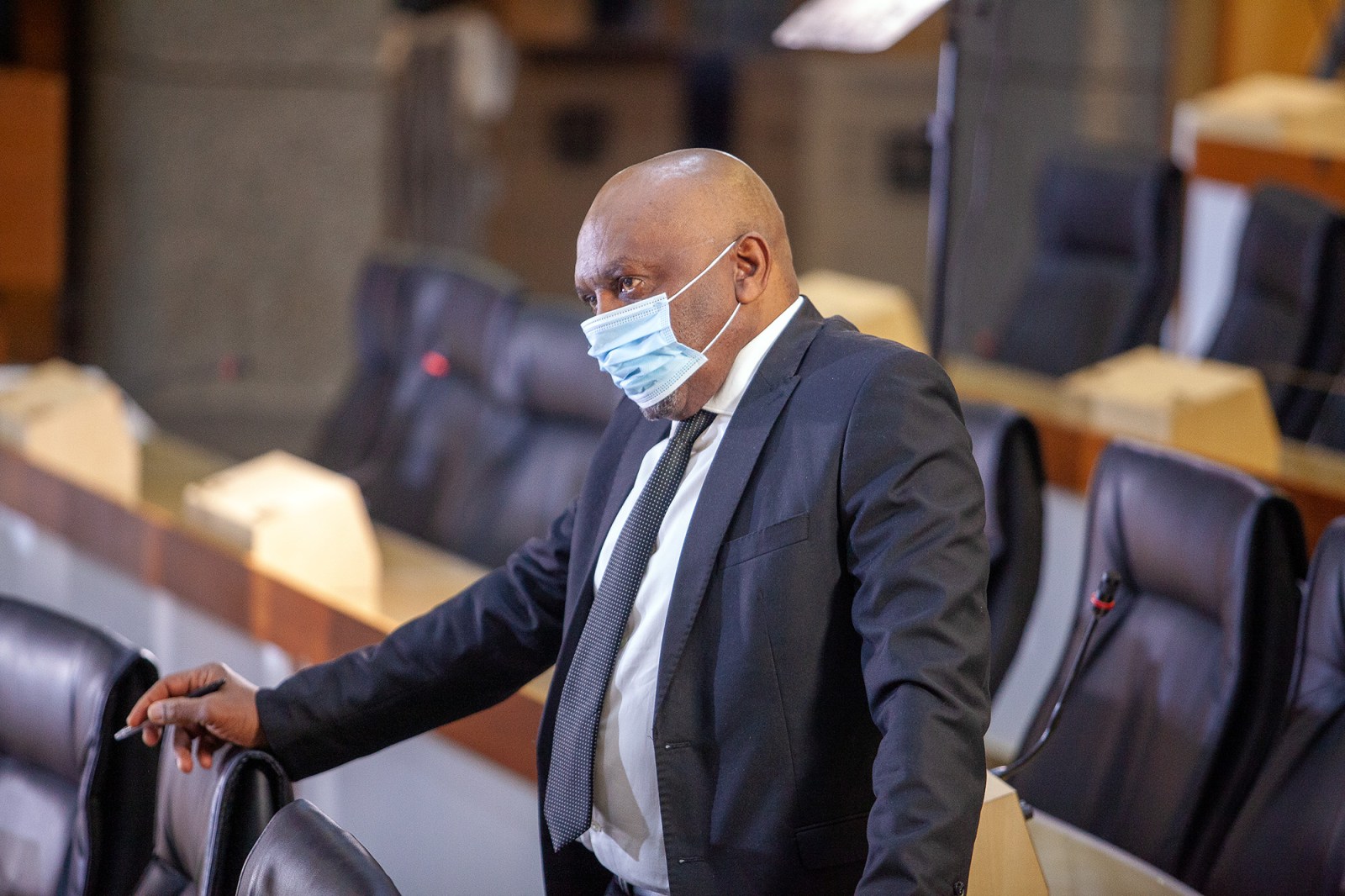 Much of Friday’s proceedings at the Zondo commission focused on a ‘loan’ of over R600,000 from former chief operating officer at Bosasa, Angelo Agrizzi, to former chairperson of the parliamentary portfolio committee on correctional services, Vincent Smith.

In his bombshell testimony earlier to the Zondo commission, Angelo Agrizzi stated Bosasa had made payments totally more than R600 000 to Vincent Smith, who was a member of parliament, but Smith on Friday claimed it was a personal loan from Agrizzi for his daughter’s university fees.

Under questioning from evidence leader advocate Viwe Notshe, Smith, who was chair of the parliamentary portfolio committee on correctional services from 2009 to 2014, admitted that the committee was aware as early as 2009 that the Special Investigations Unit (SIU) was investigating allegations of corruption against Bosasa.

Bosasa, which was headed by Gavin Watson, received numerous lucrative tenders from the Department of Correctional Services (DCS), which amounted to billions of rands over the years. Minutes of the portfolio committee meetings ranging from 2009 to 2013 noted the SIU investigation, with numerous mentions of Bosasa and concerns over contracts awarded to them. One such meeting, of 22 February 2012, noted that longstanding members of the committee expressed surprise at some of the reasons the department gave for extension of contracts to DCS from 2008 to 2012.

It was thus established by Notshe that Smith was well aware of the SIU investigations into Bosasa, and that the company was the recipient of lucrative DCS contracts, such as an R838.3m contract for “nutritional services”.

Notshe then went to Agrizzi’s testimony that he and Watson met Smith and two other MPs at a hotel in Rivonia, Johannesburg in 2011 where “terms of engagement” were agreed. According to previous testimony by Agrizzi, Smith was paid R45,000 and the other two MPs paid R30,000 and R20,000.

In response, Smith said Watson, whom he had been friends with since 1990, had asked him for a meeting in Johannesburg, and as he returned from Parliament to Johannesburg on a regular basis, he agreed.

He said it was usual for people to want to introduce themselves to a new chairperson of a portfolio committee of a department with which they were doing business.

“I told Watson I was uncomfortable to meet him on my own and it was better if I went with someone else from the committee,” said Smith.

Smith has denied receiving money at that meeting, and the issue of a R45,000 payment was not pressed by Notshe, although he asked why Smith did not invite Watson to rather come to Cape Town and meet him at Parliament, especially as he knew there were allegations of corruption against his company.

Smith’s response was he had an existing relationship with Watson and logistically it made sense. Additionally, Smith said, he had been meeting Watson on “other matters”. These “other matters” were not interrogated by Notshe.

Smith said he never discussed the SIU investigations or allegations against Bosasa. This was because there was an undertaking by the portfolio committee not to sabotage the SIU’s work.

He said Agrizzi’s allegations that he was paid to intervene on Bosasa’s behalf through his position as portfolio committee chairperson didn’t make sense in light of his sustained objection to outsourcing by the DCS, which would have included outsourcing to Bosasa.

“The narrative is not borne out by the minutes we have.

“My position was not anti-Bosasa but anti-outsourcing. There were no holy cows.”

However, Smith could not point to any minutes in the committee meetings where he brought up the issue of the DCS continuing to give contracts to an allegedly corrupt company.

“We dealt with the principal, not specific companies,” he said.

But the harshest criticism came in regard to Smith’s loan of over R600,000, which he claimed was a personal loan from Agrizzi, to pay for his daughter’s fees to attend a university in Wales.

Agrizzi testified it was money paid by Bosasa but Smith said it was a personal agreement between him and Agrizzi, whom he approached in 2015, after his tenure as chair of the portfolio committee.

Smith said he was to pay Agrizzi back in 2023 after shares he held in a property development were due to be paid out.

This was a verbal agreement, as by this time he had developed a relationship with Agrizzi as he had helped Agrizzi’s son find employment and Agrizzi had assisted in referring assistance for Smith’s son who had developed “behavioural problems”.

“I did not borrow money from any company,” asserted Smith.

However, a bank statement in evidence showed the payment for the R395,000 was listed as a “car accident resettlement”.

Although Smith declared his directorship of Euroblitz to Parliament, he did not declare the personal loan, although the loan was reflected in Euroblitz’s financial statements.

Evidence was produced by Notshe that the R395,00 was paid into the Euroblitz account from a Bosasa trust account held by their lawyers, and an email from Agrizzi to the lawyers stated it should be referenced as “car accident resettlement”.

Deputy Chief Justice Zondo remarked it appeared this was to conceal the true nature of the arrangement, which did not make sense if it was a legitimate personal loan. Zondo further remarked it was strange that an individual would make a loan of over R600,000 without any written agreement, nor having had sight of the share agreement securing the amount to be paid back.

Further, for Agrizzi to bring the matter before the commission as being part of a corrupt arrangement, meant he forfeited the significant amount of money that would be paid back to him in 2023, unless the money was not paid by him.

Smith agreed that the fact the money was paid to Euroblitz and not into his personal account, and that it was not itemised as a loan, meant it was not on a straightforward inspection directly linked to him personally.

When Notshe asked him what interest rate had been agreed on the repayment of the personal loan, Smith, who was forthcoming through the day’s proceedings, said his legal counsel advised him not to answer the question as it could potentially incriminate him.

Zondo said this did not prevent the commission making a finding on the matter.

Smith insisted he had no authority to determine who was awarded contracts by the department or he influenced who received tenders, and that the loan from Agrizzi took place when he was no longer portfolio committee chair.

The commission into allegations of state capture continues next week with matters relating to Eskom, in particular the suspension of various executives. DM