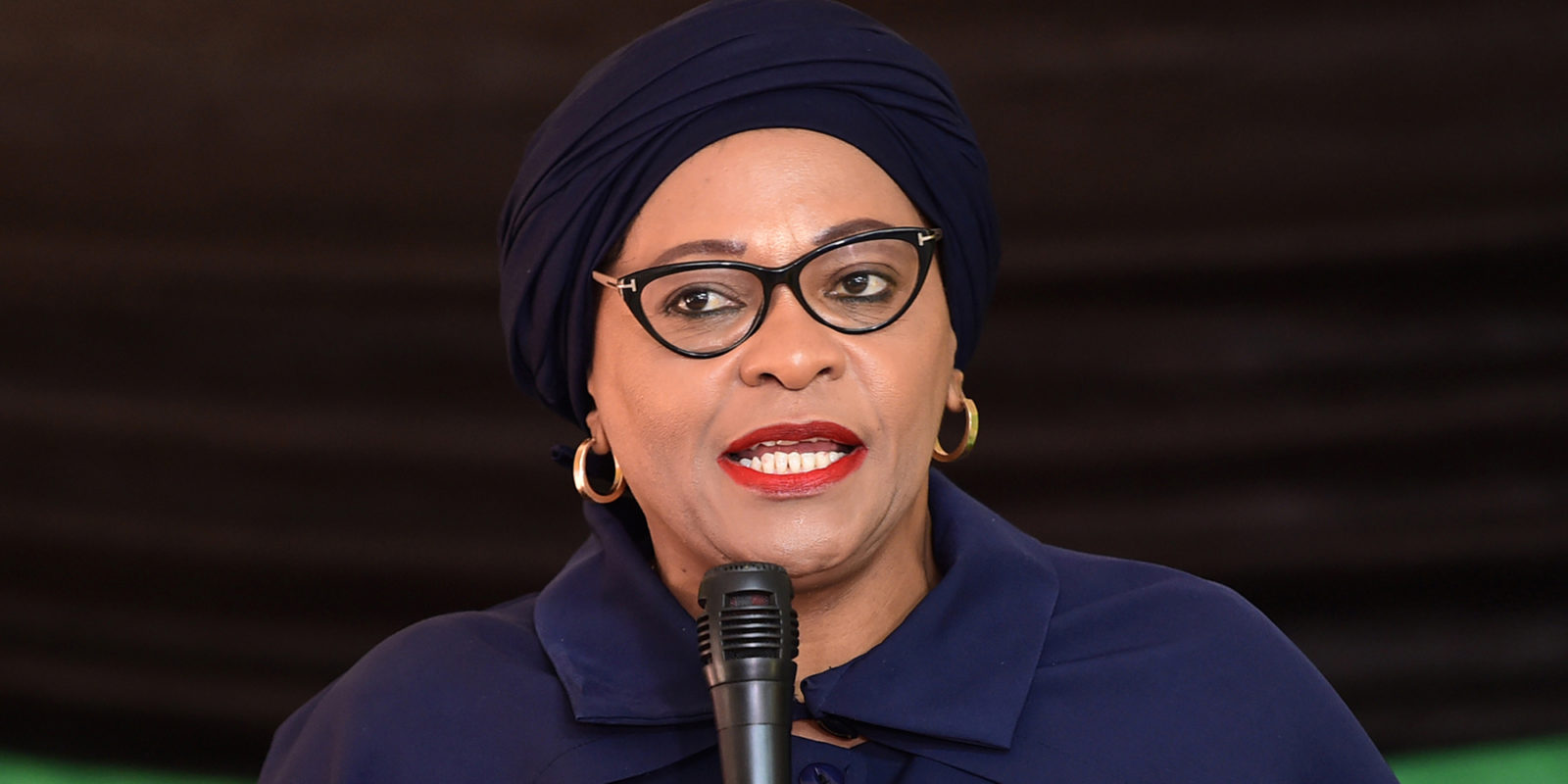 Switching focus this week from evidence about the Passenger Rail Agency of South Africa, the Zondo Commission sat briefly on Monday to hear about Bosasa-related upgrades at former minister Nomvula Mokonyane’s house.

On Monday, testimony at the Zondo Commission of Inquiry into Allegations of State Capture switched back to the Bosasa saga, where a private contractor confirmed he had undertaken electrical upgrades at former environmental affairs minister Nomvula Mokonyane’s home.

Evidence related to the Bosasa facilities management company has featured extensively at the Commission. Previously, former company executive Angelo Agrizzi implicated several ministers and other senior ANC officials, including Mokonyane, in allegations of bribery and wrongdoing. It had been alleged that Bosasa paid for upgrades and repairs at Mokonyane’s house, which came up again before the Commission on Monday.

Mokonyane is no longer in Cabinet and is now based at Luthuli House, the ANC’s headquarters.

Evidence leader, Advocate Viwe Notshe, said investigators from the Commission were at Mokonyane’s home in Krugersdorp on Sunday 5 July to verify the features that had been allegedly paid for by Bosasa. This was done in the presence of her legal representatives, said Notshe. Zondo described Mokonyane as giving “much cooperation” during the visit.

Testifying before the Commission, private contractor Charl le Roux did not speak much, just adding some information to his affidavit that was read out by Notshe.

Le Roux said during his time doing electrical work at the former minister’s house, he worked on lights on a staircase, did some work on the garage and repair work on a small pump in a fountain.

Monday’s hearing was a short one. ANC MP Cedric Frolick, Parliament’s chair of chairs who was alleged to have been Bosasa’s middle man, was also due to testify on Monday. However, he did not testify as Deputy Chief Justice Zondo said Frolick was “physically indisposed” as he was unwell. His evidence will be heard at a later date.

The Commission will continue on Thursday as more Bosasa-related evidence is set to be heard. Proceedings were adjourned on Monday as Notshe said there are still individuals who have not indicated if they would need responses based on Bosasa-related testimony that will be heard this week. DM