As ANC parliamentary committee chairpersons are named, Magashule is left holding all the aces 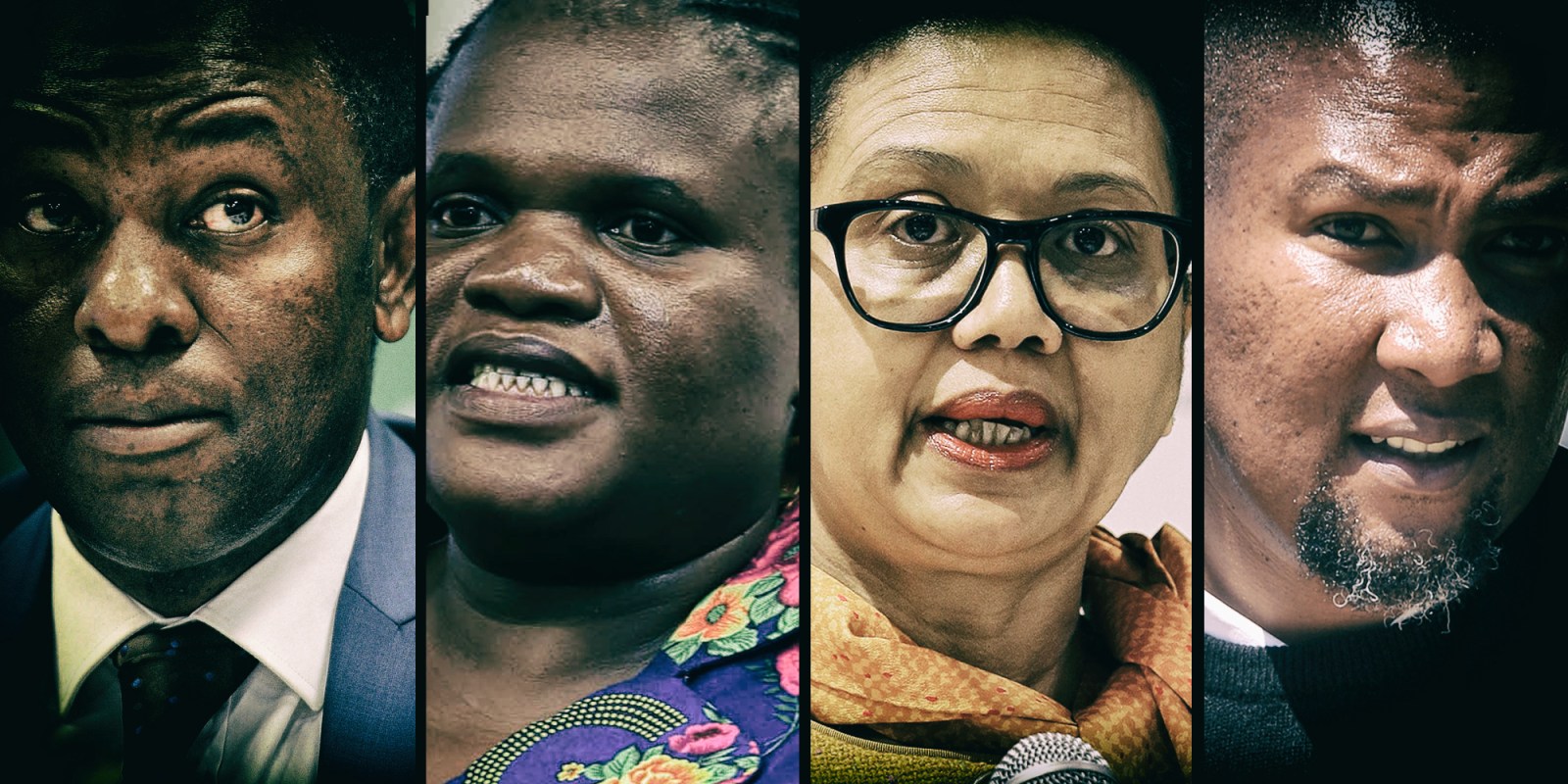 A mix of those fingered in State Capture, alongside former MECs, ex-mayors and one-time members of the Jacob Zuma executive, are now in charge of Parliament’s committees. After a series of delays, ANC secretary-general Ace Magashule on Wednesday 19 June came to Parliament to make the announcement, saying it was a ‘collective decision’.

The announcement of committee chairpersons – key parliamentary posts as they direct and drive MPs’ oversight and legislative work – was meant to have been made on Thursday 13 June at the regular ANC parliamentary caucus. It was postponed at the last minute for further consultations, the shorthand for factional horse-trading.

At Wednesday’s media briefing, ANC Secretary-General Ace Magashule alongside ANC Chief Whip Pemmy Majodina confirmed the announcement had been delayed the previous week due to the need to consult Cosatu and the South African Communist Party (SACP). Before that, discussions had been held on “each and every” name on a list to which the ANC top six officials then made some changes, according to the chief whip:

“We don’t approach deployment in a factional manner… We deploy on experience and capacity”.

Magashule added: “As the ANC officials, we are very happy we have been working together very constructively.”

But Daily Maverick understands there were significant changes made from the committee chairpersons’ list of last week, particularly after the alliance consultations, and Wednesday’s announced incumbents are largely representative or at least supportive of the radical economic transformation (RET) grouping associated with Zuma and Magashule.

“It could have been worse,” was the comment of an insider privy to the behind-the-scenes trade-offs. In some circles on the parliamentary grapevine those trade-offs are said to be part of a compromise agreed to by President Cyril Ramaphosa to fend off a new generation of walking wounded – and a replay of the political mobilisation ahead of the 2007 Polokwane ANC national conference which saw Zuma successfully take on then-president Thabo Mbeki.

Broadly speaking, the ANC’s parliamentary committees are dominated by former ministers and deputy ministers, ex-MECs and one-time mayors, many of whom have also been publicly linked to State Capture, be it through #GuptaLeaks or testimony before the Zondo Commission:

There are other appointments which have raised eyebrows.

Cedric Frolick returns as House Chairpersons for Committee Chairpersons despite being named as a Bosasa middleman by Angelo Agrizzi before the Zondo State Capture commission. And former energy minister Tina Joemat-Pettersson, who during the Zuma presidency pushed strongly for nuclear power stations, how heads the police committee.

Nkosi Zwelivelile Mandla Mandela now heads the agriculture, land reform and rural development committee, where his position as a traditional leader may give rise to conflicts of interest, especially when communal tenure legislation comes up, as is expected during this parliamentary term.

“The ANC’s candidates for some of the committees are frankly shocking and shows a complete disregard for the people of South Africa,” said DA Chief Whip John Steenhuisen in a statement.

“It is clear that Ramaphosa’s attempts at forging a new dawn are being hampered by the ANC’s factional fault lines – with Ramaphosa on one side and Ace Magashule on the other. The Magashule faction won this fight, and will do all it can to undermine all attempts at building a better South Africa for all.”

The ANC would see this differently. Its statement on Wednesday described the selection as the “culmination of a rigorous and a careful process of putting together a capable and competent leadership that will bolster the constitutional role of Parliament to conduct effective oversight over the executive in the interest of the people of South Africa”.

Magashule and Majodina were adamant no clouds hung over any of the committee chairpersons – the ANC integrity commission had cleared all.

“The law allows them to be MPs because they have not been found guilty by a court of law,” said Magashule, adding with specific reference to Muthambi, Zwane and Bongo: “They appeared before the [ANC] integrity commission and the integrity commission did not find them guilty of anything.”

But a technicist narrow perspective on integrity and ethical leadership may not hold sway in the hurly-burly of parliamentary politics, where the opposition, regardless of whether that’s the DA or EFF, will make the most of the committee chairpersons’ dodgy pasts. DM