Parliament: Public Protector’s curious take on her powers as she stands by review of Reserve Bank mandate 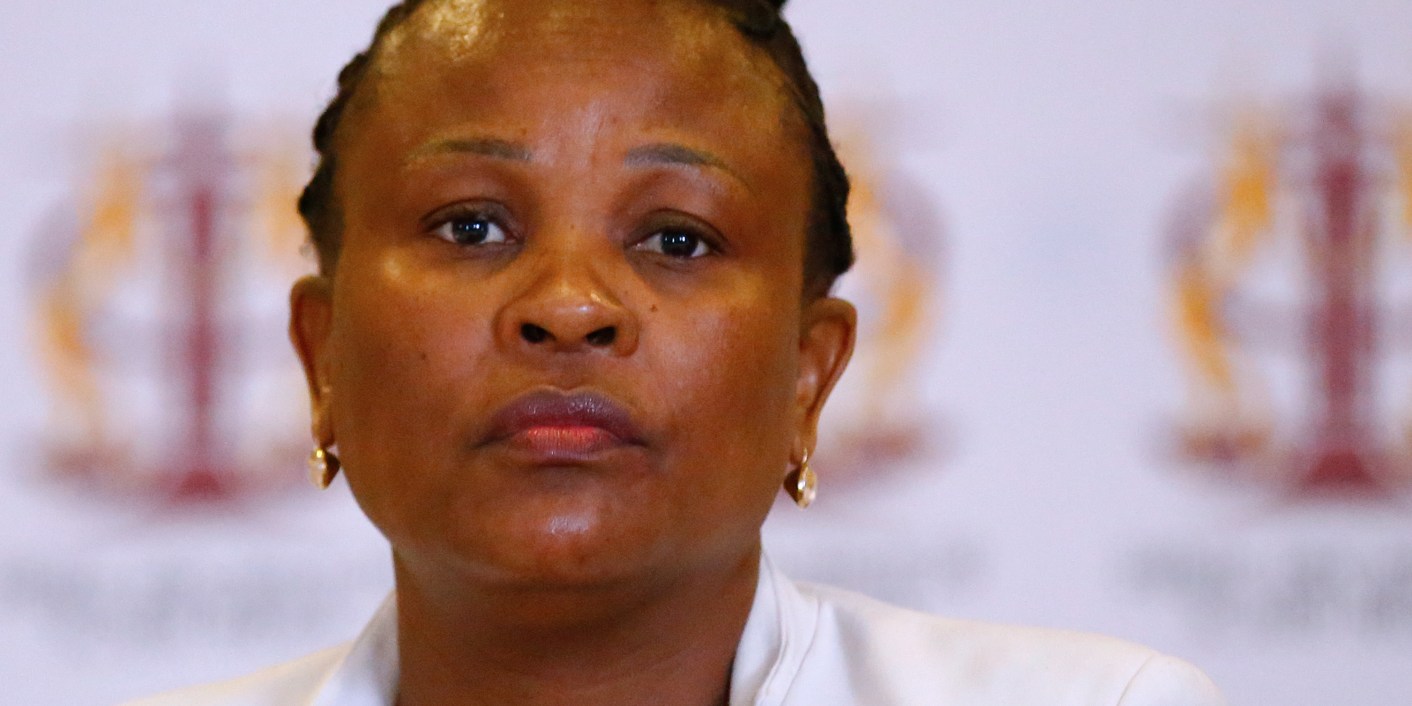 Public Protector Busisiwe Mkhwebane on Thursday stood by her call to review the South African Reserve Bank (SARB) constitutional mandate, part of the controversial Absa Bankorp report, still under court review. She picked up the political ball from ANC MP Bongani Bongo, a vociferous critic of her predecessor Thuli Madonsela, who described that report as “an intelligent move”, adding: “The Reserve Bank matter should be pursued.” Mkhwebane’s response was one of several curious statements in a justice committee meeting in which ANC MPs moved to deflect sharp opposition criticism. By MARIANNE MERTEN.

In a judgment scathing of Public Protector Busisiwe Mkhwebane’s conduct and “somewhat unrepentant alignment with one side of the public debate”, the North Gauteng High Court in Pretoria in mid-August set aside one remedial action, that justice committee chairperson Mathole Motshekga must bring about a constitutional change to redefine the role of the South African Reserve Bank (SARB).

That remedial action went as far as outlining the wording that must be used to amend the current Section 224 of the Constitution so the SARB is responsible for “ensuring that the socio-economic well-being of the citizens are protected” and “to achieve meaningful socio-economic transformation”. Currently the SARB’s primary objective is “to protect the value of the currency in the interest of balanced and sustainable economic growth”.

While this specific remedial action was successfully taken on review to court on an urgent basis by SARB, the ABSA Bankorp report remains under court review for a number of other issues including, according to court documents, on grounds of irrationality, and failure to disclose investigative development to affected parties, like Mkhwebane’s engagements with President Jacob Zuma’s lawyers and the State Security Agency (SSA).

When that Absa Bankorp report was released in June 2017, the exchange rate dipped, wiping out over a billion rand in stocks, amid widespread concern it was part of efforts to tamper with the SARB’s institutional independence. The report came amid ANC policy conference radical economic transformation discussions that ultimately recommended the SARB should be nationalised, while retaining independence. The ANC December national elective conference will decide on whether the bank’s private shareholders would be bought out.

On Thursday, Mkhwebane said the “lesson learnt” was that she could not prescribe to Parliament – it was never her intention to be prescriptive, but to raise an issue that “must be looked at” – and appeared unmoved amid opposition questions on this debacle.

EFF MP Sam Matiase said the public protector had “bungled” the ABSA Bankorp matter, which was “a mistake of monumental proportions”.

“All you should do is resign, not even an apology will help you,” he added. And DA MP Werner Horn asked how it could “be acceptable for the holder of this office to explain it away as a typo”.

But in a poignant reversal to the bruising digs the ANC delivered to former public protector Thuli Madonsela, the governing party’s MPs stepped in to throw Mkhwebane a lifeline. A point of order that the public protector’s integrity could not be questioned without a substantial motion was brought by ANC MP Loyiso Mpumlwana – “To us all you are a very good example of a public protector,” he also said – and upheld by acting justice committee chairperson ANC MP Chana Pilane-Majake.

African Christian Democratic Party (ACDP) MP Steve Swart objected. “The very same attacks were made at Madonsela… I would ask you to bear in mind the history of this committee.”

But Swart was overruled, and at the end of the day ANC numbers held sway in the justice committee’s official statement on the meeting, including the ABSA Bankorp report, which accepted her explanation. “The committee accepts her explanation that she had not meant to instruct Parliament to amend the Constitution, but merely recommending that (it) should be given the necessary attention. The committee is of the opinion that this flawed action should not overshadow attempts to investigate the role of the Reserve Bank in the reduction of poverty in South Africa,” said Pilane-Majake.

No comment was made officially on Mkhwebane’s curious description of her powers and functions as that of “an institution of ombudsman” to assist government to achieve good governance. But, she added, the March 2016 Nkandla Constitutional Court ruling had “changed” this by making public protector recommendations binding remedial actions.

These comments echo the attitude of President Jacob Zuma during the years of controversy over Madonsela’s remedial action that he must repay a proportion of the non-security upgrades at his Nkandla rural homestead. “The role of the public protector is akin to that of an ombudsman and quite distinct from that of the judge,” Zuma argued in a letter sent to National Assembly Speaker Baleka Mbete, who is also ANC national chairperson, in September 2014 as Parliament was looking into this political pickle. “Similarly, reports emanating from a public protector process are not judgments to be followed under pain of a contempt order, but rather, useful tools in assisting democracy in a co-operative manner, sometimes rather forcefully.”

Ultimately Parliament absolved Zuma from any repayment, and the EFF took this to the Constitutional Court, which in March 2016 affirmed the binding nature of public protector remedial actions – unless these are taken on review to court.

And it seems those at the receiving end, and not just the controversial ABSA Bankorp report, are doing that: there are 22 pending court reviews, pushing up legal fees from R500,000 to a budgeted R6-million.

Amid questions over the Office of the Public Protector’s deficit of R18-million – the public protector confirmed approaching the National Treasury for an additional R846-million – ANC MPs again stepped in to assist Mkhwebane over opposition questions on the absence of her deputy Kevin Malunga, saying it was her job to delegate functions in her office.

And that’s exactly what happened: Malunga has been moved into capacity building, or training. Daily Maverick has reliably learnt that one consideration for moving Malunga, who was also interviewed for the public protector’s post, was an adverse security finding by the SSA.

In a letter to Parliament’s ad hoc committee interviewing the nominees, seen by Daily Maverick, the SSA wrote that Malunga was “unsuitable” because he only qualified for confidential, not top secret, security clearance due to the Zimbabwean citizenship he held until 2010. The basis of this finding remains unclear as Malunga publicly confirmed he had renounced Zimbabwean citizenship in line with South African legislative requirements. All 13 other candidates, including Mkhwebane who was employed as an SSA analyst at the time, were given the green light, regardless of default judgments and criminal cases of assault and sale of liquor.

In nine days’ time, the Office of the Public Protector marks its 22nd anniversary of existence and, as Mkhwebane pointed out to MPs right at the start, “I will be marking exactly 365 days in office.” It has been a very different kind of year. DM