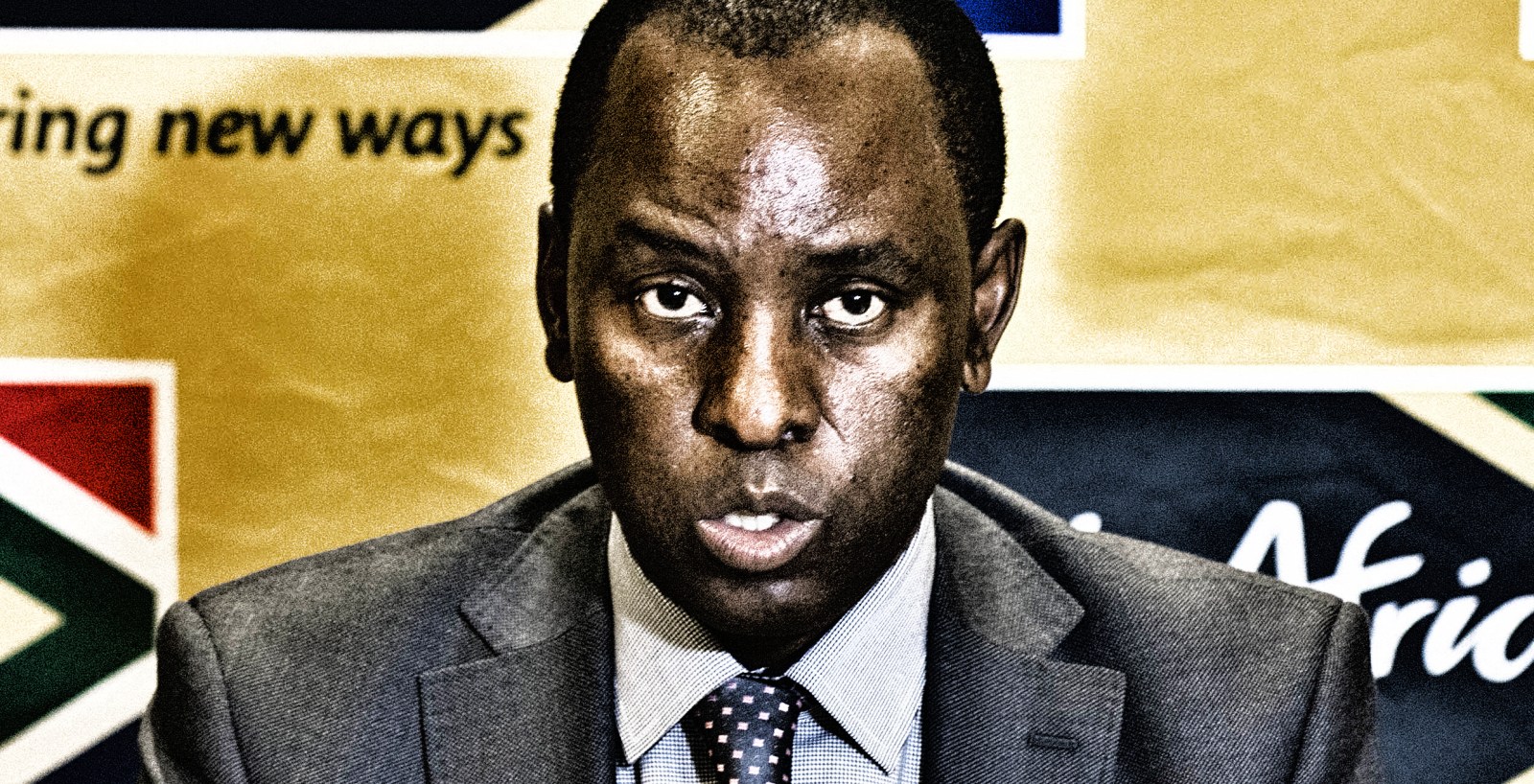 The State Capture Inquiry adjourned on a sombre note on Wednesday, 23 September 2020. The Chairperson was bleak about corruption after a witness was moved to tears.

“It’s most frustrating to hear what I hear at this commission and there seems to be no indication that it is slowing down,” said Deputy Chief Justice Raymond Zondo.

Zondo reflected overwhelming evidence of graft in the Free State, to the detriment of the province’s residents. He listed the Vrede Dairy Project, an asbestos audit and a housing scheme all sullied by gross corruption.

“It looks like there are some people who say they don’t care. They will also get their fair share out of corruption,” he said.

Zondo’s remarks followed the latest evidence on a R1-billion housing scheme in the Free State, which was hatched in October 2010.

On Tuesday, 22 September 2020 the current head of department (HOD) Nthimotse Mokhesi reported R631-million was unaccounted for in the housing scheme.

However, Mokoena was subject to a former colleague’s censure for failing to resist Zwane’s political interference. Zondo interrogated Mokoena on the same theme on Wednesday morning.

“What would you say if somebody comes here and says you have downplayed your role in this matter?” asked Zondo. Mokoena replied, “I disagree with that version. The origin of the scheme came from the MEC as advised.”

Mokoena accused Zwane of trapping him. Evidence leader Advocate Paul Pretorius SC alerted Mokoena that as HOD he was liable in terms of the Public Finance Management Act (PFMA). Why did Mokoena allow Zwane to interfere, asked Pretorius.

Mokoena replied he felt “strangulated” and accused Zwane of instructing him knowing he would be liable in terms of the PFMA:

“I think he was doing this deliberately. He was aware that he was getting into, he was venturing into the environment which didn’t belong to him. I think he was being advised from somewhere.”

Pretorius asked Mokoena about a specific contractor. “Did the MEC Mr Zwane ever tell you anything about that particular contractor and her relationship with the Premier?”

Mokoena replied, “He told me that we must ensure that this contractor gets a contract to build houses in Kroonstad because that is the instruction from the Premier.

“And when the projects had started running, when time comes for the claims to be submitted he [Zwane] would come and tell me to expedite the claims because the Premier [Magashule] wants those claims to be expedited.”

Magashule has repeated an undertaking to testify at the commission, particularly in light of allegations raised in August 2019.

Mxolisi Dukwana, former economic development MEC in the Free State, testified Magashule was a “blesser of many”, unfit to hold the office of ANC Secretary-General.

Magashule’s office at Luthuli House is less than three kilometres from the inquiry venue, where one of the housing scheme’s self-described “fall guys” testified on Wednesday.

Mphikeleli Kaizer Maxatshwa told Zondo six Free State officials were singled out and scapegoated in 2013, whereas his seniors faced little to no sanction.

Seven years later, the disciplinary process is pending at the CCMA. “This matter has taken a toll […] and I’m not saying on me alone,” said Maxatshwa.

At this Maxatshwa’s voice wavered. He grew tearful and briefly bowed his head. He asserted the officials were selectively and unfairly charged: “In the process of travelling this road, in trying to get justice, we lost one of our colleagues.”

Maxatshwa claimed a late colleague suffered depression caused by “this whole exercise of us getting purged by those who have power” in the Free State.

Zondo lamented the human cost of corruption and adjourned on a dismal note. Zwane is expected to appear on Friday 25 September from 10am. DM