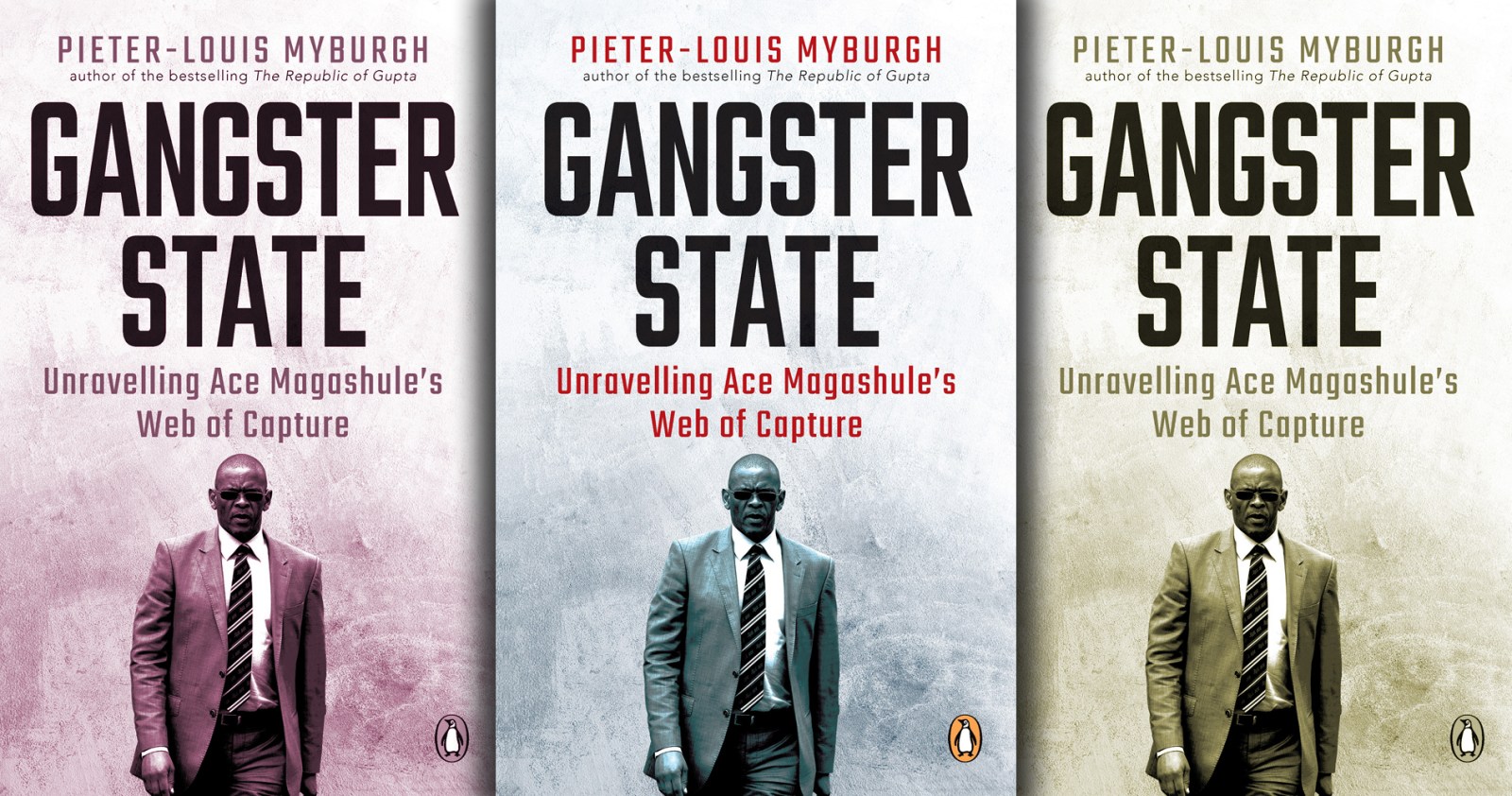 In this explosive book, Gangster State: Unravelling Ace Magashule’s web of capture, investigative journalist Pieter-Louis Myburgh ventures deeper than ever before into Ace Magashule’s murky dealings, from his time as a struggle activist in the 1980s to his powerful rule as premier of the Free State province for nearly a decade, and his rise to one of the ANC’s most influential positions. In this extract Myburgh delves into the links between Magashule and the Hawks and SAPS.

After Cyril Ramaphosa’s victory at Nasrec, his promised ‘new dawn’ broke unexpectedly early, or so it seemed. The new ANC leader had not even formally taken over the country’s reins from Jacob Zuma when, in late January 2018, the Hawks raided the Bloemfontein offices of outgoing premier Ace Magashule. They were searching for possible evidence related to the Gupta-linked dairy venture in Vrede. They also hit the offices of the Department of Agriculture and Rural Development that same morning. “We are looking for documents and any electronic information pertaining to our investigation,” Hawks spokesperson Hangwani Mulaudzi told reporters. “We are going to be here the whole day.”

Many South Africans welcomed this dramatic turn of events. The Hawks, other law-enforcement bodies and the country’s prosecutions authority were all widely criticised for their apparent lethargy and inaction during Zuma’s time in power, especially regarding politically sensitive cases. The raid on the offices of the ANC’s newly elected secretary-general suggested that the police and the National Prosecuting Authority were finally being released from the clutches of Zuma and his allies. The raids in Bloemfontein were followed by one at the powerful Gupta family’s estate in Johannesburg, sparking further optimism about the new regime’s willingness to pursue corrupt politicians and their state-capture partners.

But there is a disconcerting backstory to the Hawks’ operations in early 2018.

About two weeks before the law-enforcement body rolled into the Free State, Kopung Ralikontsane, the director-general in Magashule’s office, allegedly warned fellow provincial officials about the pending raids. “We knew the Hawks were coming well in advance,” one current MEC told me. “Ace’s DG told us to be ready.” Someone within the law-enforcement environment must have tipped off Magashule or one of his colleagues.

The sources I spoke to were not surprised by allegations that Magashule’s office knew about the raid beforehand. “Ace was in total control of the

Hawks and the police in the Free State,” Beatrice Marshoff, Magashule’s predecessor as premier, said when I interviewed her about Noby Ngombane’s murder. A former senior Hawks officer told me that this influence stretched beyond the Free State’s borders. “There were top-level people in the Hawks and the SAPS who were looking out for Ace all these years,” this person alleged. “Whenever a member of the public or a government official laid a criminal complaint that involved Ace or one of his associates, that news would very quickly reach Ace’s ears.”

Judging by an event that occurred shortly before the raid, it seems Magashule had indeed been tipped off. Allegedly, a small group of men removed heaps of documents, computers, printers and other items from the Office of the Premier a few days before the raid. Two sources familiar with the development claimed the men had been instructed to get rid of material that could have implicated Magashule and some of his colleagues in dodgy government deals. My sources gave me the name of a former staffer in Magashule’s office who allegedly oversaw the operation. They also showed me photographs of the computers, documents and other items. It was enough material to fill a small room. A bar code on a computer captured in one of the photos showed that the item belonged to the “Department of the Premier – Free State”.

The small mountain of potential evidence was allegedly taken to a house located in one of the townships on the outskirts of Bloemfontein. I was given an address.

Tiisetso Makhele, the spokesperson at the Office of the Premier, said the Free State provincial government rejected the allegations “with the contempt that they deserve”. He claimed the Hawks “seized all the items they were searching for as part of their investigation’”.

My contacts in the police and in the province’s political set-up, however, said they were sure Magashule had been warned about the raid. They also feared that future police investigations would be similarly compromised.

One of my sources, the former senior Hawks officer, said Magashule’s influence over key personnel in the law-enforcement environment did not end when he vacated his Bloemfontein office for his new position at Luthuli House. “As SG, Ace is still making himself heard within the SAPS and the Hawks,” alleged this source. “He is close to some very senior people in the police’s national structures.”

This was one of Zuma’s final major appointments. Sitole subsequently appointed Tsumane as one of his deputy commissioners. Tsumane had led the SAPS in the Free State from late 2016  until his promotion to the national office in December 2017.

Of particular concern is the fact that the two former Free State commissioners are implicated in an alleged plot to buy votes at the 2017  Nasrec conference using ‘laundered’ funds from a dubious Crime Intelligence (CI) operation. The Independent Police Investigative Directorate (IPID), which is investigating the matter, has alleged in court papers that Sitole, Tsumane and other SAPS and CI officers pushed for the procurement of surveillance equipment shortly before the ANC’s elective conference. The equipment was reportedly valued at about R7 million, but the SAPS and CI head honchos were allegedly willing to pay R45 million for the device.

The difference of about R38 million would then have been used to buy votes for an unnamed “faction” at Nasrec, IPID has claimed.  The court filings do not specify which faction was to benefit from the alleged scheme, but they offer pretty strong hints. King Bhoyi Ngcobo, one of the CI officers implicated in the saga, is one of Jacob Zuma’s former bodyguards.

If Magashule does have a few top cops on his side, South Africa remains in peril, especially in light of his apparent contempt for the outcome of the Nasrec conference. At an ANC Youth League gathering in January 2018, Magashule urged party members to “work hard” so that “the ANC that we know returns”. The alleged Durban plot of September 2018 by Zuma, Magashule and others to challenge Ramaphosa’s leadership spells more trouble.

Any suggestion that Magashule’s faction has allies within police or intelligence structures needs to be probed and dealt with immediately, lest these vital agencies get sucked into a dangerous political battle. For Magashule, there is more at stake than political power. The ANC secretary-general is alleged to have presided over a decades-long state capture scheme in his home province. This may yet land him in some serious trouble.

This book and the myriad media reports over the years should contain enough material to at least prompt the authorities to begin looking in the right places. But that will only happen once the Hawks, the SAPS and the NPA are released from the clutches of their captors. In this regard, Ramaphosa’s “new dawn” has so far been just that – a faint glimmer of hope peeking over the horizon. What this country needs now is direct sunlight. The ANC’s secretary-gangster and his cohort need to feel the heat of a truly independent and unfettered law-enforcement environment. DM