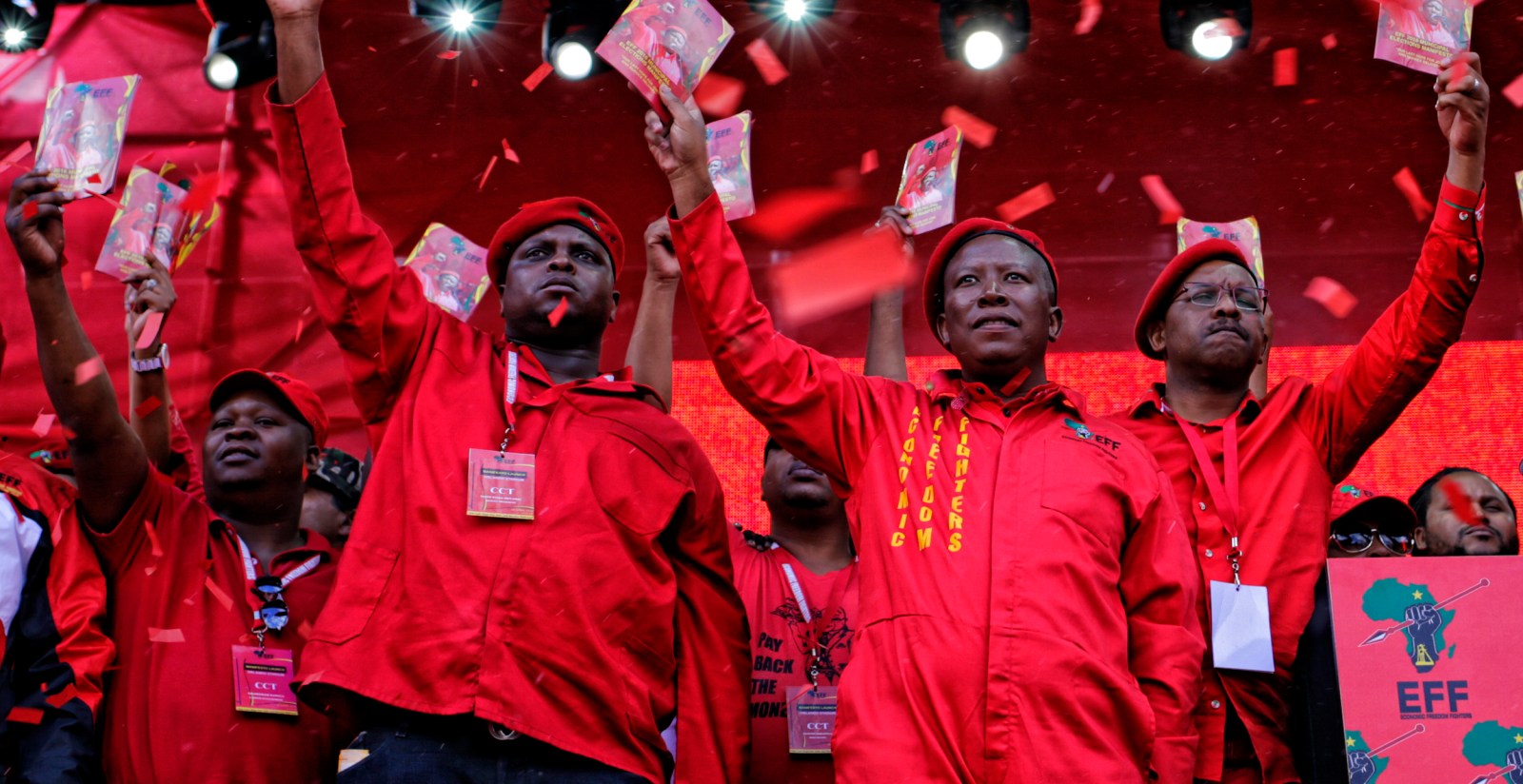 If moderates stop voting, the voices of those who do vote on the fringes of the ideological spectrum will grow dangerously louder.

Last week saw the EFF holding sometimes violent protests against the racist advert published by Clicks. At the same time, the DA said it was now going to pursue a policy of what it calls “non-racialism”, which means it will not support race-based affirmative action or black economic empowerment.

Throughout these developments, it appeared that the “middle ground” of our politics had fallen almost silent. This may be an important moment in a longer-term trend, suggesting that the middle of our politics is weakening. Considering our racialised inequality, this is an important dynamic that could lead to more turmoil in the future.

It was a week dominated by the EFF’s violent protests against Clicks, after it published a racist advert, created by Unilever SA for its TRESemmé brand, caught the public imagination. This was part of a longer-term strategy of being seen as the only organisation able to stand up to racism.

It appears that the EFF believes there is significant support to be found in being seen as leading the fight against racism, and in protecting black people from it.

It is likely that its strategy will find support, because many white people and some corporates do still behave in a racist manner, and the lived experience of many black people is that white people are indeed still racist.

During this period last week, a debate sprung up around whether the EFF was wrong or right to use these tactics. Some said that they were pleased someone was fighting racism, others were incensed that the party’s members and supporters appeared to push an eNCA reporter away from them, because they did not want her to report on what they were doing.

Meanwhile, the DA’s leaders did interview after interview explaining their new policy of “non-racialism”. Their policy means that they will oppose black economic empowerment and race-based affirmative action. The party has said that it is doing this because it believes South Africans do not want race-based redress. It also says that it is worth losing the support of some voters over this, because it is the right thing to do.

It seemed last week that the party which has previously occupied our middle ground, the ANC, was largely silent. While its deployees in government condemned both the advert and the EFF’s behaviour, its response was at best muted.

Parties in the middle, with broader constituencies, usually find it difficult to speak loudly on particular issues. This is why both AfriForum and the EFF can sound louder on some issues, because they are representing narrower constituencies and can speak more freely with less concern for the intensity of their positions.

In many democracies, winning an election is about winning the middle. If two parties on the Left and Right both have the support of roughly 40% of voters, the battle is over the 20%, the “floating vote” in the middle. This is why in the US categories of people seen as in the “middle” can achieve mythical status, for example the “soccer mom” or “suburban college-educated woman”. If a party wins a majority of constituencies within the undecided band, it wins the election.

In South Africa for many decades, generally speaking, the ANC has dominated the middle. While its position in the middle might have weakened its voice last week, it may be that the party’s internal debates and struggles over corruption may be distracting it from getting involved. It is also possible that different factions within the party have different views on the EFF’s tactics.

At the same time, whether the DA also forms part of the “middle” of our politics is debatable. Certainly, in the past, it has shown signs of being part of a big middle ground block with the ANC. But some may see their “non-racialism” as a significant move away from such space.

In some ways this dynamic, a weakening of the middle, is demonstrated by the number of people who claim that they “have no one to vote for”. This is a sign of frustration and a suggestion that our politics is stretching voter choice towards the extremes.

Over time, this has the potential of being an extremely dangerous development. Almost by definition, most people’s political views are not extreme. If they feel that there is no one to represent them, they will move away from formal politics and stop voting. This has the impact of again helping the extremes. In other words, if the middle weakens, a vicious cycle can start, leading to people in the middle not voting, and thus strengthening the voices of those who do vote, and for the parties on the fringes of the ideological spectrum.

And now, for the bad news: In South Africa, the extremes are very… extreme.

For these voices to dominate the debate is unlikely to be a positive outcome for our society, or any society. Instead, it would result in an ever-increasing polarisation among the communities.

Can, and will, this process continue indefinitely?

Leadership may be an important part of this. If voters believe they can trust a certain personality in the middle, they might lend that specific candidate their support. Particularly if that person appears to be a competent leader committed to solving the problems in our society. This would give voters someone to vote for.

The behaviour of those on the “extremes” might also turn voters off; they may overreach. And, in the case of the EFF, they may find that support on the ground for campaigns does not translate into voter support.

It is difficult, at this stage, to predict how this dynamic will continue. But for the moment it appears possible that greater polarisation could be an important dynamic in our future.

The end result of this can be very destructive. Society can be continually convulsed in arguments that never end, with identity pitted against identity. People are forced to pick polar opposites even if they don’t want to. As a process of movement towards the extremes continues, the ANC itself could find that its different factions become more extreme too, that its own gap in the middle widens.

All of this leads to the greater prospect of civil unrest with no end in sight. And that, in turn, leads to despair and greater anger, and greater despair again.

In the past, that has led some countries to the precipice and beyond. It is a prospect worth avoiding. DM