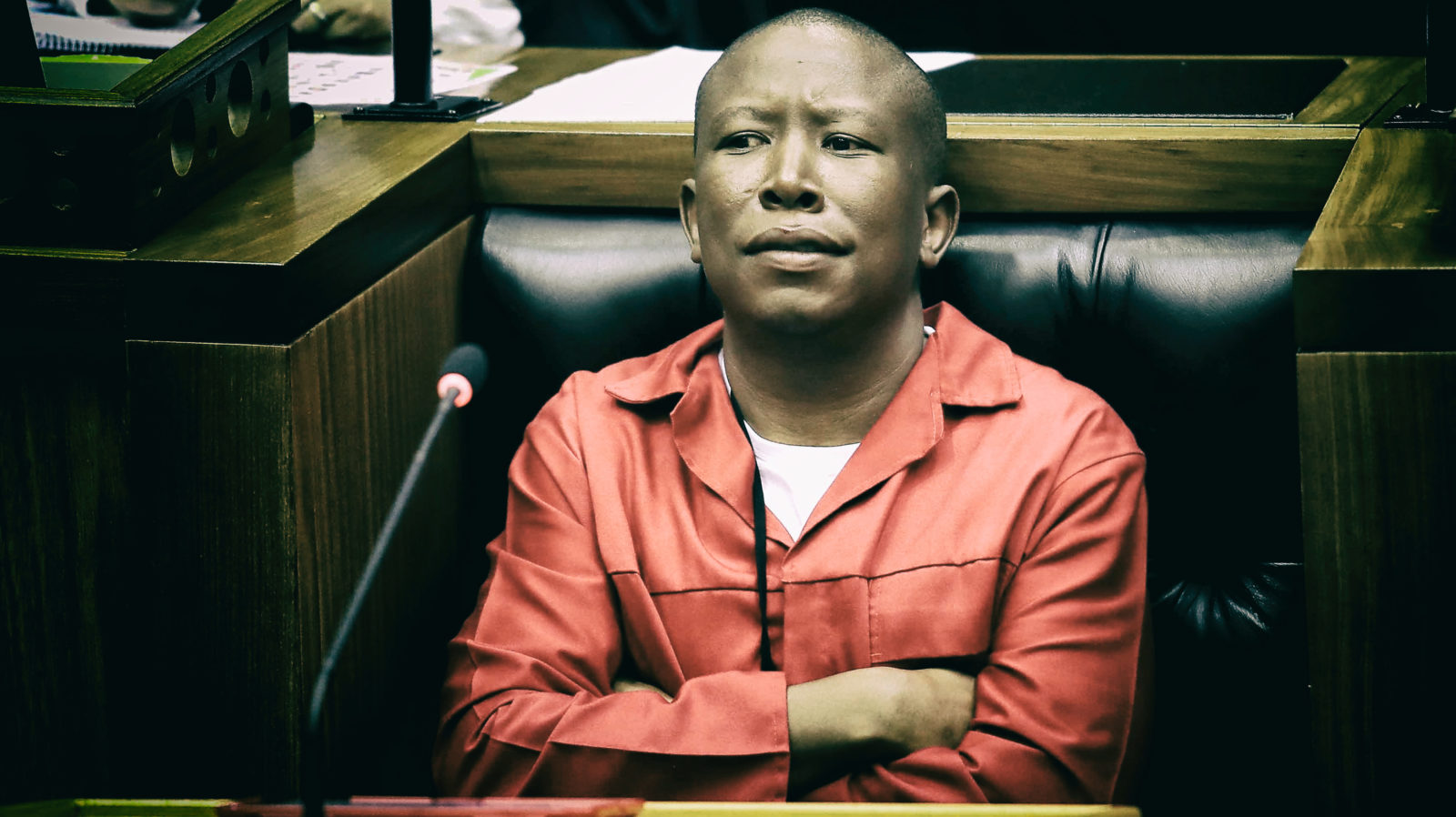 CAPE TOWN, SOUTH AFRICA – FEBRUARY 12: EFF leader Julius Malema during day 1 of the 2019 State of the Nation Address (SONA) 2019 debate at the National Assembly on February 12, 2019 in Cape Town, South Africa. Members of Parliament gathered to question President Cyril Ramaphosa address, which took place on February 07. Ramaphosa is due to respond on February 14. (Photo by Gallo Images / Sowetan / Esa Alexander)

The South African Human Rights Commission (SAHRC) released its findings on Wednesday on the hate speech complaints lodged against Economic Freedom Fighters (EFF) leader Julius Malema and other members of the party. In short, his utterances do not constitute hate speech.

Five complaints of hate speech levelled against EFF leader Julius Malema and a member of his party have been dismissed by the South African Human Rights Commission.

Four of the hate speech complaints lodged were against comments made by Malema while the fifth related to utterances by Godrich Gardee, Secretary General of the EFF.

In 2016, after a court appearance, as reported by Business Tech, Malema addressed a crowd of supporters and said the party is not calling for the slaughter of white people, “at least for now”. In another incident, Malema made a comment at a rally in KwaZulu-Natal about Indians mistreating black people in the province. The third complaint was in relation to the singing of the song “Kiss the boer” (a parody of the song Kill the boer) by Malema during a Human Rights Day address in 2018. The last complaint lodged against him related to a statement he made also in 2018 when he said the majority of Indian people are racist.

Announcing the findings, Advocate Bongani Majola, chairperson of the SAHRC said, “the commission considered each complaint individually, and on its own merit, because the events being complained of happened at different times, different places and in different contexts,” adding that all five complaints were found to not to amount to hate speech after a rigorous legal and constitutional procedure was followed by the commission.

“On the basis of that analysis (by legal officers) and other considerations, the commission came to the conclusion that while the complaints may be quite offensive, they do not meet the legal threshold to qualify as hate speech,” Majola said.

Dr Shannelle Van der Berg, a senior researcher for the SAHRC Research Unit said that the context in which such occurrences happen is central in determining whether a statement constitutes hate speech. There also must be a threat of imminent violence. This was not the case in each of the five cases, the commission contended.

Despite its findings, the commission said it found the statements made by Malema to be offensive even though legally they do not constitute hate speech.

Majola said discrimination on the basis of race is an emotive issue in South Africa, which should be considered.

“Wherever and whoever it comes from, we have to bear the emotive and divisive nature of the hate speech in mind,” he said.

He said more legal clarity on what constitutes hate speech was needed because even the Equality court’s rulings on hate speech were not unanimous.

“Partly because the law itself in this regard is not yet crystal clear and partly because we wanted to view and review the conclusions that the legal principles seemed to be compelling us towards,” EWN quoted him as saying.

When Daily Maverick asked whether the commission was considering drafting guidelines for the public pertaining to hate speech, the commission said there is no general rule that can be applied to all cases since their nature differs. DM