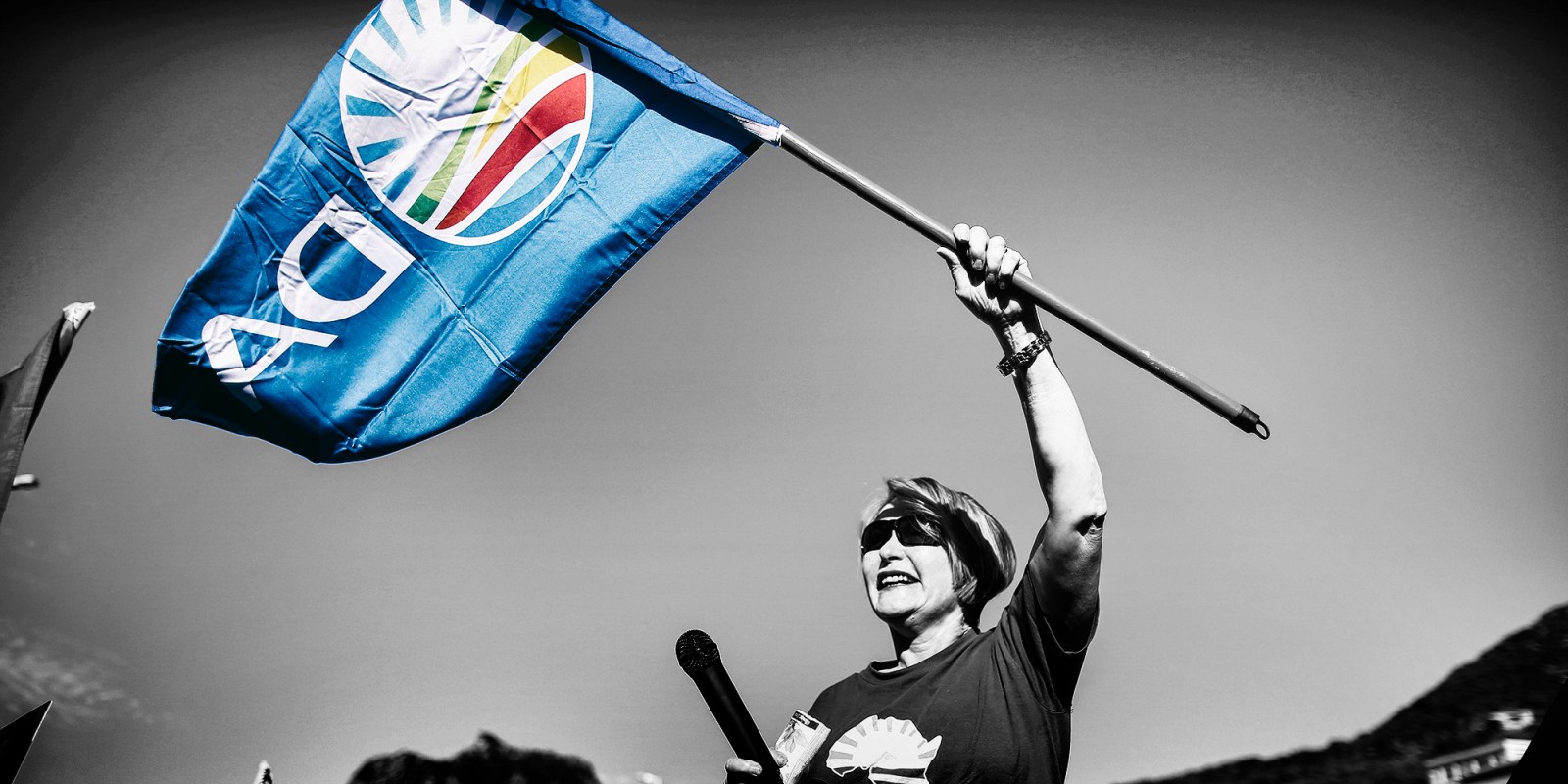 From being in a situation of making strong progress in 2018, the DA is now giving every impression of weakness and increased chaos, says the writer. (Photo: EPA / Nic Bothma)

Over the weekend the Democratic Alliance decided that it would not include the word ‘race’ in its policies around redress. At the same time, there was more reporting about turmoil within the party. Should the leadership election in two weeks bring more damage to the party, it could have a massive impact on SA politics in the medium term.

There can be no doubt as to the importance of a strong opposition party in a democracy. In the UK it is unlikely that the Conservative Party’s inner divisions would have resulted in Brexit had it not been for the fact the Labour Party was led by Jeremy Corbyn, who was widely seen as sympathetic to socialism. It is but one example of how a weak main opposition party that’s riven by internal disagreements can result in a bad outcome for the entire country. If the governing party is left to rule the country unchecked, and especially if that governing party knows very well there’s no external pressure, the result is usually a de facto one-party rule – and no democracy ever benefited from such a state of affairs.

What appears to be the current weakness of the DA (along with the apparent lack of progress of the EFF) means that the ANC is not necessarily feeling pressure to change for the better.

The decision by the DA this weekend to adopt a policy position of what it calls “non-racialism” may sound innocuous. It means that people are not judged by their race, that they are judged, not on the colour of their skin, but by the content of their character.

The full text of the decision reads thus:

“Non-racialism is the rejection of race as a way to categorise and treat people, particularly in legislation.”

In later interviews, DA policy head Gwen Ngwenya said this meant that if poverty is used as a metric, the same people will be helped in the end, because the vast majority of poor people are black. She said that if a means test is used, you can both help the poor and move away from apartheid-style policies.

In some ways, this is the culmination of a process that possibly has its roots in the party’s loss of votes in the 2019 elections. The main shock was that it lost votes in Gauteng, a province in which it hoped it could dislodge the ANC from power (in the end, it was very close, but the DA still won fewer votes than in 2014). The intense post-election internal debate eventually resulted in Helen Zille being elected to the position of chair of the Federal Council of the party, which in turn caused Mmusi Maimane’s resignation as leader. Herman Mashaba soon followed suit.

Mashaba’s exit allowed the ANC to gain power in Joburg (through a DA councillor turning his back on the mandate he had been given by voters). At the same time, in Tshwane, a scandal involving Mayor Stevens Mokgalapa forced him to resign, and the chaos there ended up in the ANC-governed Gauteng taking it into administration, which has been since ruled illegal by a High Court (the Gauteng government is appealing the decision).

In short, from being in a situation of making strong progress in 2018, the DA is now giving every impression of weakness and increased chaos.

It appears that most of its provincial leaders now face some kind of disciplinary action, while one its highest-profile MPs, Phumzile van Damme, tweeted on Sunday that she had found out about the charges against her from the Sunday papers.

As she put it so succinctly on Sunday on Twitter, “We are led”.

The fact that some delegates classified as “non-voting” were able to vote on policy positions at the conference will add to that impression (the party says the problem was picked up and rectified very quickly).

On the surface, the DA may well claim something very different. It could say that the fact it was able to agree to its main policy positions on Saturday after just three hours of virtual debate with 200 delegates is proof of its policy cohesion (there were other conversations on Sunday, particularly around the economy).

Of course, this is, in reality, evidence of political dominance by a particular faction. When a leader or a group of people have a strong grip on a party, policy conversations are short and sharp. The ANC in 2012 adopted the National Development Plan almost as soon as then-President Jacob Zuma announced it; famously, Julius Malema was once able to make an ANC Youth League conference run almost to the second.

But when there are disagreements, things are very different. Hence, the ANC’s Nasrec conference nearly resulted in violence over the issue of land expropriation (the conference ended at around 5am the day after it was due to finish).

In some ways then, the lesson to draw from this weekend is that Zille, and those who are with her, are very much in charge of the party.

Politically speaking, it cannot be overstated how difficult this issue of race-based redress has been for the DA over the years.

In 2013, when Zille was leader, she blamed the party’s then parliamentary leader, Lindiwe Mazibuko, when the party voted, in error she said, in favour of broad-based black economic empowerment. That incident may well have contributed to Mazibuko’s decision to leave the party’s leadership a year later.

… the simple fact is that the majority of South Africans believe that race indeed is a proxy for disadvantage. They believe, with firm evidence, as well as their lived experience, that white people are rich and poor people are black.

At the same time, this issue has split the party, almost along racial lines. There are those who believe that race is a proxy for disadvantage, and those who don’t. Some of those who don’t have children whom they believe should not be discriminated against. This means that their feelings are firmly held. Others, who do believe race is a proxy for disadvantage, are themselves poorer than their white counterparts, and they know it. And they know why as well.

This argument is very difficult to get right.

But, for now, at least, it appears that those on the “liberal” side of the DA have won the day. And that, in turn, means it’s even more likely that John Steenhuisen will win the party’s leadership election that is still to come.

However, this issue is certain to be used against the DA.

While the argument about race being a proxy for disadvantage is something that people can debate endlessly (in the US, the Supreme Court is still hearing arguments about affirmative action and policies involving university admissions), the simple fact is that the majority of South Africans believe that race indeed is a proxy for disadvantage. They believe, with firm evidence, as well as their lived experience, that white people are rich and poor people are black.

This belief, like the right to freedom of expression, has become firmly entrenched in our country. The DA might find it impossible to shake that belief, and thus to attract people who have not voted for it in the past.

There will be many in the DA who will believe they have to fight to do the “right” thing. They may find that invigorating. But it is unlikely to end in the party winning more votes.

Instead, meetings and campaign stops and interviews are likely to end up discussing this issue time and time again. It is highly likely that the interviewers and potential voters simply won’t agree with what the DA is saying. And so, why should they change the subject when that is the case?

This means that what is still the official opposition gets weaker. Certainly, there will be those in the governing ANC who may now feel that they are being let off the hook. If the DA is not going to grow further to challenge the ANC, the impetus for reform, the fear of losing office, may lessen. And our politics as a whole become less competitive.

This is the danger of the decisions that have been made this weekend. That they may ultimately result in a weaker DA. And an ANC that feels emboldened to act as it has in the recent past, and not lose sleep over what could happen over the next few election cycles. DM