Malema 2.0: Time to get worried

Malema 2.0: Time to get worried 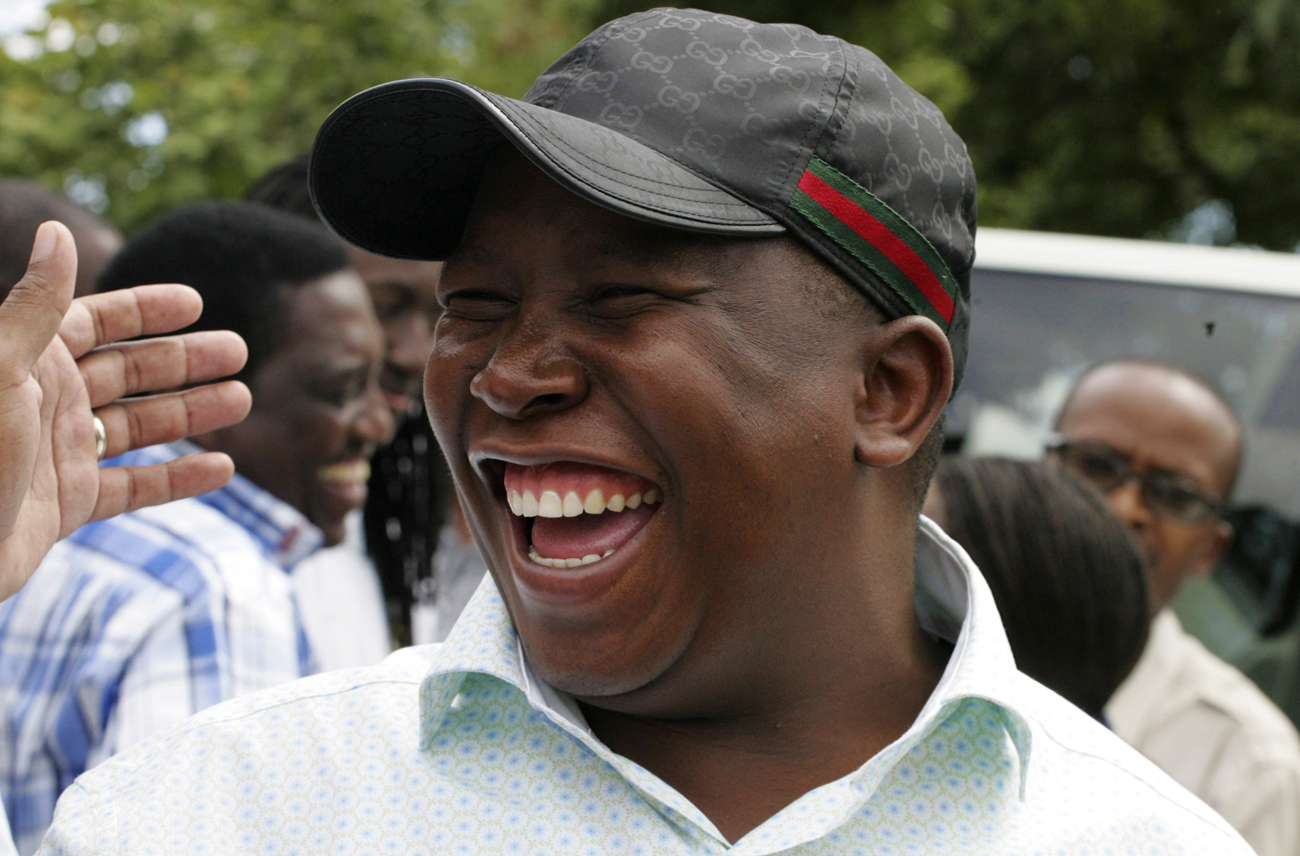 “Comrades, we are going to war. We are going to war for radical policy change.” Trust Julius Malema to sum up his own conference. He is going to war, he wants to put his imprint on everything. And he might just get his way. By STEPHEN GROOTES.

Malema has the League and its roughly 300,000 members right behind him – you may have already heard they didn’t even bother with an election over the weekend. Yes, he wants the mines nationalised. He’s throwing in control of the banks as well for good measure. And he wants the land too. But you already knew that. What you didn’t know before this weekend is that Malema will be taking the battle to the ANC’s field.

Julius Malema may shoot his mouth off, but he usually does it in quite a calculated fashion. So when he talks about senior leaders in Mpumalanga “instructing delegates” in how to vote “in a very open fashion” you have to sit up and listen. Then he provided some figures: That in KwaZulu-Natal delegates were offered R2,000 to vote in a certain way. This is a huge development. It’s basically claiming that someone senior, possibly as high as a provincial premier, is fiddling with the internal democracy of the League. (Malema says he’s going to bring this up at the ANC’s next national executive committee meeting.)

Not to put too fine a point on it, we think the future of Mpumalanga Premier David Mabuza could be interesting. We don’t know if he, or anyone else, did attempt to buy votes, or even if Malema’s claim is true. But Mabuza has serious problems, not the least of which is a propensity to have journalists he doesn’t like arrested. This makes him relative easy to pick off. So he could be Malema’s first big scalp.
But Malema was just warming up. The real fun, the real attack, the real news is this:

Malema accused the ANC’s leaders of using “the DC (disciplinary committee) to resolve the contest of kids”. Surely this has to be an attack on the ANC disciplinary inquiry he faced last year. It appears Malema has a long memory, and isn’t going to let this go. He followed up with “we will protect the leadership of the ANC elected at Polokwane”, but then said there were people “defying the ANC in the name of President Zuma”. He accused them of being factionalists. He wasn’t finished, because apparently people are doing the same in the name of “Gwede Mantashe”. Then there was the claim people were “using state resources to resolve a Youth League contest”.

This is an extraordinarily direct attack, even for Malema, and basically a declaration of war against the body that handed him a disciplinary humiliation in 2010. It’s a public claim, in ANC code, that people, possibly in the Zuma/Mantashe camp, are abusing their positions by manipulating the internal workings of the League. It’s also an indication that, if true, someone is being generously clumsy. It also tells us that the Malema mega-tsunami is way too strong to be overcome by money. For now.

Right, we’ll skip most of the part about land and mine nationalisation, because we could have written that before the conference started. Except for this: Over the weekend, after Malema’s opening address, deputy science minister (and co-incidentally the man who both chaired his disciplinary hearing and testified in his defence at his hate speech trial) Derek Hanekom tweeted that he would fight against any plans to expropriate land without compensation. Malema says anyone who “pronounces himself outside the organisation” in this way must be disciplined. He’s worried about being undermined.
Malema was particularly interesting on the subject of education. It must be free, of course. And teachers must be classed as an essential service, so they can’t go on strike. But at the same time, they must be paid properly. We’ll watch his little foray into that Sadtu morass with interest.

He is also trying to steal the playing field from the “vanguard of the working class”. Yes, the SACP and Cosatu. He wants the League to basically steal the fertile political ground of workers from under them. We can’t see either of them taking this lying down. Well, okay, maybe Blade, but certainly not Zwelinzima Vavi. If Malema wants a fight, well, a fight he’ll get one from Cosatu.

Enough with the actual speech. What does it all mean? Or more accurately, what do we think it all means at this point, before we change our minds in a few months’ time, and hope you don’t notice.

Let’s start with the population bulge. Our population is young, there’s a bulge that starts around the age of 30 and continues until roughly the 15 year olds you see in the malls, but cannot understand. Malema is well placed to lead these people. For them, there is no reason why things should be as they are. In their world, almost every white person is rich and every black person is poor. Their moms are unemployed, or insulted daily by the white teenagers they serve in Pretoria Wimpys (we chose that location deliberately). Malema is a hero to a huge chunk of this generation.

If you consider the ANC is currently involved in a “million member” campaign, the League nowadays makes up a little more than a third of the party’s total membership. You join the ANC before you join the League (unless you are under 18). This would now appear to make the League the biggest power bloc in the ANC. It doesn’t get to dictate policy, but it’s enough for Malema to say, “You get to be President through me”. He now appears to be hugely powerful.

His policy ideas are going to have mass appeal for some time. It’s easier to take wealth away from someone than to create it from scratch. Especially when at least part of that wealth, if not most of it, was built on the back of apartheid (News24 users, please feel free to vent there). It’s about anger and frustration and the lack of progress since 1994. It’s about how apartheid ensured that generally speaking, a white child born today is still likely to be better educated and live a longer and more healthy life than a black child. Of course, Malema is not going to accept that. The problem is, radical change can be hugely damaging, nation-destroying. Ask Zimbabwe.

Until now our view of our politics has always been that we are different from that place across the Limpopo because there will always be a strong tempering voice, a civil society, a business lobby, a middle-class to keep the extremists at  bay. This Youth League’s congress  makes us wonder if that mechanism is still working in the case of one Julius Malema.

Over this weekend, Malema and his League have basically put Zuma on notice: It’s Malema’s way or the highway for him. Because the real battle, the real war, for the heart and soul of the ANC is going to happen in meeting after meeting, in branch after branch. And it’ll happen over the next 18 months. Malema has told his foot soldiers to make sure the League’s members make up half of every branch, half or more of every meeting. This is how this war will be fought. On the ground, with every square inch of our political life contested.

And Malema has the numbers, time and fanaticism on his side. DM