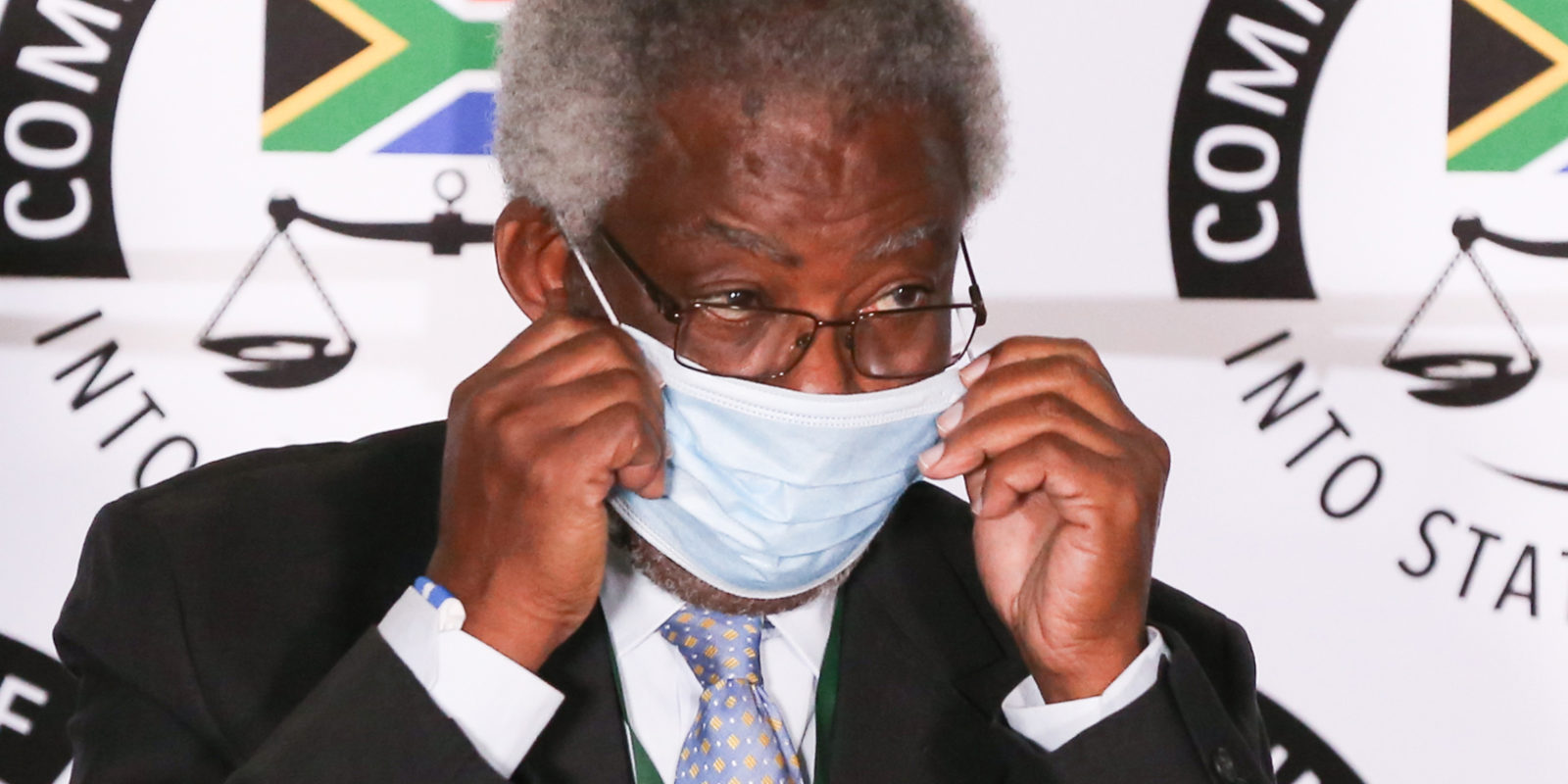 Former intelligence head Mzuvukile Maqetuka testified before the Zondo Commission about how a decision to investigate the Guptas’ influence in South Africa saw him and two other intelligence officials feeling ‘unwanted’ in the State Security Agency.

National intelligence should serve the interest of the people and not the state, said former director-general of the State Security Agency (SSA), Mzuvukile Maqetuka.

In a marathon session on 10 July 2020 that ran late into Friday evening, the former intelligence head testified on law enforcement-related evidence at the Zondo Commission of Inquiry into Allegations of State Capture

This name change, from the National Security Agency to the State Security Agency, according to Maqetuka, began when Jacob Zuma took leadership of the ANC, following the party’s 2007 elective conference and was cemented when Zuma became the country’s president in 2009. Maqetuka, answering questions from Zondo on Friday, said those in power would be better able to explain the name change.

But Maqetuka maintained: “The intelligence structure, like any structure of government must serve the interests of the people – primarily.”

Previously, Maqetuka’s former colleagues, the former head of domestic intelligence, Gibson Njenje and former intelligence head Moe Shaik, testified at the Commission. Maqetuka said the trio had not discussed any evidence or testimony before the commission.

Central to all three testimonies was the controversial Gupta family and the family’s influence in the country. Initially, the family came under SSA scrutiny in 2009 when the US questioned the Guptas’ interest in the Shiva Uranium mine, which the US thought was bought with Iranian money.

Speaking about the Guptas, Maqetuka said the three senior intelligence officials at the time – Shaik, Njene and himself – were heightened to the affairs of the controversial family following Minister Fikile Mbalula’s startling admission that the Guptas informed him that he would become a minister in 2010.

Read in Daily Maverick: Fikile ‘Fearfokkol’ Mbalula tripped up by semantics of his Gupta-fix tale

Maqetuka described Mbalula’s admission as “concerning” as information had come from an “outsider” such as a Gupta brother and not an official from the ANC.

Maqetuka testified that in 2011, Shaik, Njene and Maqetuka were called to a meeting with minister Siyabonga Cwele to discuss an investigation into the family that was being undertaken by Njene. The former domestic intelligence chief, Njenje had wanted to investigate the relationship between Zuma and the Gupta family, following Mbalula’s admission.

At this meeting, according to Maqetuka, the minister had said this investigation was driven by a personal agenda by Njene and it interfered with Cwele’s own business interests, which Maqetuka claimed he did not know to this day what business Cwele was referring to.

Maqetuka said after the meeting with the minister, they (Shaik, Njenje and himself) were called to another meeting later in 2011 – this time with the then president, Zuma. This meeting was about Njenje’s investigation into the relationship between the Guptas and Zuma. That meeting, according to Maqetuka, lasted about one or two hours, where “the president said virtually nothing during the meeting”. According to Maqetuka, Zuma did not give any directive to stop this investigation, but it appeared the former president did not want the investigation to go any further.

After a marathon session before the Commission, where the investigation was discussed, Maqetuka said: “It would have helped him [Zuma] to stop the relationship with the Guptas.”

Previously, Zuma had appeared before the Commission, where his relationship with the controversial family came under the spotlight.

Read in Daily Maverick: Zuma’s Stalingrad: The former president who knows not…

Maqetuka has since retired from the SSA, but told the Commission he was still owed money – “not less than R 20,000” – for performance agreement targets he had reached at work and that were signed off by Cwele.

In addition to hearing Maqethuka’s evidence, journalist Ranjeni Munusamy informed Deputy Chief Justice Zondo that she would no longer seek to cross-examine two witnesses. Munusamy had been previously implicated in evidence from Colonel Dhanajaya Naidoo and Hawks investigator Colonel Kobus Roelofs, who had claimed car payments and repairs to her car were paid for by a crime intelligence slush fund.

Lawyer Duncan Wild told the Commission that based on affidavits seen by the journalist, “it has become apparent to Ms Munusamy that they have no direct evidence of her wrongdoing”. Wild said she did not have the funds for cross examination, but she would avail herself to testify before the Commission if needed. DM