Zuma’s Stalingrad: The former president who knows not… 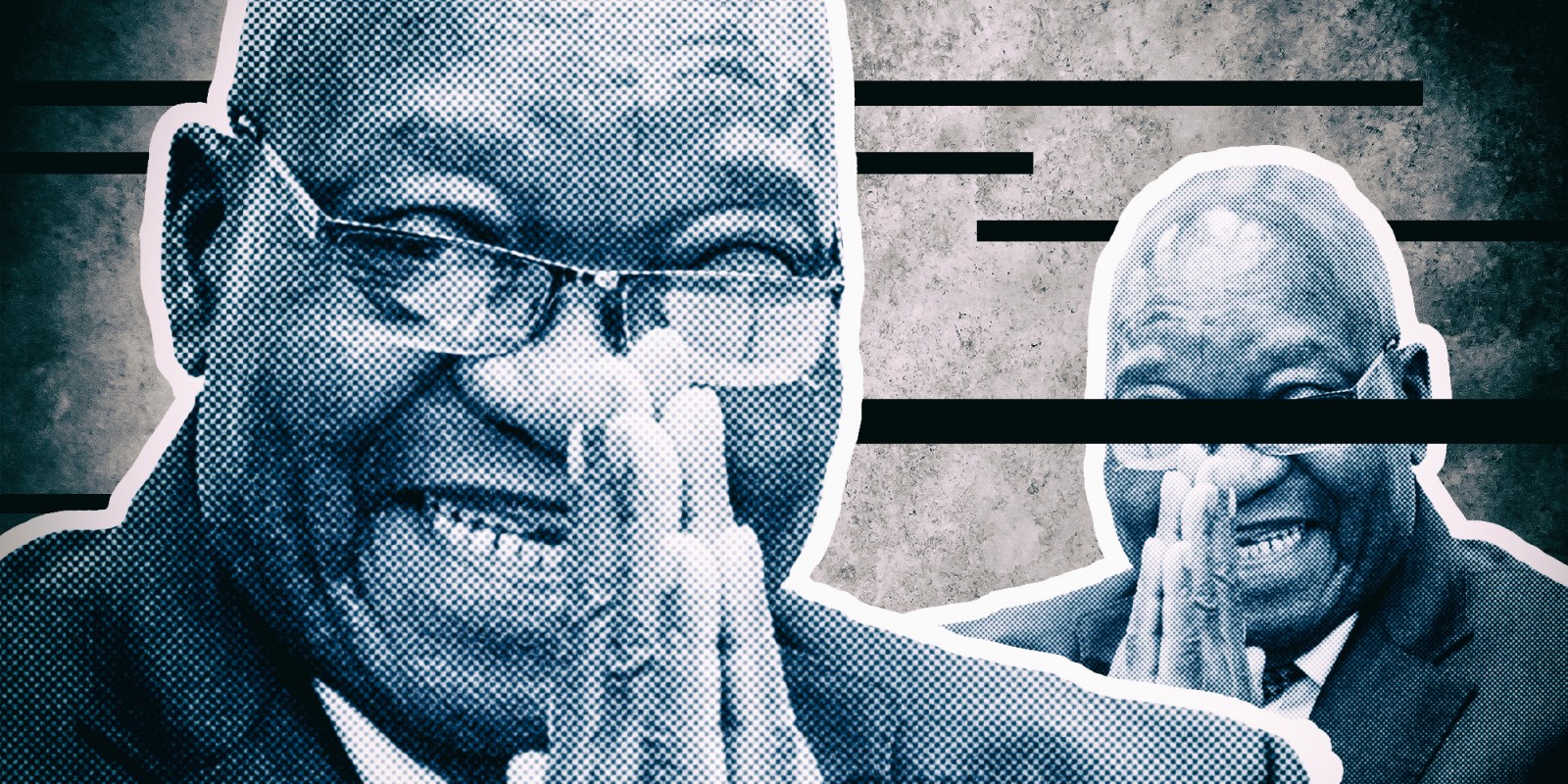 The State Capture Commission witnessed vintage Jacob Zuma on Tuesday as he said a lot, answered less and left the public hanging on for day three.

Former president Jacob Zuma’s second day in the witness box has been marked by tension, frustration, kid gloves and a whole lot of ‘I don’t knows’, or ‘I can’t recalls’.

Most witnesses have come to the State Capture Commission spilling their guts, and some have wept while describing years of the trauma they endured as public officials for pushing back against corruption or for refusing to execute what they believed were unlawful instructions.

Former president Jacob Zuma is arguably the most important witness to appear before Deputy Chief Justice Raymond Zondo to date. The venue, usually sparsely attended, was packed on Monday 15 July when Zuma first stepped into the witness box.

“They’re here because of me,” Zuma commented.

After months of devastating testimony, much of which involved Zuma and/or his friends, the Gupta family or companies linked to them, South Africa was ready to hear from the man who served at the helm of the country during what has been described as one of its most corrupt eras.

But this was no ordinary witness. This is a former president and he has been implicated by multiple witnesses – he is also someone who claims to have been hounded for nearly 30 years by political adversaries in a project so orchestrated, it culminated in the very State Capture Commission where they now want to “bury” him.

It was therefore unsurprising that Zuma’s second day in the witness stand was not quite in keeping with what South Africans have become used to at the commission – it was one marked by a cluster of common refrains.

Zuma confirmed arbitrary facts and did an about-turn about knowing former ANC MP Vytjie Mentor (he says he realised who she was when he was finally able to put a face to the name after his Presidency initially issued a statement saying he did not know her), but his responses to key questions or allegations made by previous witnesses were largely made up of words or phrases like: “No.” “Never.” “I can’t recall.” “I don’t know.” “Nothing of that nature.” Or simply, “I have nothing to add.”

If, hypothetically, the Guptas had abused his name as a means to get government business, Zuma wouldn’t say so.

He had no knowledge of such and could not be expected to comment on the likelihood of this having happened.

He told the commission he could not recall phoning former government DG, Themba Maseko, to “help” the Guptas land a slice of government’s R600-million advertising budget for their then-fledgling newspaper, The New Age.

Neither could he comment or reflect on alleged conversations that one of the Gupta brothers may have had with Maseko when the brother allegedly threatened to sort Maseko out for refusing to cooperate.

The former president was detailed and animated during his opening speech on Monday.

On Tuesday, he was straight and to the point leaving it up to his highly regarded lawyers – senior advocates Muzi Sikhakhane and Thabani Masuku – to interject, eloquently object or disrupt the commission’s Paul Pretorius as he tried to navigate his way through the unconventional witness.

His appearance at the commission is unusual because Zuma has been implicated by multiple witnesses, including former Cabinet ministers Nhlanhla Nene and Barbara Hogan, as well as Vytjie Mentor, but he does not believe any of their statements incriminate him.

He has not responded to notices served on him by the commission and is instead appearing through an arrangement and at the request of commission chairman, Judge Raymond Zondo.

As such, his legal team cautioned on Tuesday that he is a guest and a witness of the commission who ought to be treated like all others.

In view of the commission’s inquisitorial approach, Zuma may not be cross-examined at this stage as he has not formally presented his version to any of the allegations made against him, nor has he applied to challenge witness testimony, something that would allow for him to be cross-examined.

The commission’s senior advocate Pretorius was swiftly stopped in his tracks early in the day when Masuku SC rose to object to the manner in which he had questioned Zuma on issues relating to Maseko’s evidence.

Masuku accused Pretorius of interrogating Zuma instead of “leading” him as a commission witness.

Pretorius said there is no charge sheet against Zuma, and that the commission was merely seeking to provide him with the opportunity to deal with factual evidence and the implications thereof.

But, said Masuku, Zuma had not received a single request to be interviewed by the commission as has been the case with other witnesses.

He said it was strange that the commission did not do this with Zuma, the man who had been at the helm of the country at the time of the alleged State Capture project.

“Why did they not seek to talk to him first?” Masuku asked.

He said the line or tone of questioning was important as they were taking place “in the interest of criminal processes out there”.

“There are serious credibility issues. This is not how we envisaged this going down,” Masuku said of Zuma’s appearance.

It was tense. Counsel for both sides headed into chambers with Justice Zondo for a meeting of just under an hour.

They emerged and the tone of Pretorius’s line of questioning was now markedly different: it seemed more careful, delicate.

Over the course of the first two days, Pretorius had to deal with the standard objections, a tap from behind from one of Zuma’s lawyers and spells of confusion over things like the purpose of a document distributed and whether Zuma’s legal team were meant to have discussed those with him.

He squared off against senior advocates Sikhakhane and Masuku, both raising what appeared to be extremely valid arguments at times – and some of which seemingly caused Justice Zondo to keep Pretorius in check.

By late afternoon on Tuesday, a visibly frustrated Pretorius remarked that he and Zuma seemed to be the only two in the room getting along.

It had been a long day as Pretorius not only became overly polite in his questioning of Zuma, he also had to contend with a third member of Zuma’s legal team, attorney Daniel Mantsha, who sprang to his feet at times to deliver his own objections by trying to highlight gaps in previous testimony, particularly that of Mentor.

In essence, Zuma dealt with some of the serious allegations in the following manner:

Through all the drama – possibly a game of legal strategy or tactics on both sides – it was vintage Zuma as he said a lot, answered less and left the public hanging on for day three.