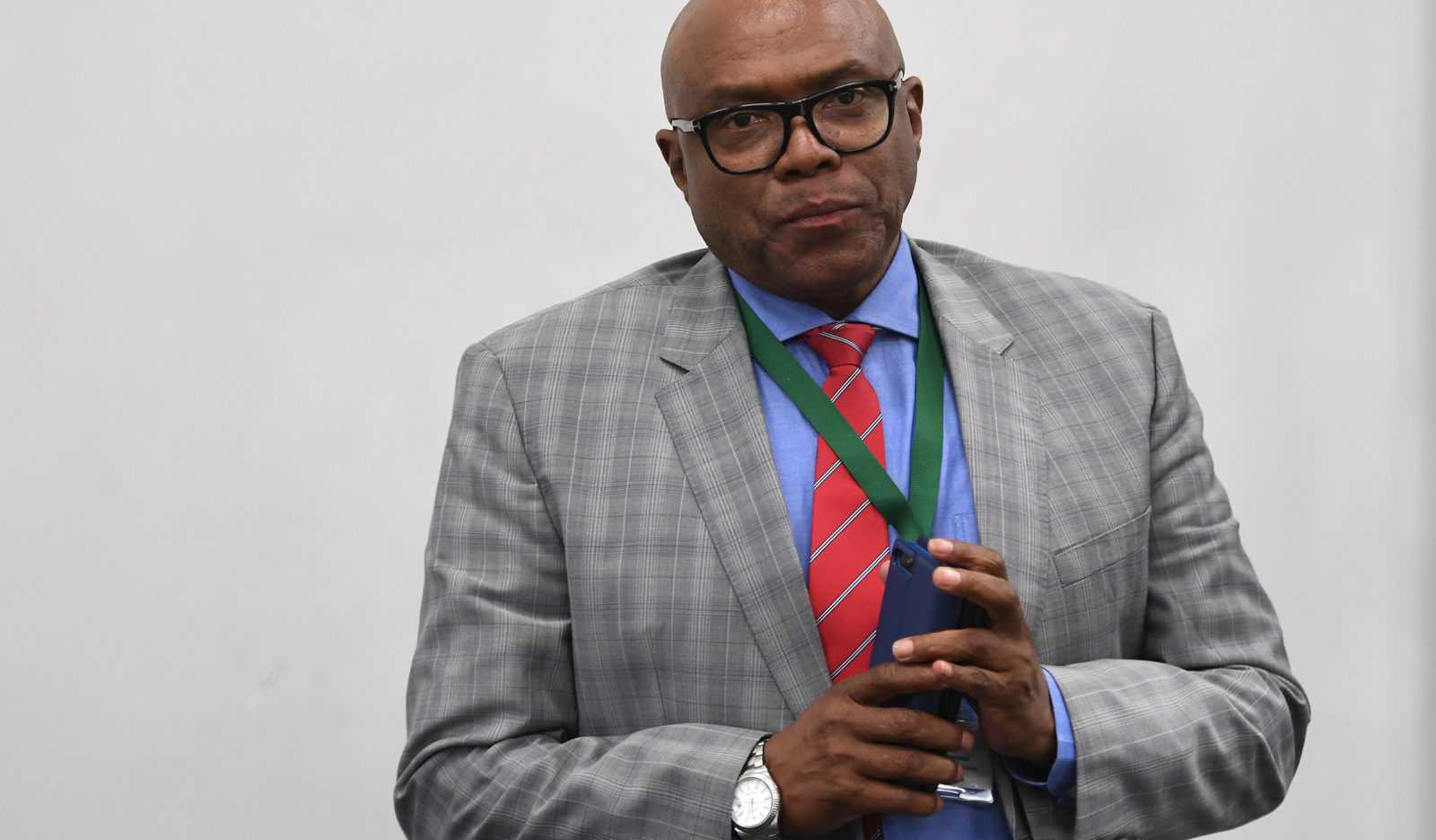 Amid all the exploration of State Capture, relatively little has been heard about how the Gupta family actually did business: how they made their approaches to the people that mattered, and what kind of persuasion they brought to bear.

Testimony given to the Zondo commission on Tuesday, however, suggests that the Guptas’ modus operandi involved more stick than carrot.

Former domestic intelligence head Gibson Njenje told the inquiry that in 2011, he was asked to be present at a meeting between Ajay Gupta and a Cabinet minister in order to “minimise” the “bullying” from Gupta.

Njenje recalled that he was approached by the erstwhile director-general of Mineral Resources, Sandile Nongxina, during a lunch at a Cabinet lekgotla in 2011.

Nongxina, a close friend of Njenje’s, explained that he and then-Mineral Resources Minister Susan Shabangu were due to meet with Ajay Gupta at the Sheraton hotel, and both Shabangu and Nongxina were feeling “uncomfortable” at the prospect.

“He asked, Would I join?” Njenje testified.

“He said: ‘We want you to come and kind of block us, block these guys off’. They had been under some pressure from the Guptas. He wanted me to come in so I could minimise that bullying.”

Njenje could not recall the precise issue at hand, but said it related to the granting of mineral rights.

According to Njenje, Minister Shabangu duly approached former President Jacob Zuma at his lunch table and whispered her excuses, explaining that she had to leave to attend a meeting with Ajay Gupta.

Upon her return to Njenje and Nongxina, Shabangu said: “We are not meeting at the Sheraton. We are meeting at the president’s place, at Mahlamba Ndlopfu.”

Shabangu explained that Zuma had told her he was fully aware of the meeting, and that the venue had been changed to the president’s official residence.

At Mahlamba Ndlopfu, Njenje testified, “we were received by Ajay Gupta, who led us to the president’s study. That is where the meeting was held”.

President Zuma himself was not present at any point during the meeting. Asked by commission chair Judge Raymond Zondo why the meeting was held in the president’s study in his absence, Njenje replied:

“I think, chair, it was a manner of showing how powerful they are. Showing to a minister of government that she can be called into the president’s study in the absence of the president.”

When the meeting began, Njenje claims that Gupta began to harangue Shabangu, making demands in an extremely aggressive fashion.

“His voice was changing, he was talking down [to] the minister,” Njenje recalled.

The former spy boss intervened in protest, suggesting Gupta should address a government minister “who represents the people of South Africa” with greater respect. Njenje said that Gupta apologised, but then continued to “nag and nag” Shabangu, demanding certain concessions relating to mineral rights.

Eventually, says Njenje, Shabangu made their excuses and said they had to return to the lekgotla.

The minister told Gupta: “We’ll get back to you,” or words to that effect, says Njenje.

This was not the first occasion on which Njenje had witnessed such tactics from a member of the Gupta family.

Earlier, Njenje had told the commission how he was called in to mediate in 2010 in a meeting between Ajay Gupta and two directors of Imperial Crown Trading (ICT), Archie Luhlabo and Gugu Mtshali, who married former president Kgalema Motlanthe in 2014.

The issue at hand involved another dispute over mineral rights: in this case, to obtain ArcelorMittal’s expiring 21.4% stake in the Northern Cape Sishen mining operation.

Luhlabo and Mtshali’s company had at that stage won the right to acquire the expiring stake. But the Gupta-owned JIC Mining Services – which was also linked to Duduzane Zuma – also wanted in on the Sishen operation.

Luhlabo and Mtshali expressed fury to Njenje, telling him that they had been summoned to Saxonwold by Ajay Gupta, who demanded that the pair hand over 90% of their company to him.

“He told them that he wants 90% of ICT because he is the only person who has the financial muscle and the political backing to get that award [of the prospecting rights] granted,” Njenje recalled.

Njenje had been asked to mediate in a meeting the following day between Gupta and the ICT directors. The former spy boss had been asked to do so by Nongxina, who was at the time accompanying Zuma on a state visit to London and told Njenje he was “getting pressure” to fix the situation. Njenje told the commission that he was unsure whether the “pressure” in question was from the Guptas or from Zuma.

The subsequent meeting was held at the Guptas’ residence in Saxonwold.

Njenje remembered: “We sat there. [Ajay Gupta] was, like, kind of sizing me up.”

Gupta confirmed that he was demanding 90% of ICT for free, in exchange for making “all matter of problems go away”.

Njenje said that Gupta also told them that “the reason why [the Guptas] wanted 90% is not because they are greedy. He had got many people he has to look after in that 90%.”

The meeting concluded with Luhlabo and Mtshali reluctantly agreeing to give Gupta 50% of their business.

“It must be quite tough to work hard for your company and then have to give 50% away,” remarked Judge Zondo, with customary understatement.

Njenje said that the interaction played on his mind.

“In political circles… people were talking about the influence of the [Gupta] family on our president,” he told the commission.

“The association of the president’s children with the family was also a matter of grave concern to intelligence.”

Accordingly, two weeks after the meeting at Saxonwold, Njenje arranged to meet Ajay Gupta again to put these concerns directly to him.

He says he told Gupta: “You guys are putting the president and the governing party in problems [sic]. Why are you not protecting your friend [Zuma]?”

According to Njenje, Gupta responded: “Mr Gibson, you are right. I have got no issue. I don’t go about talking about the president. It’s my brother who is the one who goes around harassing people. I will speak to him.”

Njenje said that he assumed the brother in question was Atul, because “I had heard he is a rough character”.

During his appearance before the Zondo Commission, Njenje corroborated evidence previously given by his intelligence colleague Mo Shaik: that former state security minister Siyabonga Cwele and Zuma had shut down a nascent intelligence probe into the Guptas in 2011.

Njenje said that among the leadership of the intelligence branches, concern about the Guptas reached a point where the spy bosses considered the possibility that the brothers were spies deployed by the Indian government.

“[We thought] it’s possible they are employees of another intelligence agency and their aim is to influence the president,” he said.

Both Njenje and Shaik were forced out of the intelligence service in 2011, shortly after attempting to initiate the investigation into the Guptas. DM