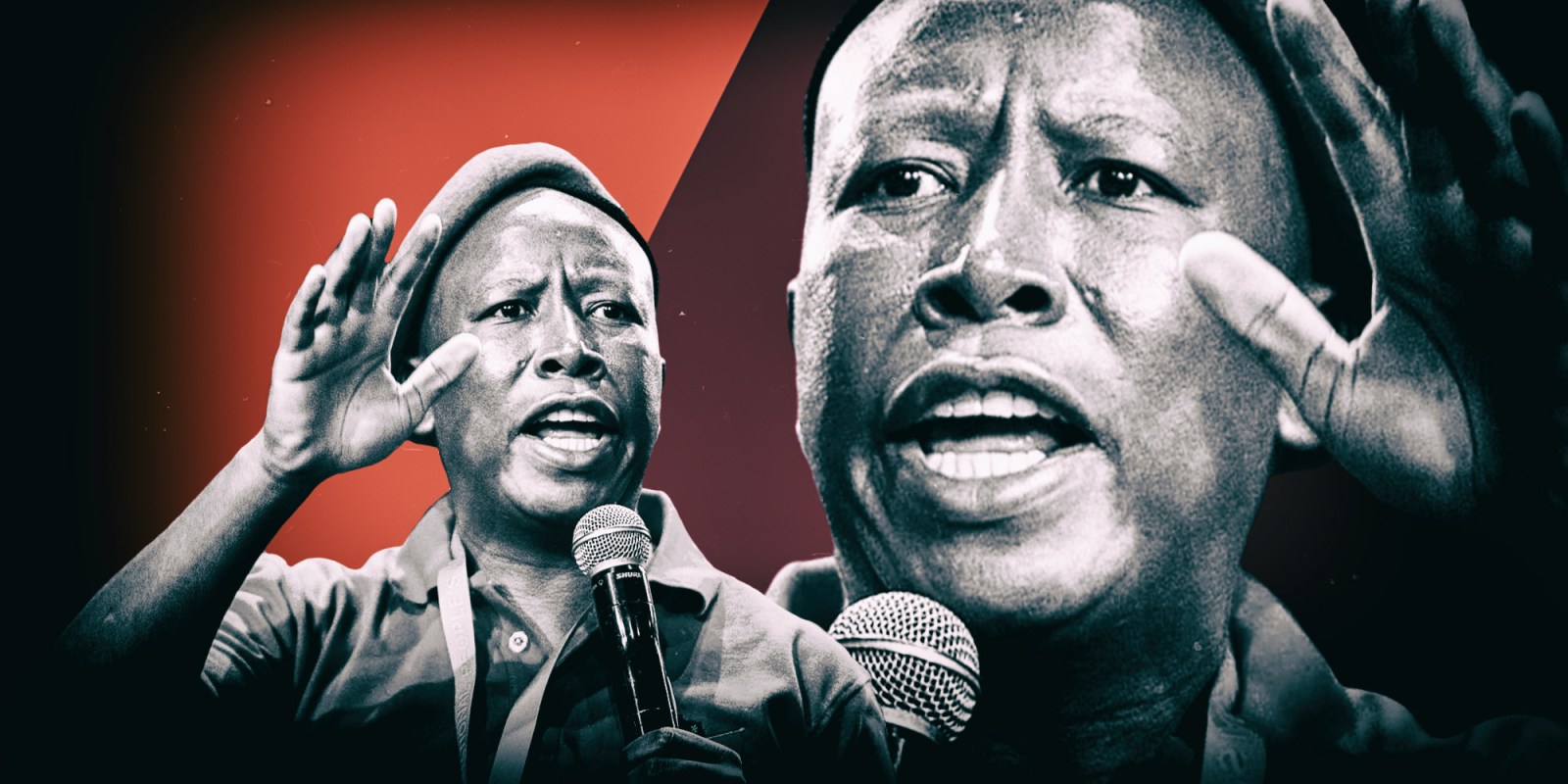 From “pay back the money” to “lead us to the money”.

From the magnificence of its “pay back the money” campaign, the EFF in 2019 became a chase-the-money party. In a series by Pauli van Wyk, the Daily Maverick’s Scorpio has shown how party president Julius Malema and his deputy Floyd Shivambu have used their political positions to live the high life.

She has revealed repeatedly how the two leaders benefited from looted funds of the VBS bank to fund their Gucci lifestyles. As the ANC began to reform itself, the EFF descended into patronage and corruption politics which it had so magnificently stood against in the late years of former President Jacob Zuma’s administration.

In this, the EFF sabotaged the idea of what it had become in the public mind. The EFF also self-consciously aligned itself with the fightback camp alongside the Public Protector Busisiwe Mkhwebane as well as with openly rebellious State Capture faction politicians in the ANC such as the Eastern Cape councillor Andile Lungisa and the Ekhurhuleni mayor Mzwandile Masina with whom they worked as former ANC Youth League leaders.

In strategy and tactics, Malema and Shivambu returned to old ways of using politics to feather their nests. In the ANC Youth League, the two used family trusts to funnel funds from tenders won by companies owned by family, largely in Limpopo – the On Point saga. In the VBS case, the two used funds funnelled from the looted bank to fund lifestyles using credit cards linked to family-owned company credit cards. The methods were almost identical showing that the anti-corruption stance during the “pay back the money” campaign by the EFF leaders could not be sustained.

The fightback campaign in the ANC lacked a strong figure. Party Secretary-General Ace Magashule is constrained by the fact that the reformist wing of President Cyril Ramaphosa has a majority. Beyond the Free State, Magashule has no national presence and the other figures such as Lungisa and Masina are only known in the ANC. Malema has filled the gap; he is now the ranking politician leading the fightback against reform.

With Shivambu and the entirety of the EFF, the party turned its guns on Public Enterprises Minister Pravin Gordhan, using its firepower on social media to discredit his reform efforts at every turn. The party also aligned with coal interests, tilting at renewable forms of energy as a source of power for South Africa and it kept up a year-long campaign against the reform of SARS. The party successfully got the public protector to open several investigations into SARS in a two-step that came to define the fightback against reform in 2019.

Alongside this, the EFF became the country’s leading vector of violence when the Daily Maverick tracked that the party had engaged in rhetoric and actions of violence 14 times in 2018 and 2019. In August this year, Malema warned judges would go to the bush (take up arms) if their judgments are not neutral while in July, EFF MPs rushed and threatened Gordhan as he delivered his budget speech in Parliament in July.

* The EFF held its National People’s Assembly between 13-16 December in Johannesburg, and refused to grant accreditation to Daily Maverick journalists. See statement from Daily Maverick here.

2018 South African Person(s) of the Year: President Cyril Ramaphosa and his team

2018 South Africa Person(s) of the Year (Runners-up): The Resisters

2018 South African Person(s) of the Year (Runners-up): Commissions of Enquiry

2017 South African Person(s) of the Year: The Whistle-Blowers

2015 South African Person(s) of the Year: The Student

2012 South African Person(s) of the Year: The Victims of Marikana