South African persons of the year: Runners up, Section27 and Aaron Motsoaledi 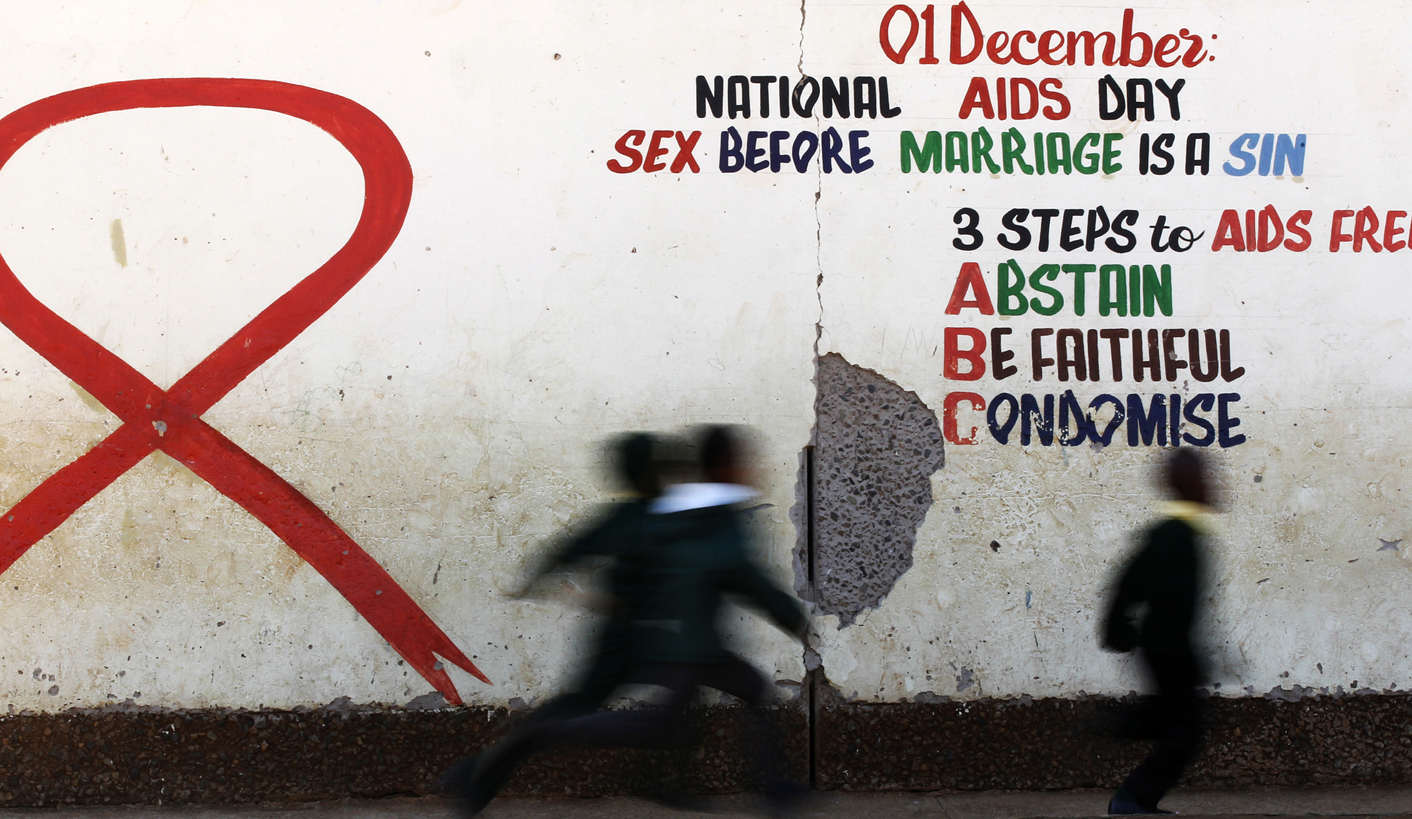 After the victims of Marikana, Section27 and Health Minister Aaron Motsoaledi are the runners up for Daily Maverick’s 2012 South Africans of the year. Section27 have continued to fight for the constitutional rights of South Africans and refused to accept anything less than human rights for all. A standout minister, Motsoaledi has achieved improvements where it counts. By GREG NICOLSON.

“Two adorable 3-year-old orphans in the nursery at the Cotlands Baby Sanctuary and Hospice here drop their lunch bowls as a visitor enters to run and hug his knees. Like many HIV-positive children, they have swollen glands below their ears, but otherwise seem healthy and happy. Minutes later, the head nurse, Kathy Volkwyn, almost bursts into tears as she answers a whispered question. ‘Yes,’ she says, ‘these babies are probably all going to die.’” That was how New York Times summarised the Cotlands Hospice in Turffontein, Johannesburg, in 1998.

The hospice, where children with HIV/Aids spent their last days with dignity, closed this year and reopened as a community centre. It has not seen a single HIV/Aids-related death since 2009. “The closure of the hospice is a wonderful achievement,” Dr Glenda Gray, who has managed the children’s health, recently told Saturday Star. “That is a beautiful story.”

The Zuma administration has disappointed on many fronts. Sure, 2012 has seen the launch of Trevor Manuel’s National Development Plan, South Africa’s vision for 2030. But regarding jobs, the acceleration of service delivery, housing, land reform, and economic growth, expectations have been dashed, most of them completely. Hopes for a democratic future with opportunities for all have been sacrificed as the ruling party fights a war with itself and corruption continues. The president’s coterie has taken more drastic measures so that Zuma will never have his day in court. And no one could look at Marikana without despair.

But there have been positive stories, like the closure of Cotlands Hospice. Essentially, it closed owing to a change in how government views, prevents and treats HIV/Aids.

After three years as minister of health, Aaron Motsoaledi has been one of cabinet’s most outstanding performers. A report from medical journal The Lancet found that under Motsoaledi and Jacob Zuma, life expectancy in SA has risen from 56.5 in 2009 to 60 years.

“We have no doubt that the new administration that came in 2009 was eager to make an improvement on the disastrous record of the first 15 years of the ANC government,” lead researcher in the study Bongani Mayosi told Reuters. “The rapid transition from the failed stewardship of ex-President Thabo Mbeki and the disastrous policies of his health minister Mantombazana Tshabalala-Msimang to the leadership shown by the present health minister Aaron Motsoaledi and his team could not have been more striking,” said the study.

“There has been a dramatic turnaround in mortality. The increase in life expectancy is unparalleled: to get 10% is unheard of. You have to have a huge change in society. It’s tantamount to the abolition of slavery,” Professor Salim Abdool Karim, who co-authored the study and is president of the SA Medical Research Council, told the Guardian.

His predecessor, Barbara Hogan, included stakeholders in deciding SA’s new trajectory in health, but it was Motsoaledi who has since steered the ship. When he accepted the post of health minister in 2009, he had two priorities: address challenges in the management and administration of health services and improve quality of care. The prevention of mother-to-child transmission acceleration plan, the distribution of antiretroviral drugs those with a CD4 count under 350, and an ambitious rollout of testing and counseling has all helped.

The rate of mother-to-child transmission has decreased. Under-five mortality has dropped. Infant mortality has decreased. Motsoaledi’s crusade against fast foods and alcohol are expected to offer long-term benefits and he’ll eventually be judged the success or failure of the National Health Insurance scheme, which is currently being in the trial stage.

But the minister still faces the enormous challenge of transforming the public health system. Committed doctors and nurses have held it together while woeful managers and bureaucrats have torn it apart. The battle against HIV is far from over, but Motsoaledi must apply what he has learnt so far to ensuring effective public health services.

Section27, Daily Maverick’s other runner-up for 2012 South African(s) of the year, has continually pointed these problems out. Again and again, it has taken the government to court for the constitutional rights of South Africans. If ruffled feathers are any indication, it’s doing its job. Communist Party General Secretary Blade Nzimande loves to suggest it’s a “foreign funded NGO” made up of white liberals, while the South African Democratic Teachers Union has suggested it’s one of the “imperialist neoliberal forces masquerading as NGOs”.

“Terms such neo-liberals and accusations that they are anti-majoritarian have been hurled at them,” wrote Jay Naidoo. “But how is it that a civil society, non-governmental organisation, receives such severe criticism in the wake of the work that they do? How can union representatives and government officials justify their attack against a civil society organisation when that very organisation has a lengthy history in assisting the marginalised and the poor [in] asserting their constitutional rights?”

Section27 made headlines for its dedicated fight to get textbooks to Limpopo students, but its work went far beyond the textbook saga. Walk into the group’s Braamfontein, Johannesburg, offices and a discussion with any one of the lawyers or researchers reveals harrowing findings about the state of South African society. A common misconception is that they’re only addressing these problems through the courts. Rather, the rights group is dedicated to fighting the most serious violations of rights and dignity. Before embarking on advocacy (and throughout the process) it has been dedicated to finding whatever solution best fits the problem.

Aaron Motsoaledi’s success is a reminder that there is still hope in government. His job is far from complete, but he is on the right track. Section27 has shaken our complacency as citizens and highlighted some of the most urgent problems to be addressed. More importantly, the civil society organisation has reminded us to fight for our rights. Somewhere between the crucible of the state and civil society, both runners-up have shown us we need to confront our problems and focus on solutions rather than self-interest. DM