2017 Daily Maverick South African Persons of the Year, Runners-Up: Those Who Found Their Voice 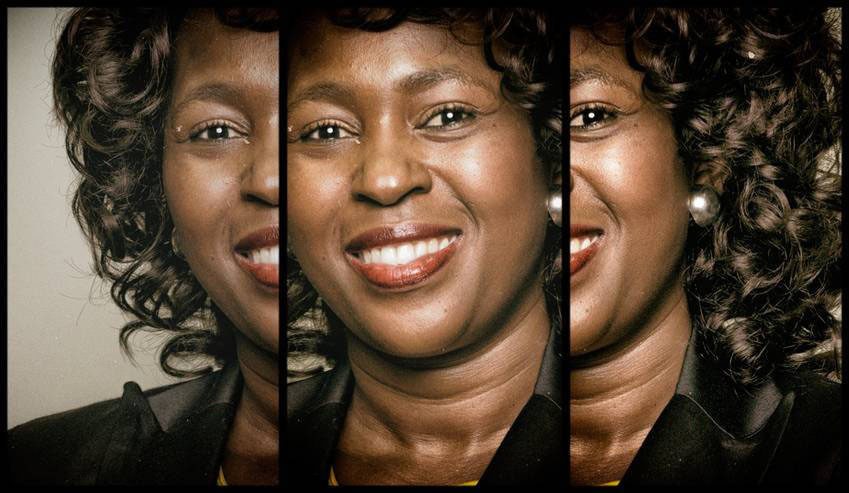 Amid the slime of corruption and abuse of power that flowed through 2017 were those who had the courage to speak up. These weren’t always whistle-blowers. Sometimes they were just people who had had enough. People who had the nerve to take on their comrades, colleagues, peers or seniors. They deserve a salute. By MARELISE VAN DER MERWE.

Makhosi Khoza became a rallying point in 2017 for many who had become disillusioned with the ruling party. Khoza, who has said that she still has a family within the ANC despite the recent formation of a new party, described the ANC as a “home that is no longer functional”. Her party, African Democratic Change, would correct the mistakes she understood well, she said.

Nominated for: Rolling with the punches; having nine lives

Quotable quotes: “People are tired of corruption‚ losing jobs‚ going to bed without food. People are tired of destitution and hopelessness. That promise that we gave them in 1994‚ unfortunately the ruling party‚ the political home that I was part of‚ betrayed that mission… That is why I am here‚ working with the people.” – on her new party.

“I will not disappear into obscurity… I am ready to tackle them head-on.” – on the possibility of being fired, prior to her dismissal.

Derek Hanekom has become a regular feature in SA headlines, speaking out both loudly and regularly against the unwelcome changes he has observed in the ruling party. Hanekom was the first ANC NEC member to table a motion of no confidence against President Jacob Zuma, and has faced a more or less constant hailstorm ever since.

Nominated for: Spine of steel; the most active Twitter feed besides Fikile Mbalula’s

Quotable quotes: “Dispel this notion of ‘voting with the Opposition’. We must vote against State Capture‚ massive looting and corruption. Vote for change.” – on the motion of no confidence

“Maybe it’s time that the one who does the firing, is fired himself.” – on President Jacob Zuma

“We have to restore our ANC to its full glory.” – on the (then) upcoming ANC conference

Nominated for: Managing to survive the greatest amount of toxic sewage without a hazmat suit

Quotable quotes: “Building a democracy takes time. This is one of the difficult times we are going through. The courts have demonstrated that there are institutions that work. We should never lose hope.” – on the latest court ruling against President Jacob Zuma

“I guess I’m an optimistic guy.” – speaking at Daily Maverick’s The Gathering

“The vast majority of South Africans have no assets in their name. This is hard for the middle class sitting here to envision… Most South Africans hand only poverty to their children as inheritance. If you have any conscience at all, you have to start thinking differently about not reinforcing that problem.” – speaking at The Gathering

“Social grants are about R110-billion to R120-billion of expenditure. We could have doubled them [with the money lost to State Capture]”. – on corruption

Photo: Save SA convener Sipho Pityana addresses the campaign’s launch of a motion of no confidence in President Zuma, 23 November 2016. (Greg Nicolson)

Sipho Pityana has come full circle, having begun his career as an activist in 1975 and returned to activism at the wheel of Save South Africa. He delivered a stark reality check to the country in his Real State of the Nation Address in February 2017, beginning the speech by saying words failed him – but managing to come up with a good few scorchers after that. Given his history in the anti-apartheid struggle, it must have been a particularly poignant moment.

Quotable quotes: “The ANC today is not the ANC I know.” – on whether the ANC was likely to reform

“The moment has come to put politicians in their place.” – speaking at The Gathering

“The ANC chose Jacob Zuma as its president in 2007, fully aware of his shady and unscrupulous character. With a long list of corruption and racketeering charges hanging over his head, and widely publicised allegations of rape and sexual assault, his lack of a moral compass was hardly a state secret… That he remains president of the country, despite the growing catalogue of crimes of which he stands accused, is a stain on our nation’s history… a disgrace from which it may never recover.” – On President Zuma

“The December event is about putting icing on a rotten cake.” – On the ANC’s 54th National Conference. (No, tell us what you really think…!)

Adding to what is fast becoming an unprecedented revolt in the ruling party, ANC veterans have joined the chorus calling for an end to patronage. In October, they argued that senior members elected to the NEC should be ineligible for Cabinet appointments. They’ve also called for votes to be withheld from corrupt candidates.

Nominated for: Adding weight and credibility to a growing body of critics

Quotable quotes: “We appeal to all of you attending and are voting delegates … to change the trajectory of the ANC and return to its values and principles …. [C]ast your vote for integrity, honesty, anti-corruption, anti-factionalism and for principled unity.” – on the December conference

“The ANC may be history after December unless there is serious intervention.” – on the December conference

Bheki Cele publicly defended the MPs who voted against the party line during the motion of no confidence. He spoke of lie detector tests and other bizarre attempts to get members to confess their voting crimes after the fact. Jeff Radebe, meanwhile, said members should have the “courage of their convictions” and admit voting against Zuma. Because that always has a great outcome.

Nominated for: Being an unexpected voice of reason

Quotable quotes: “No one is asking what it is that led to those people taking that decision. Why not ask where the action began? Those people who voted with the opposition are not insane. They are serious ANC members and NEC members.”

The Laryngitis Awards (for those who temporarily lost their voices)

When three of the Top Six took the unprecedented step of criticising President Zuma following the firing of then-Finance Minister Pravin Gordhan and deputy Mcebisi Jonas, it was clear a fundamental shift had taken place. But news hounds were forced to pack away their popcorn when said shift was swiftly followed by a large can of whupass. The three were forced to apologise publicly. What was that saying about putting a Band-Aid on a broken leg? Photo: MPs in the National Assembly cast secret votes in the motion of no confidence in President Jacob Zuma, 8 August, 2017. Photo: Janet Heard

THE MPS WHO ABSTAINED FROM VOTING IN AUGUST

When a secret ballot went ahead in the motion of no confidence in President Jacob Zuma on 8 August, nine MPs mysteriously suffered brain implosions and found themselves unable to vote. Given that the vote was fairly close, this was a source of significant frustration to those opposed to the president, but presumably also to those in his camp, who may have preferred a landslide victory. We’re wondering what actually happened. Hand cramps? Shortage of pencils? Did someone march around with actual headlights, trying to reproduce the deer effect? So many questions. For the record, folks, situations in which abstinence is good: substance abuse; unprotected sex. Situations in which abstinence is bad: voting. DM