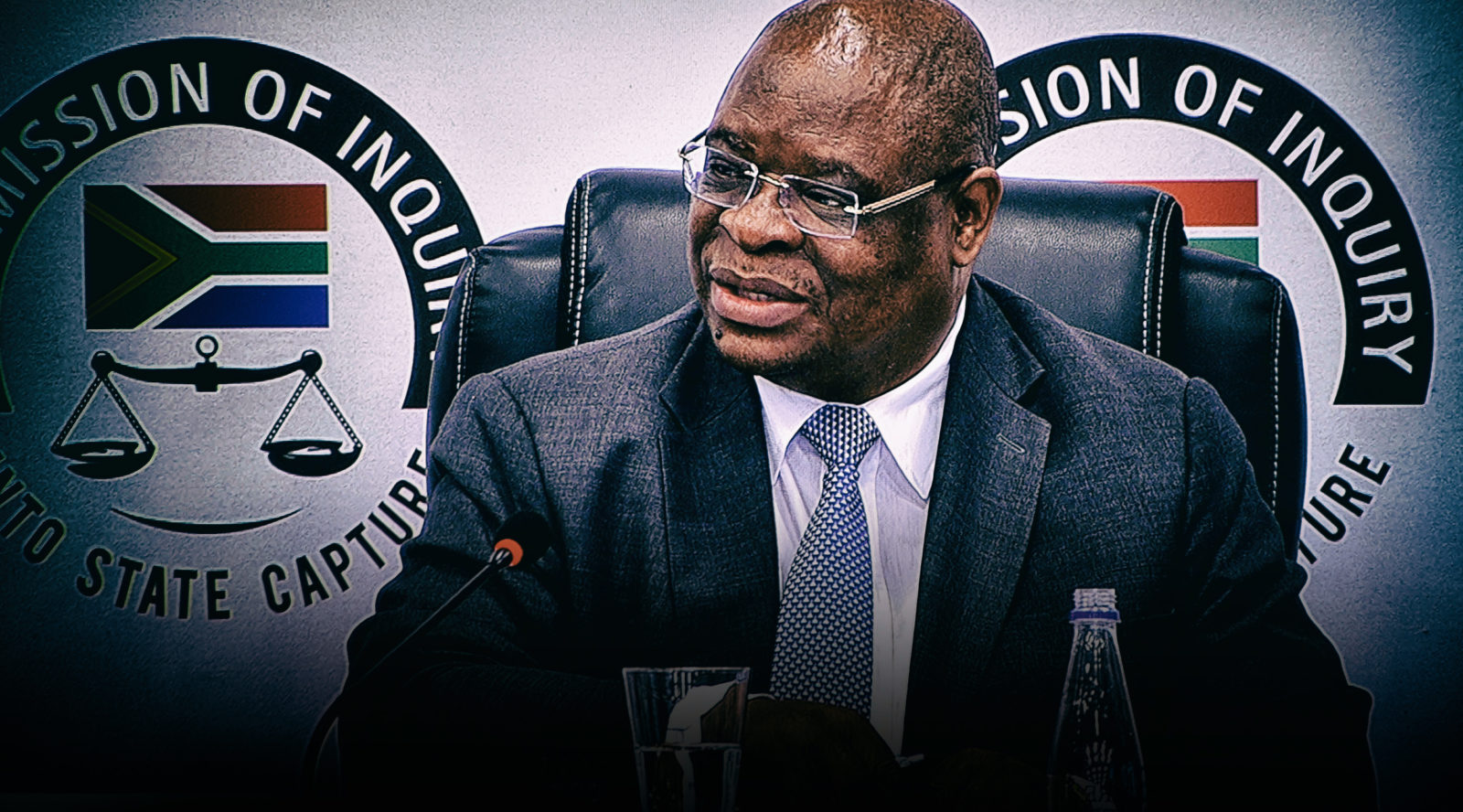 South Africans had a front-row seat in 2018 to commissions of inquiry into State Capture, the South African Revenue Service, the Public Investment Corporation and Eskom. Those will ultimately provide a formal record of years of staggering malfeasance in the public sector and recommendations for remedial action would eventually ensure a much-needed overhaul of the broken systems that enabled it.

Dramatic confessions, memory lapses and damning recollections marked the first phase of the State Capture inquiry investigating allegations of fraud and corruption in the public sector, and the role of the Gupta family and former president Jacob Zuma.

They were running a parallel government from Saxonwold. They wanted a pliable board at South African Airways, they wanted a nuclear deal at all costs: These were but some of the startling claims made by witnesses at the inquiry before Deputy Chief Justice Raymond Zondo.

The Commission sat for a total of 34 days between August 20 and November 24 with Justice Zondo hearing current and former civil servants, senior politicians and members of the executive as well as the country’s major banks, which lifted the veil on the behind-the-scenes political moves to aid the Guptas when their bank accounts were terminated.

The Guptas were a no-show, Duduzane Zuma made one cameo appearance while his father, lawyers engaged, sat back from afar to wait and see what the fuss was all about.

And, remarkably, the #GuptaLeaks, the trove of thousands of leaked emails from the Gupta companies first obtained by Daily Maverick and amaBhungane in 2017, were admitted as evidence.

These emails implicate a wide-range of former political office-bearers and executives at state-owned companies in questionable conduct.

Presiding over this historic inquiry, Justice Zondo was ever the jurist, applying himself with patience and fairness, displaying a firm, yet gentlemanly, hand when necessary and, in the case of former public official-turned-businessman, Mzwanele Manyi, seemingly willing to let the cameras roll, if just to see where it may lead to.

Until now, testimony by witnesses remains unchallenged as those wishing to cross-examine any of them must be willing to step into the witness box so they, too, can be interrogated by the commission’s legal team.

And indications are that such an encounter would not be scripted to the liking of, or the narrow confines chosen by, an implicated party.

Jonas had put him in the room at Saxonwold where a Gupta brother allegedly offered Jonas a R600-million bribe and a promotion in exchange for decimating the top structure at National Treasury.

Despite initial misgivings, this inquiry, scheduled to run for just more than two years, has shown that however fatigued and disillusioned South Africans had become to corruption and the lack of consequences for the culprits, there is power in hearing directly from witnesses.

The process has thus far served to illuminate the theory of State Capture in the minds of those who still needed convincing.

With 22 witnesses, among them two international State Capture experts, and four major banks, there were enough bombshells to keep the public interested and the culprits rattled.

Acting government spokeswoman Phumla Williams revealed how fighting the State Capture monster from within was a hell-ride within the Government Communication and Information System (GCIS), while one of her predecessors, Themba Maseko, testified how the Guptas, sitting in their Saxonwold mansion, had allegedly become “a parallel government”.

And, long before anyone would be able to definitely prove some of the allegations, Nhlanhla Nene, a Cabinet minister, resigned after an outcry over his multiple meetings with the Guptas during his time in government.

In addition to damning testimony by former finance minister Pravin Gordhan, former public enterprises minister Barbara Hogan and former SAA chairperson Cheryl Carolus, former ANC NEC member and former Cabinet minister Ngoako Ramatlhodi cut to the chase when he spoke of the extreme hold the Guptas had over Zuma and how baffled and powerless this dangerous relationship had rendered them.

Ramatlhodi’s previous adviser, advocate Samuel Muofhe, made gravely disturbing claims about how Zuma had allegedly offered him the job of National Director of Public Prosecutions even though he had never worked as a prosecutor and had at the time worked as an advocate for only five years.

Muofhe saw it for what it was — an effort to use him as a figurehead to protect vested interests — and exposed Zuma’s real intentions during his testimony.

The inquiry has thus far focused on questionable government appointments and the firing of ministers. In 2019 multi-billion-rand deals at state-owned enterprises such as Eskom, Transnet, SAA and Denel come under scrutiny.

The Zondo commission will also benefit from reams of transcripts, witness statements and other documents submitted to Parliament’s Public Enterprise inquiry into State Capture at Eskom.

Although the inquiry began in 2017, public hearings and testimony continued until early 2018. The inquiry report, adopted in committee and the House in the last stretch of the 2018 parliamentary calendar, will also go to the Zondo commission.

The parliamentary Eskom State Capture report finds former public enterprises ministers Lynne Brown and Malusi Gigaba “grossly negligent” in their responsibilities, and that both should be called to testify before the Zondo commission.

Also on the list to be called to testify there are former CEO Brian Molefe, ex-chief financial officer Anoj Singh and other top executives, most of whom have left the troubled power utility, alongside former board chairpersons such as Zola Tsotsi and Ben Ngubane.

Many witnesses claimed “I did not know” and “it wasn’t me”, but close questioning by MPs across the political party spectrum brought to the fore State Capture in practice, such as pressure to ignore the rules for certain personalities.

Brian Molefe never qualified for any Eskom pension as he was on contract, but retirement benefits were massaged in a series of letters between top brass. The lack of record-keeping on key decisions for which later no minutes could found — that includes the decision for a R1.6-billion guarantee to the Gupta-owned Tegeta amid its acquisition of Optimum coal mine, Anoj Singh told MPs — or the tweaking of records in retrospect.

What makes the public enterprises inquiry significant is that it is also one of the rare occasions when all MPs, regardless of their party-political affiliation worked together. That’s not to say it’s all kumbaya.

The hearings and the report recommendation have revealed shortcomings.

If, like the Gupta brothers, Duduzane Zuma and the former SAA chairperson and executive chairperson of the JG Zuma Foundation, Dudu Myeni, snub MPs’ call to appear before them, what next?

Parliament moved to issue subpoenas, but even though the one for Myeni was properly served, it was ignored.

It is unclear why Parliament did not move for contempt charges, or what level of support the national legislature received from law enforcement agencies in this respect.

But this aspect of inquiry into State Capture, if properly taken up and followed through, can only strengthen Parliament as the legislative sphere of government with a wide-reaching and constitutional oversight mandate.

In a different manner, the Nugent inquiry into governance at the South African Revenue Service (SARS) has already had an impact.

Whatever this inquiry may further unearth of the dysfunction and rot at the tax collector, in many ways its work was done with the interim report handed to President Cyril Ramaphosa at the beginning of October 2018.

“We stress that the replacement of Mr Moyane is not a panacea, but only the first necessary measure without which there is no possibility of rectifying the damage that has been done to SARS, and any further recommendations will be fruitless, hence our recommendation at this stage, without awaiting the commission’s final report.”

That’s a double whammy from the three-strong inquiry under retired Judge Robert Nugent. And it was this interim report with nothing provisional about it, as the judge was quoted as saying, that had Ramaphosa apply his mind before announcing the sacking of Moyane with immediate effect on 1 November 2018.

Moyane’s dismissal came after harrowing and detailed testimony before the Nugent inquiry of fall-outs, internal disciplinary charges used against those out of favour, politicking — and some bizarre non-sequiturs. During his testimony, acting SARS boss Mark Kingon apologised for leadership failures.

The Nugent inquiry is set to continue into 2019 — it will be important to finalise a host of other recommendations on the governance of SARS — while kicking off in all earnest would be the inquiry into governance at the Public Investment Corporation (PIC), the state-owned asset manager of R2-trillion of government workers’ pensions and social savings.

United Democratic Movement (UDM) leader Bantu Holomisa had requested an inquiry since as far back as May 2018. This came amid internal ructions and damaging claims over investments favouring the politically connected — as well as the collapsed VBS Mutual Bank and Steinhoff — 2017 and 2018 were not good PR years for the PIC.

The Government Employees Pension Fund (GEPF), the largest PIC client accounting for well above 70% of assets, indicated in its 2018 annual report that it had impaired R5.3-billion in lost investments, related to PIC investments in Steinhoff and Independent Media.

Dan Matjila left as CEO of the PIC on 23 November 2018, when the board accepted his offer to resign, but with immediate effect, rather than Majitla’s own proposal of a qualified exit by April 2019.

The PIC faces pressures as South Africa’s national purse is stretched tight. Already in July 2018, the governing ANC floated an idea for the PIC to turn its loans into equity to relive some of Eskom’s debt burden taken against R350-billion government guarantees.

That the Mpati inquiry continues even if Matjila is gone will be vital to ensure governance is above board, and what needs to be repaired is repaired. That is key as the inquiries conducted in 2018 have proven to be at the heart of the restoration of institutional integrity in the post-State Capture scenario that South Africa is moving towards. DM