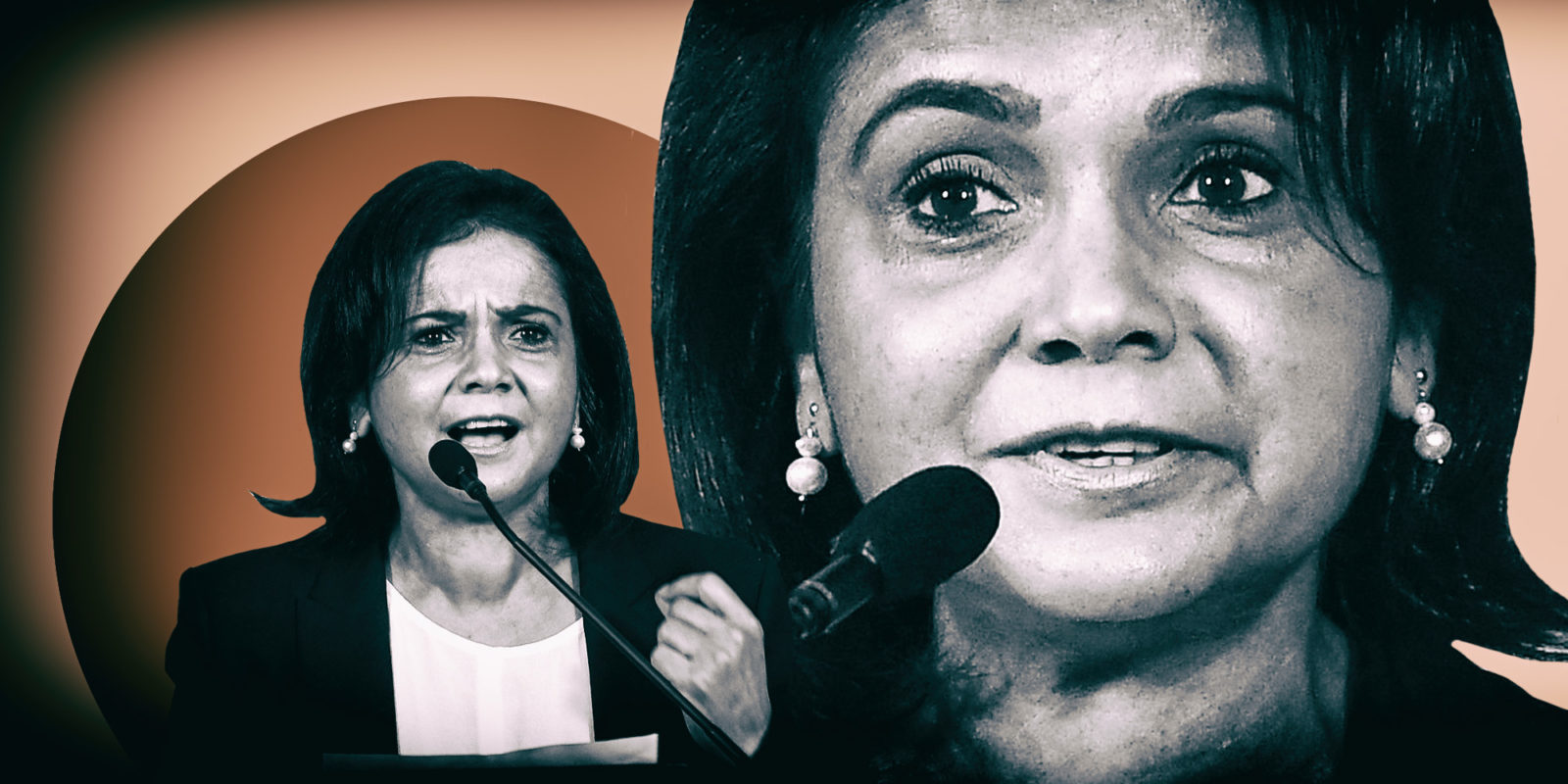 The gift of justice, or the hint at least, finally rained like Christmas boxes from late October 2019.

Together, this quad of cases showed that after 300 days in office, the methodical style of the National Director of Public Prosecutions Shamila Batohi is finally beginning to pay off.

After 300 days, the public was getting angsty. And Batohi knew it:

“I get a fair number of emails. We are acutely aware of what the people of South Africa want. How important it is for us to get the first cases (into court). Some of the challenge is getting it right.”

At a briefing in November, she said she was not revealing the “spicy stuff” and proceeded to tell a story of how much needed to be done before State Capture masterminds would be in orange overalls.

A day later, the news hit the headlines: the Regiments Capital masterminds – Eric Wood, Litha Nyonya and Kuben Moodley, among others – have had assets worth over R1-billion frozen pending an investigation. Batohi and Hermione Cronje, the head of the NPA’s investigating directorate (established to prosecute State Capture cases) had struck. See here for all the allegations facing them. It’s quite a set and all of them are close to people in political power.

It turned out, too, that the US sanctions were applied after painstaking diplomatic footwork between the Department of Justice and the NPA in co-operation with US investigators. There is similar co-operation happening with authorities in the UAE, India and Hong Kong, all countries where the Guptas tried to export their businesses to and where it is likely that they transported South African cash and other assets to.

Then, the charges against Bongo, a sitting MP, sent a message as did the charges against Malema and Shivambu who have played fast and loose with the law. Both of them and EFF MP Marshall Dlamini are under investigation for various criminal acts after violent incidents.

There’s a new sheriff in town. “I have been away for 10 years. It is a difficult process coming in. You have to talk to different people. Build trust. (We are talking about) the capture of law enforcement and the NPA itself,” said Batohi to explain why she has worked with care and not at a pace an impatient public always understood. “We are building these severely weakened institutions to get to a point where these hundreds, maybe thousands, of cases can be properly investigated or prosecuted.”

“… the NPA I have come into was a tired organisation where there was no innovation or dynamism. I left 10 years ago and feel as if nothing has changed – for example, we are lagging behind in technology and innovation”. But bolstered by a R1.3-billion budget increase, granted mid-cycle, Batohi’s staff have a new lease on life: vacancies can be filled and promotions granted. It’s like piping Energade into the system, according to Batohi.

Her self-described management style is to “under-promise and over-deliver” and she spent her first nine months in office doing a diplomatic walk – finding money from Finance Minister Tito Mboweni, striking up a good working relationship with Hawks boss Godfrey Lebeya and with SARS commissioner Edward Kieswetter, both of whom she needs in her corner because the NPA has no investigative capacity other than limited powers in Cronje’s office.

Now, it’s a time to “select the cases that will make an impact”. Besides the four cases listed, she is also re-opening the investigation into the Gupta’s Estina dairy project in Vrede in the Free State. It was thrown out of court on a first prosecution attempt.

The Regiments Capital asset freeze, the fraud charges against Bongo, and the criminal charges against Malema and Shivambu look carefully chosen to send a message – that the big fish will fry. But if you are judging Batohi and Cronje on whether former President Jacob Zuma or, indeed the Gupta brothers themselves do a perp walk, that will take longer. “We are trying mechanisms to ensure that we do hold those at the highest levels accountable. You have to bear with us a bit longer.” DM

South African People of the Year (Runners-Up) in previous years:

2018 South African Person(s) of the Year (Runners-up): Commissions of Inquiry