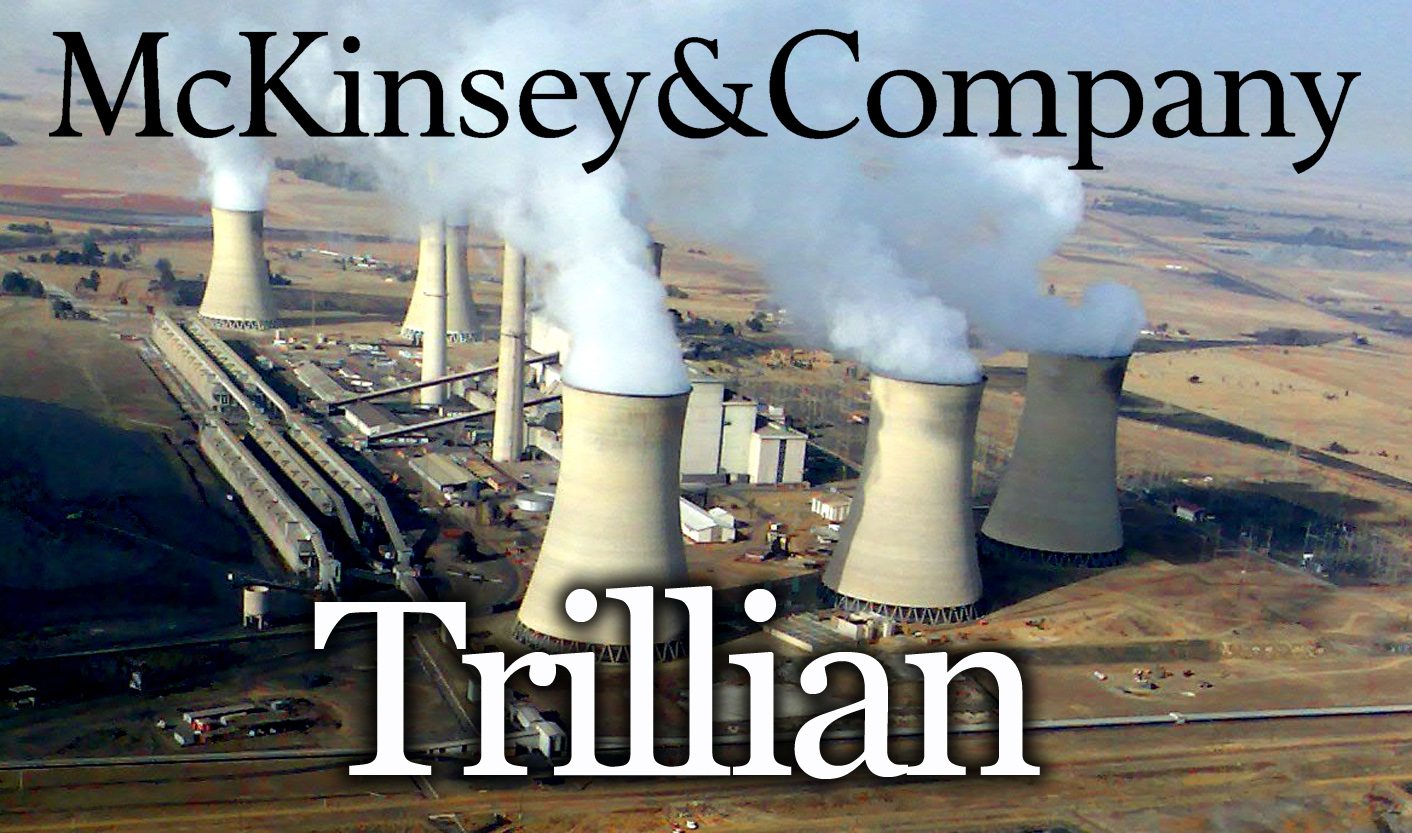 The National Prosecuting Authority has applied for a forfeiture order in terms of the Prevention of Organised Crime Act against global consulting firm, McKinsey & Co but the Trillian kitty is empty so investigators will have pull a fresh maneuver to extract cash from the embattled Gupta-linked company.

The National Prosecuting Authority rushed to court at the 11th hour to prevent a preservation order it obtained against global consulting firm, McKinsey & Co, from lapsing on Wednesday.

McKinsey is scheduled to repay just over R1-billion that it allegedly unlawfully received from Eskom following a controversial deal involving the Gupta-linked financial advisory firm, Trillian Capital Partners. Salim Essa, a kingpin in the Gupta empire, owned 60% of Trillian during that time.

Advocate Knorx Molelle, acting head of the NPA’S Asset Forfeiture Unit, in an affidavit filed, said that notwithstanding efforts by curators, they were unable to locate any recoverable Trillian assets at this stage.

Trillian had previously told Daily Maverick that it’s understanding of developments in the case was that the AFU matter against it may have been “withdrawn”.

The NPA emphatically denied this, however the order it secured against Trillian on December 14 did in fact lapse on Wednesday, May 24.

The NPA confirmed that it will proceed with recovery efforts against Trillian although it was not able to provide details of what those may entail.

The forfeiture application filed at the High Court in Pretoria was brought amid settlement negotiations between McKinsey, Eskom and the National Director of Public Prosecutions.  Eskom is now recognised as the “victim” of the alleged unlawful activity and the court application states that the NPA seeks to harmonise its interests along with those of Eskom.

The payments to the two companies had caused severe reputational harm, particularly to McKinsey. The scandal prompted McKinsey to tell Members of Parliament that it did not want tainted money during a parliamentary enquiry last year when the firm also committed to repaying its R1-billion portion.

The repayment though was held up various issues, including the company’s efforts to secure indemnity from further legal action or from being punished twice. It feared that it may hand over the cash to the AFU and then potentially face another claim from Eskom which at that stage had not brought any formal proceedings to recover the money.

That dilemma has now been somewhat resolved as the NPA confirms that it seeks to harmonise its interests with those of Eskom as the victim and rightful owner of the money. The application the forfeiture order is scheduled to be heard later this year.

It is unclear precisely what the cause of the “impasse” was during the settlement negotiations between McKinsey and the NDPP. Daily Maverick understands that those were at an advanced stage when the NPA headed to court with its forfeiture application.

Eskom paid McKinsey and Trillian over the course of several months between August 2016 and February 2017 without any valid contract.

In the initial application for the preservation order, the AFU described the Eskom deal between the two companies as “patently corrupt” and “collusive” and accused McKinsey of having played an instrumental role in siphoning the R1.6-billion out of Eskom.

It said that Eskom had released the staggering payments to the companies in the absence of a valid contract and in some instances, without proof of services having been rendered. Those payments followed a series of alleged irregularities in contravention of the Public Finance Management Act which included among others, the deliberate and fraudulent circumvention of Eskom supply chain process and in the circumstances certain acts of alleged theft, fraud and money laundering in contravention of the Prevention and Combatting of Corrupt Activities Act. DM