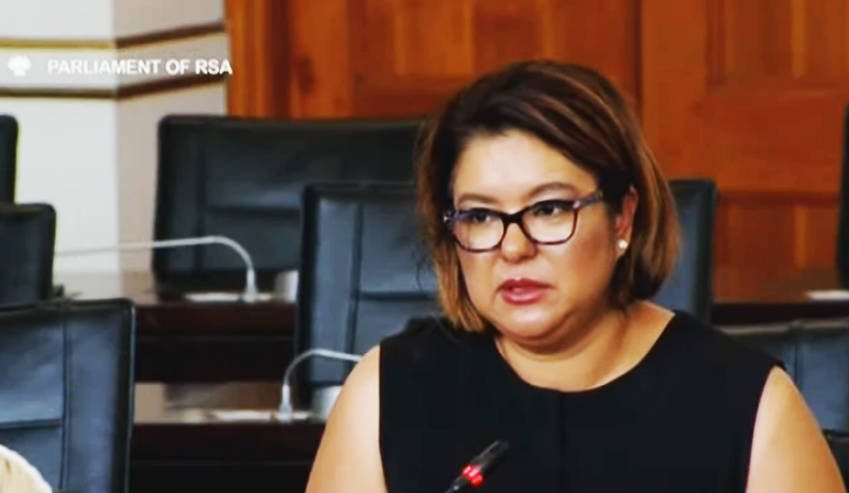 The Eskom executive who was suspended days after initiating the R1.6-billion letter of demand against consulting firm McKinsey & Co and the Gupta-linked Trillian Capital Partners is set to return to work on 19 March. By JESSICA BEZUIDENHOUT.

Eskom has been ordered to lift, with immediate effect, the suspension of its head of legal and compliance, Suzanne Daniels.

Daniels is set to return to work on 19 March following her victory over the parastatal at the Commission for Conciliation, Mediation and Arbitration where she had challenged her dismissal as procedurally and substantively unfair.

The state-owned company also has to compensate her with the equivalent of five months’ pay by no later than 30 April.

Eskom spokesman, Khulu Phasiwe, said the company has obtained a copy of the ruling.

“It is important to note that the CCMA did not delve into merits of the case or claims against Suzanne Daniels. The CCMA essentially found that Eskom did not follow the correct procedure in the executing (of) the suspensions,” Phasiwe said.

The company will now seek legal advice ahead of the deadline set for reinstatement and such advice will inform Eskom’s position on any case against Daniels going forward, Phasiwe said.

Daniels was suspended in October 2017 just days after she instructed the law firm, Bowman Gilffillan, to issue letters of demand to McKinsey & Co and the Gupta-linked Trillian Capital Partners for payments the companies had allegedly received without valid contracts.

Despite great effort by some Eskom executives to spare the two companies the burden of repayment, they have both since been slapped with preservation orders following an application to the Bloemfontein High Court by the Asset Forfeiture Unit, which seeks to recover the money as the alleged proceeds of crime.

Bowman Gilfillan, at the instruction of Daniels, issued the letter of demand to McKinsey and Trillian on 4 October notifying the companies that interim findings of initial investigations had found “unequivocally” that payments to the companies were, among other things, unlawful.

In view of Eskom’s duties under the Public Finance Management Act, it was therefore compelled to have money “unlawfully paid out” returned to it.

As soon as the letters of demand went out, Daniels found herself suspended, initially over a series of alleged misconduct claims serious enough to warrant her dismissal.

Those included that she had failed to advise Eskom adequately in relation to the controversial deal involving McKinsey and Trillian, that she had failed to independently consider legal findings and conclusions of information submitted to former Public Enterprises Minister Lynne Brown and that she allegedly had a hand in the destruction of documents relating to the pension fiasco involving former Eskom CEO, Brian Molefe.

The charges relating to those serious allegations vanished with no explanation when Eskom lifted her suspension in December. However, it then served her with a fresh suspension on the same, this time over the bill for a team-building exercise she had arranged to heal rifts within her team.

Testifying before Commissioner Prince Kekana at the CCMA over four days in January and February 2018, Daniels argued that she had in any event not derived any personal gain out of the team-building effort and had ultimately settled the full bill from her personal account.

Eskom unsuccessfully argued that its conduct in both suspensions was fair and that there had been no unfair labour practices as a result.

Commissioner Kekana disagreed and set aside Eskom’s decision to suspended her a second time and awarded Daniels compensation for the first suspension.

Kekana’s arbitration award states: “In determining the amount of compensation, I took into account that the applicant acted with speed to challenge the suspension. The suspension was humiliating and impacted her reputation negatively. The suspension also impaired her dignity.” DM

Photo: Suzanne Daniels seeks the upliftment of her suspension and compensation for legal costs incurred as well as for reputational damage she says has suffered as a result. (Parliament of RSA photo)