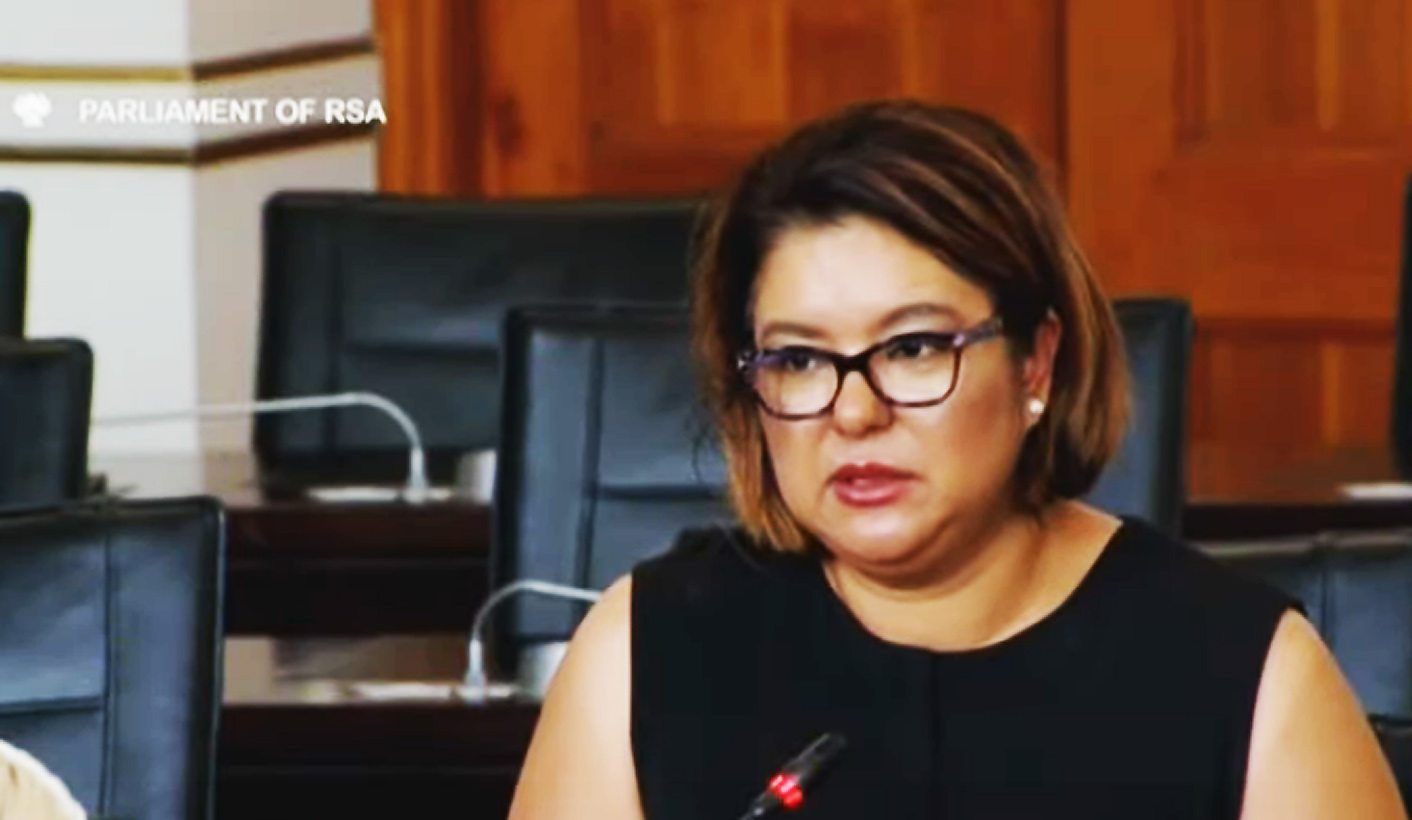 The embattled power utility is forging ahead with flimsy case against Suzanne Daniels, its head of legal and compliance and, coincidentally, the insider who demanded the Gupta linked Trillian Capital Partners and US firm McKinsey pay back R1.6-billion. By JESSICA BEZUIDENHOUT.

A R9,600 legal bill and a R66,000 tab for a two-day team building exercise – that’s what Eskom’s case against its now suspended head of legal and compliance, Suzanne Daniels, comes down to.

Removed in October, she is challenging her suspension at the Commission for Conciliation, Mediation and Arbitration in Johannesburg on grounds that it was unfair and lacked legal basis.

The charge relating to the bill for the breakaway session at KievitsKroon outside Pretoria is arguably not worth the paperwork or the lawyers’ fees.

That’s because the power utility never paid for it – Daniels coughed up the cash herself upon realising the company did not intend to pay for the event attended by just under two dozen employees as she sought to heal rifts in her team, some of which had allegedly been caused by her management style.

Daniels seeks the upliftment of her suspension and compensation for legal costs incurred as well as for reputational damage she says has suffered as a result.

For a company under severe financial and reputational strain, Eskom has seemingly gone all out in its quest to tackle Daniels with nearly every acting Group Chief Executive’s signature featuring on the relatively small batch of paperwork submitted at the arbitration hearing in Johannesburg on Wednesday.

The initial notice of intention to suspend was served on her at her private home by Johnny Dladla; the second, by Sean Maritz on the same day he replaced Dladla as acting group CEO; and the latest, issued by Elsie Pule.

In the space of three months since her suspension, Eskom has presented Daniels with three very different sets of charges.

Dladla, in the initial notice referred loosely to various allegations, none of which made it into the formal disciplinary notice, later issued by Maritz on October 6.

At this stage, the company warned that allegations of misconduct against Daniels were serious enough to warrant dismissal should she be found guilty.

They included that she had failed to advise Eskom adequately in relation to its controversial deal with McKinsey and Trillian; that she had failed to independently consider legal findings and conclusions of information submitted to Public Enterprises Minister Lynne Brown. There was also an allegation of destruction of documents relating to the Brian Molefe pension fiasco at some point.

But all that serious stuff miraculously vanished mid-December, when Eskom withdrew the charges and lifted her suspension.

But only for a minute or so, because it then immediately suspended her again, this time on the current two charges:

One, that she was guilty of serious misconduct, alternatively gross negligence, after she commissioned outside legal advice for a grievance that staff had levelled against her as acting Company Secretary and;

Two, that she had concluded a contract for the team breakaway session when she ought to have known that Eskom would not pay for it.

Eskom charges that Daniels allegedly arranged for the cost thereof to be billed to Eskom via the law firm, Cliffe Dekker Hofmeyr. The law firm initially paid for it then and billed Eskom, but Daniels settled this from her personal account when it became clear that her employer would not pay.

“The arrangement with CDH was reached on the basis of you intentionally misrepresenting to DCH that the company would not timeously pay for the team breakaway due to the Company’s protracted internal administration processes.”

Said Daniels: “Having due regard to the nature of the allegations raised against me and the proposed disciplinary process, I cannot but conclude that this is some sort of stage-managed victimisation and a concerted attack on my integrity. “

Furthermore, she contends there may be other motives for trying to oust her from her job.

“Eskom has been somewhat dilatory in taking action against senior officials who have been implicated in serious acts of financial misconduct, otherwise referred to in the media as acts in furtherance of institutional or ‘state capture’.”

In response to the initial notice of intent to suspend her in October last year, Daniels questioned the “real reason” for her proposed suspension against what she described as a lack of action in respect of “certain executive officials, against whom we have prima facie evidence of actionable wrongdoing in terms of the PFMA.”

Those executives, she said, have allegedly committed gross misconduct “yet were allowed to continue in their positions of trust despite the gravity of the alleged flagrant disregard for governance and regulatory protocols, notwithstanding the public outcry, you persisted in allowing them to be at work despite my recommendations to the contrary”.

While Eskom has since suspended several senior officials and executives, there was a significant delay in the company drawing up charge sheets against them.

As proceedings got under way before Commissioner Prince Kekana yesterday, Daniels began by sketching the background to her suspension, spelling out a series of crises that included Eskom’s precarious financial position, scandals surrounding the Guptas’ Optimum Coal penalty settlement, the R1.6-billion guarantee issued to the Gupta-owned Tegeta to enable them to buy Optimum and the various ex gratia trips to Dubai that some Eskom bigwigs had undertaken courtesy of the Guptas.

Perhaps it is no coincidence that Daniels was served with her first suspension notice 48 hours after she issued letters of demand for the Gupta-linked Trillian Capital Partners and US consulting firm, McKinsey to repay R1.6-billion it had been paid by Eskom without a valid contract.

Details of this controversial deal have been laid bare by various investigations including that done by Advocate Geoff Budlender SC, who had been tasked with conducting an independent investigation for Trillian when the company still had room to maneuver around the stink as well as the various whistleblower accounts provided during a parliamentary inquiry late last year.

Daniels, who presented extensive testimony at the parliamentary hearing, is scheduled to be cross examined by Eskom’s lawyers when the case resumes on Thursday morning. DM

Photo: Susan Daniels seeks the upliftment of her suspension and compensation for legal costs incurred as well as for reputational damage she says has suffered as a result. (Parliament of RSA photo)