Analysis: With Bogeyman Zuma behind, SA steps into the Political Unknown 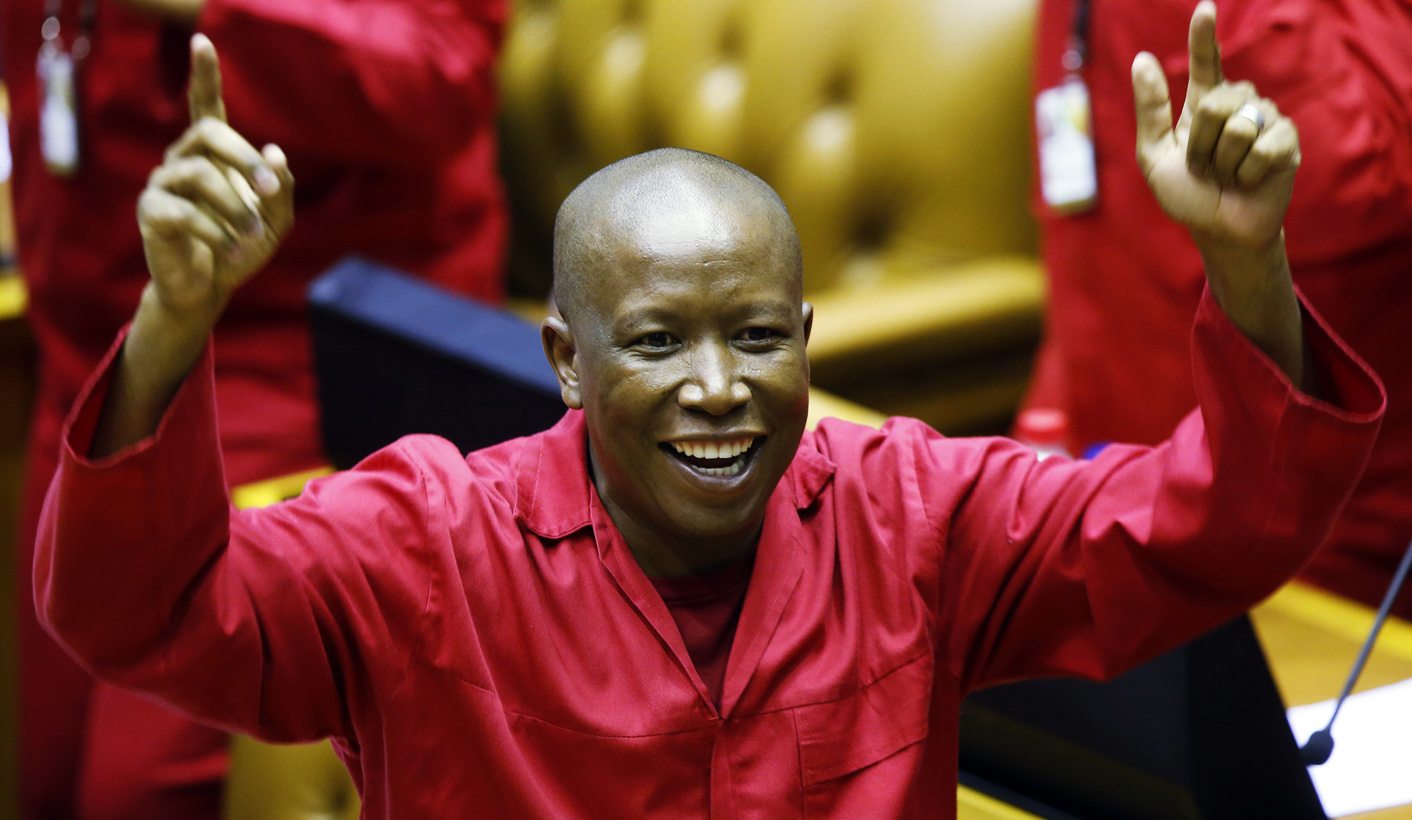 Over the weekend leader of the Economic Freedom Fighters Julius Malema demonstrated, if another demonstration was necessary, that he intends to make the 2019 elections all about race. At the same time, the election of Cyril Ramaphosa as ANC leader and then president of the country has led to claims that our politics is about to change fundamentally. By STEPHEN GROOTES.

It is, obviously, incredibly foolish to attempt to predict the issues and outcomes of the 2019 elections on a date as early as today’s. The land issue could play out in complex and emotive ways, or somehow end up on the back burner as it has for the last 20 years.

Still, the actions of some politicians are rather revealing. The biggest variable is probably not going to be the behaviour of the opposition parties at all, but the way that the ANC conducts itself.

For some opposition parties, this must be a scary moment: Jacob Zuma the Bogeyman is no longer there. But politics also has intended and unintended consequences. Malema may actually end up strengthening the DA in some ways, while the ANC is not necessarily the unified body it proclaims to be. On top of this, and despite the focus on urban areas and Gauteng, one of the biggest questions is going to be what happens in KwaZulu-Natal.

In a country with our economy, if there were such a thing as a “normal” election, the issues would surely be unemployment, corruption, and racialised inequality. These are the issues driving our day to day reality, resulting in poverty which dominates so much of our nation’s life. It is obvious that Ramaphosa knows this. In his first major speech as ANC leader he spoke about the “social pact” he wants to create between business, government and labour, and then about the need to fight corruption. He has also appeared to act in a reconciliatory manner, by speaking to everyone, often in their own languages. This means that for him, and presumably for the ANC, if there can be hope for the economy, the 2019 elections will be much easier for his party.

For the DA, the main focus is likely to be on their claims of superior service delivery and corruption. It is in their interests that the scandals involving senior ANC leaders during, and even after, the Zuma years, keep coming to light. The appointment of David Mabuza as Deputy President probably led to Mmusi Maimane sleeping much better last week. The hurdles they face in keeping the taps flowing in Cape Town are a huge headache, while they hope that change is visible in Tshwane, Joburg and Nelson Mandela Bay. And of course, they need to ensure they retain Nelson Mandela Bay in light of the EFF’s plan to hand it back to the ANC.

This then takes us back to the EFF, and the comments over the weekend from Malema that he is going after Athol Trollip as mayor in that city, because he is white. He claims that by “cutting the throat of whiteness”, and attacking him particularly in this way will make people sit up and notice, and cause white people more concern.

It is a fascinating claim that seems hard to substantiate. More people, more voters, are likely to know the names of Herman Mashaba and Solly Msimanga than the name of Trollip, if just because those cities are so much bigger. And interestingly, from an economic philosophy point of view, it is likely that Mashaba is much more to the Free Market Foundation right than Trollip. Which means that Malema really is going after the NMB mayor just because of his race.

It should also not be forgotten that Malema may well fail to remove Trollip, thanks to the particular political makeup of that council, whereas he would certainly be able to remove both Mashaba and Msimanga. This suggests that this could be an empty threat, because he knows that if he does actually hand a metro back to the ANC, he could be punished by the voters who specifically voted against them.

All of what we are seeing now is the politics of division. Once again, Malema is trying to create an “us and them” narrative. You are either with him or against him, and considering the demographics of the country, he is betting that will work in his favour. It is also the kind of Malema we have seen before, before Zuma and his corruption came to dominate our politics. This was the Malema of 2011, when he was running ANC Youth League conferences with pomp, ceremony and a VIP lounge. And it was the Malema who told an ANC audience on the eve of the 2011 local government elections, “The DA is for white people, the ANC is for black people.”

However, there is another possible consequence of this kind of racial rhetoric. One of the problems the DA has right now is that the turnout of its voters was pushed up by the presence of Zuma as president. In other words, people in suburbs queued to vote against Zuma, rather than to vote for the DA. With Ramaphosa in charge, they may not feel that urgent need to vote quite so much. However, with Malema on the warpath in this way, they may be reminded that their vote is important, and so they will feel that they should make the effort. Which means that Malema actually ends up pushing up the share of the vote garnered by the DA.

This is how the politics of division works: if you push one button hard enough, you can expect anti-reaction, and your opponents may successfully move against you.

This, of course, leaves the ANC somewhere in the middle. That is probably perfectly fine for the party, it can happily live with that. Most of our voters are probably in the middle too, especially if one ignores Twitter screamery and looks at polling and voting data.

However, there is still one massive headache for Ramaphosa that he is nowhere near to solving. It is the ANC’s KZN problem. If there is one group of voters who have changed their voting behaviour more than once, it is black Zulu-speaking voters in KZN. The IFP won the province in 1994, and then declined. In 2009, when Zuma came to power, he was able to campaign there heavily, and pushed up the share of the vote gained by the ANC. Such is the size of KZN’s population (it had the highest population then, it is now only behind Gauteng) that this had a big impact on its share of the national vote. Now, Zuma is gone, and there are no representatives of KZN in the ANC’s Top Six.

There is worse to come. It is obvious that the relationship between the ANC and King Goodwill Zwelithini is now at a low ebb. He may well have told Zuma to step down, but he is absolutely furious at plans to dissolve the Ingonyama Trust, which controls much of the land in the province. It is currently answerable only to him, as the sole trustee, and is surely hard to defend in a democratic country where “all are equal before the law”. While it is possible to both underestimate and overestimate his influence on voters there, the fact that he is so often courted by politicians suggests he is a factor.

While the ANC is still unlikely to lose control of KZN, a decline there could affect its national total.

It is, of course, entirely possible that none of these issues will still be pressing and deciding factors in the 2019 elections. The world may look different by then – the great foreign powers may decide to do some global remodelling of their own. What remains pretty obvious in South Africa is that it will keep encountering many powerful obstacles on its democratic road – our future depends on how successfully we, as a nation, will negotiate them. DM

Photo: Leader of the EFF Julius Malema sings and dances with other members of the party shortly before the results of the voting process are read out during a motion of no confidence vote against South African President Jacob Zuma in the Parliament in Cape Town, South Africa 08 August 2017. EPA/MARK WESSELS.