Africa for optimists: 2013 in review 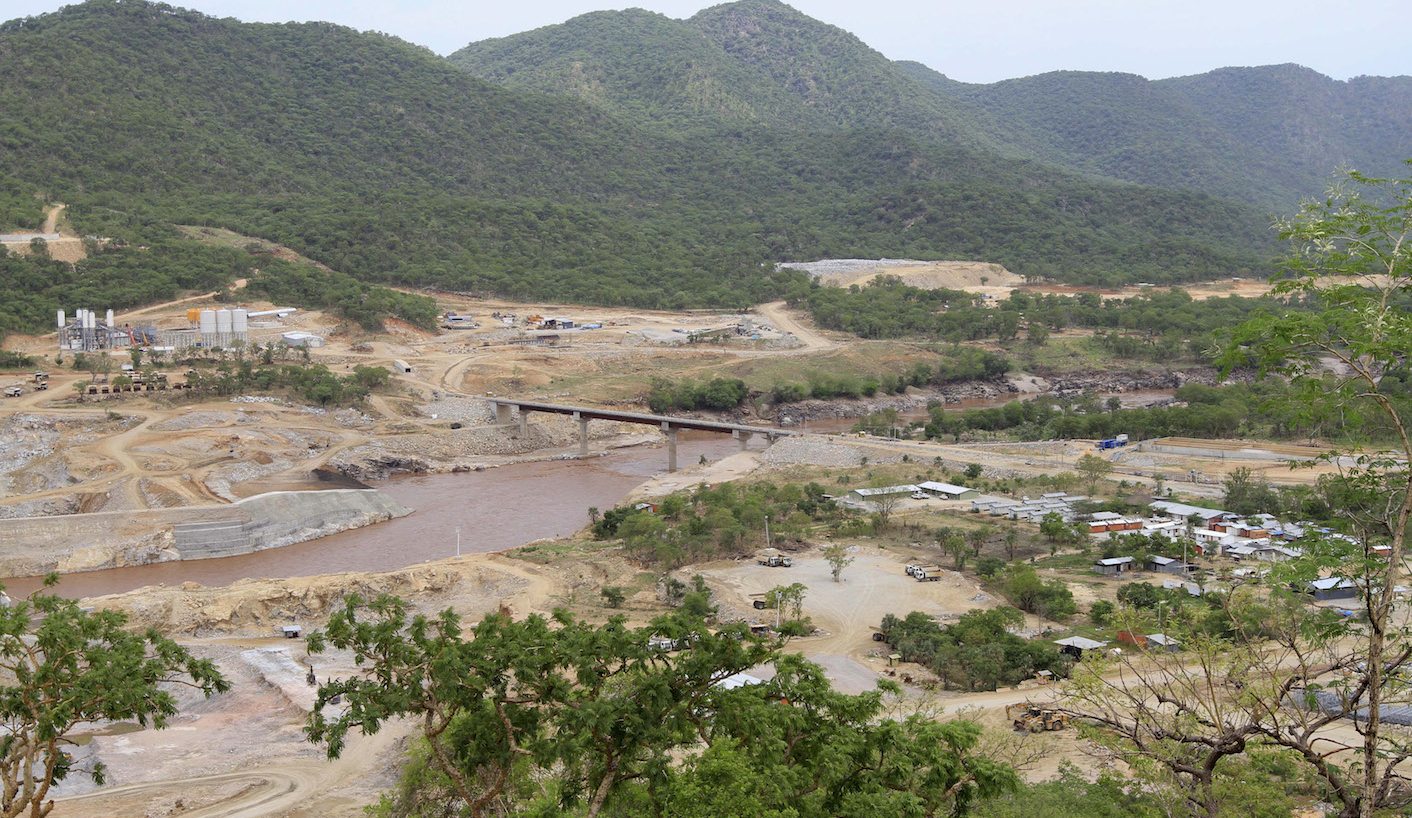 If you think Africa’s only about coups, civil wars and crazy dictators…well, we do have a few of those. But there’s been plenty else happening on the continent that defies all those negative stereotypes. SIMON ALLISON picks some of the year’s most encouraging stories.

In May, Ethiopia began the process of diverting the flow of the Blue Nile to allow construction to begin on the mammoth 6,000MW Grand Ethiopian Renaissance Dam. It’s the kind of showpiece infrastructure project designed to reflect Ethiopia’s impressive economic progress over the last decade, as well as its sizeable ambitions; but it also poses an existential threat to Ethiopia’s downstream neighbours, Sudan and Egypt, who worry that any drop in Nile water supply could have a catastrophic impact on agriculture in their own countries.

At one stage, both Sudan and Egypt were talking tough – demanding that Ethiopia cease construction and threatening military action if it continued. Ethiopia, for its part, didn’t help matters by taking advantage of the chaos in Egypt in the wake of the Arab Spring to press ahead with its plans.

This year, however, tempers have cooled and both Sudan and Egypt have toned down their rhetoric. Sudan, in fact, has been converted, with President Omar al-Bashir giving his Ethiopian counterpart his official blessing for the project. Ethiopia deserves a lot of credit for this: patient but firm diplomacy, combined with a few tasty economic carrots, has defused a potentially explosive situation. All three countries are now participating in an intergovernmental committee to exchange ideas and make plans to alleviate any potential impact – managed sensibly, there is plenty of water to go around.

Where have all the pirates gone?

For the last decade or so, Somalia has been synonymous with famine, Al Shabaab and pirates. While Al Shabaab are still hanging around, and the humanitarian crisis, while improved, is still acute, pirates operating from the Somali coast are becoming harder and harder to find. This year, there have been just seven attacks on shipping that have been attributed to Somali pirates, and none of them have been successful – a precipitous decline from the grim heights of 2011, when 176 attacks were recorded.

To start with, ships travelling through the danger areas are much better equipped, with most carrying armed guards. No ship with armed guards has ever been hijacked in the area. Then there’s the coordinated naval response, which has seen the Red Sea, Gulf of Aden and Bab el Mandeb Strait patrolled by a European Union flotilla. Finally, and perhaps most importantly, the changing economics of piracy no longer make it particularly worthwhile: with local Somali communities becoming less accepting of the pirates in their midst, it’s harder and a lot more expensive to maintain hostages for a ransom that may or may not come.

It’s not all good news: the decline in Somali piracy is being offset by a rise in piracy off West Africa. Hopefully, the lessons learned and applied so effectively in Somalia will be applicable elsewhere.

Read: Winning the war against Somali piracy: so far, so good and Review: 20 Months in Hostage Hell (or What Drove Debbie Calitz to Drugs) on Daily Maverick.

Madagascar: is there a happy ending in sight?

Madagascar is in a bad way. Since 2009, when radio DJ-turned-coup leader Andriy Rajoelina seized power, the country has been crippled by economic sanctions and in a constant state of political crisis. The consequences of this have been all too obvious: a collapsed economy, widespread poverty, and a health system that is currently being over-run by an outbreak of the bubonic plague (yes, that most medieval of diseases).

Photo Madagascar’s President Andry Rajoelina shows his inked thumb after casting his ballot at a polling centre in Ambatobe, on the outskirts of the capital Antananarivo, October 25, 2013. (REUTERS/Thomas Mukoya)

Meanwhile, the Southern African Development Community, spear-headed by South Africa, has been quietly – very quietly, at times – trying to persuade the main antagonists to put aside their own ambitions and let Madagascar return to some semblance of normality. Finally, all the hard work paid off: Rajoelina and Ravalomanana both agreed to renounce their claim to the throne and allow elections to go ahead.

Despite a few hiccups, those elections finally happened in October, and were relatively calm. Although Jean-Louis Robinson, a stalking horse for Ravalomanana, won the most votes, he failed to obtain an absolute majority. This means he’ll face the second-placed candidate, Hery Rajaonarimapianina, in a run-off election on December 20. And yes, you guessed it: Rajaonarimapianina is Rajoelina’s man.

Provided the run-off goes smoothly, it shouldn’t matter who wins. What’s important is that Madagascar will be brought back into the fold, those economic sanctions lifted, and the new government can start to worry about actually governing the country. From here, the only way is up.

Read: Cautious optimism as Madagascar votes in (relative) peace and Madagascar: A victory for SADC’s ‘quiet diplomacy’ on Daily Maverick.

The defeat of M23 (and the UN’s new-found teeth)

It all happened remarkably quickly. The Congolese army had been fighting a rebellion against rebels from the M23 movement in the eastern Democratic Republic of Congo for months, and then, in a matter of days, it was all over: the rebels had been vanquished. The stunning military victory is partly due to a surge of professionalism in the Congolese army, but a large chunk of credit must also go to the United Nations and its experimental new peacekeeping force, the Force Intervention Brigade (FIB).

The 3,069-soldier strong FIB is made up of troops from Malawi, South Africa and Tanzania, and is unlike any other UN peacekeeping unit in that it has an offensive mandate – it is allowed to go on the attack, which it did in support of the Congolese army against M23. Attack is the best form of defence, goes the sporting cliché; perhaps the same is true of peacekeeping.

Still, before you get too excited, remember that these are baby steps. M23 has officially surrendered and is at the negotiating table, but successfully reintegrating its fighters into society is an even more complex challenge. And nor is M23 the only problem group in the area: the UN has already said it is going to target the FDLR next (a militia group made up from the remnants of Rwandan genocidaires), which is likely to be a challenge of even greater magnitude.

Read: UN goes on the attack in the DRC, DRC and the future of peacekeeping: now with added drones and UN targets more rebels in DRC, with South African help on Daily Maverick.

Nigeria is full of paradoxes and contradictions, but the craziest must be this: as well as being Africa’s largest exporter of crude oil, it is Africa’s second largest importer of refined petroleum. Out the oil goes, and then back it comes – with a hefty mark-up.

In paradox there is opportunity, as Aliko Dangote well knows. Earlier this year, Africa’s richest man, worth a tidy $22 billion, announced plans to build a new oil refinery in Nigeria that would, at a stroke, nearly double Nigeria’s refining capacity, producing 400,000 barrels a day. It is also likely to create tens of thousands of jobs.

Such projects don’t come cheap, however. Dangote estimates his refinery will cost $9 billion, making it one of the most expensive investments in Africa. Already, however, he’s secured $3.3 billion in loans to get it started.

This, ultimately, is why Dangote’s refinery is so encouraging: although it’s wonderful (and simply good business) for Nigeria to refine its own oil, and the jobs are an added bonus, the fact that African businessmen are in the position to conceive of and carry through projects on this scale is a telling indication of the progress that the continent has made, and of the future that Africa’s best and brightest can see for it. A few years ago, a project like this would have been inconceivable.

Photo MAIN: Ethiopia’s Great Renaissance Dam is constructed in Guba Woreda, some 40 km (25 miles) from Ethiopia’s border with Sudan, June 28, 2013. Egypt fears the $4.7 billion dam, that the Horn of Africa nation is building on the Nile, will reduce a water supply vital for its 84 million people, who mostly live in the Nile valley and delta. Picture taken June 28, 2013. (REUTERS/Tiksa Negeri)