Winning the war against Somali piracy: so far, so good 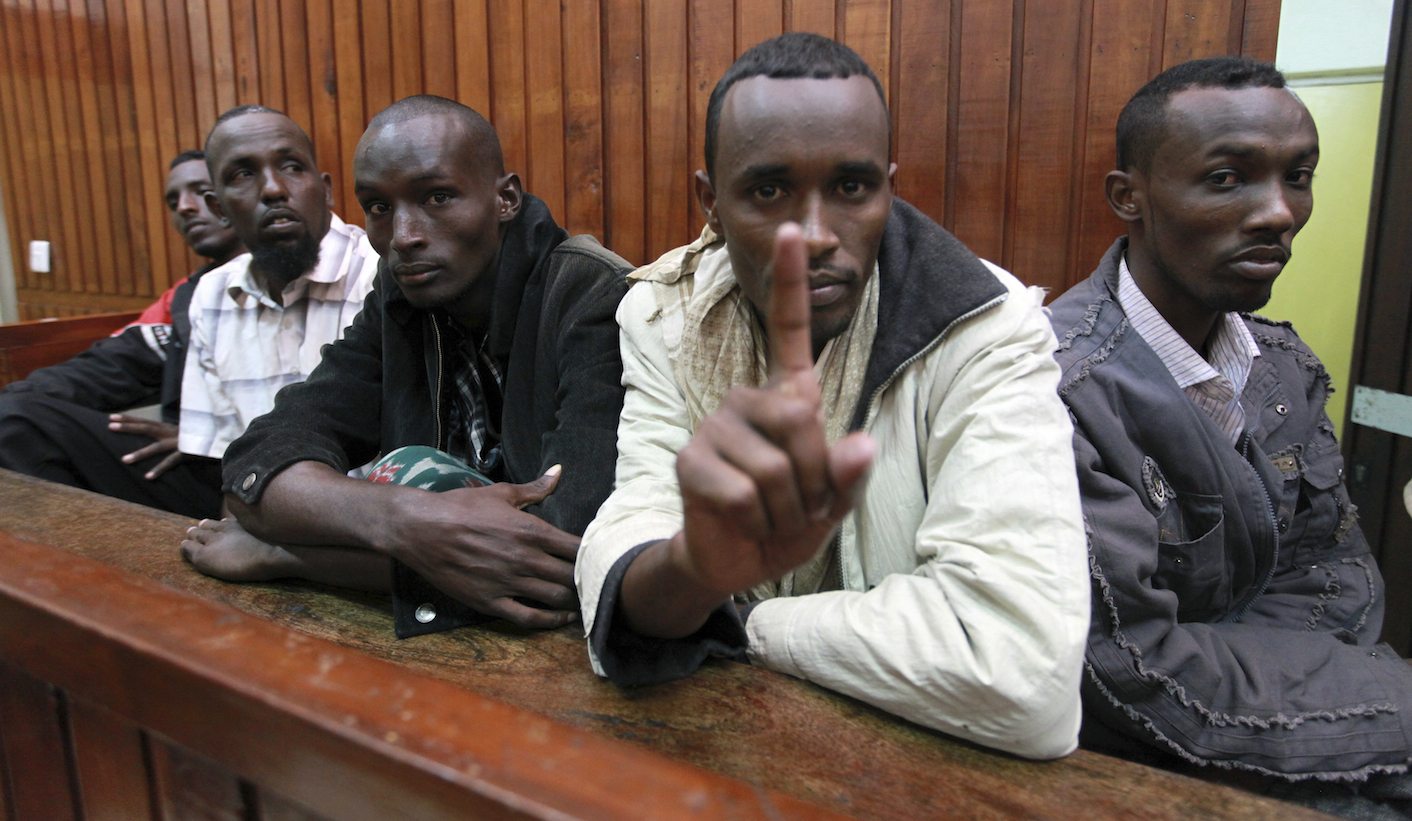 In this age of globalisation, there are more treasure-laden ships than ever before on our oceans’ maritime highways. Inevitably, where there is treasure there are pirates, especially in and around the coast of Somalia, which has become a notorious modern-day pirate lair. There’s good news, however: the fight against Somali piracy is being won, and the same tactics might work elsewhere. By SIMON ALLISON.

Last month – on 19 September, to be precise – was International Talk Like a Pirate Day. It’s a real thing, celebrated mostly by drunken freshmen on university campuses in South Africa and across the world. Except, if you’ve been donning the old eyepatch and peppering your conversation with Jack Sparrow-esque ‘Arrs’ and ‘Ahoy there, mateys’, you’ve been doing it all wrong.

These days, pirates are more likely to sling an AK-47 than a scabbard, and Jack Sparrow would be completely incomprehensible to them – unless, of course, he was accompanied by a Somali translator.

For the last eight years, the waters off the coast of Somalia have been the most dangerous place in the world for global shipping. At its height, in 2011, there were 199 actual or attempted attacks attributed to Somali pirates – an epidemic of high-seas brigandry which caused panic in the boardrooms of the great maritime trading companies (pirates have pushed global trade costs up by about $18 billion per year). The attacks targeted people as well as goods, with hostage-taking sometimes proving more lucrative than the cargo itself. There are still 97 foreign hostages being held by Somali pirates.

But amidst all the doom and gloom coming out of Somalia (pirates are, after all, relatively low on that poor country’s long list of priorities), some good news: piracy is on the wane.

The latest report issued by the International Maritime Board which monitors pirate attacks worldwide notes that there have been just 10 attacks attributed to Somali pirates – a precipitous decline.

Donna Hopkins, the US government’s anti-piracy coordinator, summarises the four main reasons behind the drop:

“One is the willingness of private ship owners and commercial maritime companies to arm their ships and to adopt best management practices that prevent pirate boardings in the first place. I give the commercial industry a great deal of credit for that enlightened self-interest. I know it is expensive and difficult but it has proven completely effective and that no ship that carries armed security has been hijacked, ever, to date. The second is the extremely good and close cooperation between the naval forces from many nations who are working together productively off the Horn of Africa to disrupt and repress the pirate actions…Third, I would say the increased willingness of countries to prosecute pirates in their national courts. Right now there are 1,148 pirates either suspected or convicted in custody in 21 countries. We have put a significant dent in the prospective pirate population in that respect. So no longer can prospective pirates count on impunity from prosecution. Fourth…Somali communities along the coastal areas of Somalia themselves have grown disgusted by the toxic and corrosive effect of pirates in their communities and they are starting to run the pirates out of town.”

Although it is encouraging, this does not mean that the threat from Somali pirates is over (nor its impact on trade). As long as the Somali state remains so dysfunctional, there will be space for pirates to operate and places for them to spend their ill-gotten gains – and piracy, with its potential for multi-milllion dollar rewards, will remain an alluring prospect. Constant vigilance is required, and that means the multi-national naval force won’t be going anywhere soon, nor will the armed guards on board ships.

As Somali piracy has been contained, however, attention is turning to the other side of the continent, where west African pirates are becoming dangerously bold. Although Togo, Benin, Cote D’Ivoire and Guinea are also affected, Nigeria in particular has seen a sharp increase in attacks over the last few years, with International Maritime Board figures showing 29 actual or attempted attacks in the waters off Nigeria this year alone – nearly three times as many as off Somalia.

West African piracy tends to be quite different from the Somali version, observed Timothy Walker, a researcher specialising in maritime security issues at the Institute for Security Studies. “West African piracy incidents revolve around oil, either the attempted hijacking or extraction of the oil from a ship, or else the hijacking and ransacking of support vessels for oil drilling platforms and tankers,” he told Daily Maverick.

Nonetheless, there are lessons that West Africa can learn from the multilateral effort to secure shipping in east Africa. “The most important of these lessons is the need for an integrated approach and response to piracy. West Africa (through regional body Ecowas) and East and Central African States (through ECCAS) have or are busy finishing the development of integrated maritime security strategies. Piracy is an important issue, but the focus is shifting towards an integrated approach to securing the maritime domain. These strategies, when thoroughly implemented, are going to have a great impact upon maritime security in the regions. Moreover, there is great emphasis on a nuanced and holistic approach to attaining maritime security. For instance the Gulf of Guinea Code of Conduct, correctly noting the importance of counter-piracy initiatives, nevertheless also focuses on issues such as illegal, unreported and unregulated fishing, which poses a tremendous long term threat to maritime security unless serious efforts aimed at preventing environmental abuses and crimes are undertaken soon.”

Piracy has been around for centuries – millennia, even – and isn’t going anywhere anytime soon. But the Somali example has shown us that sensible precautions and international cooperation (as well as some serious financial investment) can go a long way towards neutralising their threat. Perhaps Jack Sparrow won’t be needing that Somali interpreter much longer. DM

Photo: Five of the seven Somali pirates who are sentenced to a jail term of 20 years each sit in court at the Kenyan coastal town of Mombasa August 8, 2012. (REUTERS/Joseph Okanga)