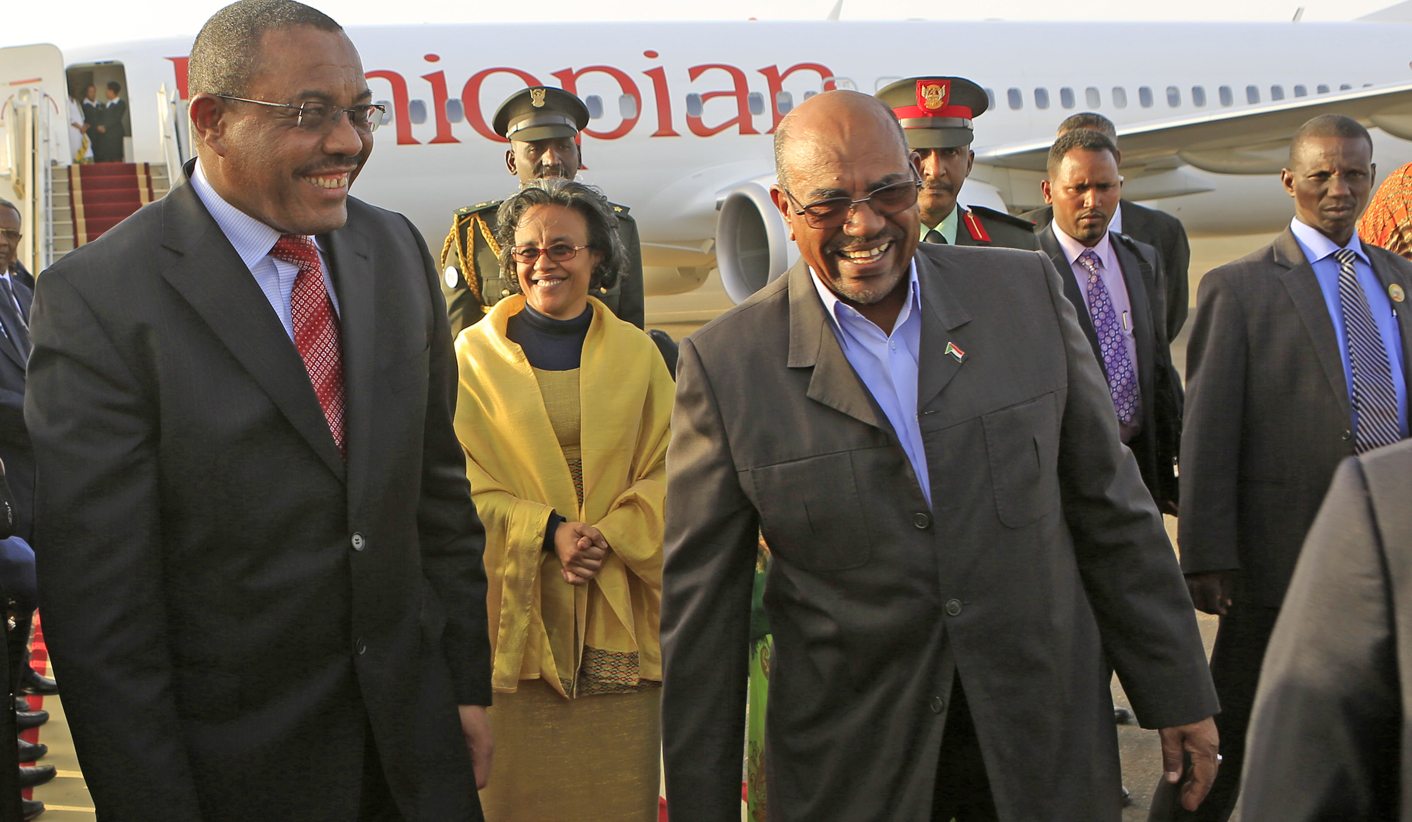 Although it’s been coming for a while, it was only on Tuesday that Sudan confirmed that it was siding with Ethiopia in the battle for control of the waters of the Nile. Egypt is now on its own in opposition to Ethiopia’s mammoth new hydroelectric plant, giving it little choice but to cooperate. SIMON ALLISON argues that this is an excellent outcome from a potentially explosive situation.

When Ethiopia first announced plans to build a massive hydroelectric plant on the Nile River, Egypt and Sudan were horrified. For both nations, the Nile is their lifeblood – without it, neither would be able to grow food in the quantities necessary to support their populations.

Nor had they ever had to worry too much about the Nile’s water supply before. Under the terms of a colonial-era treaty (it is remarkable how some African nations cling onto the legacy of colonialism when it suits their own interests), Egypt was legally entitled to 87% of the Nile’s water, while Sudan got the rest. Upstream nations – and there are many – were too underdeveloped in those days to get their own official allocation, and hadn’t bothered to challenge the status quo since.

And then, in 2011, Ethiopia came along with plans for the Grand Ethiopian Renaissance Dam – a huge hydroelectric project on the Nile, which should generate around 6,000MW of electricity annually (that’s the official line, anyway; in an interesting if technical blog post, Professor Asfaw Beyene argues that it’s realistic capacity can’t be more than 3,000MW). Egypt and Sudan panicked about what this would mean for their own water supply: would it cause the water levels in the Nile to drop, especially during the years it takes to fill the dam; and would Ethiopia be able to turn the Nile on and off like a tap, holding Egypt and Sudan hostage in the process?

Their fears, however vociferously expressed (especially in Egypt, which at one stage threatened military action), were not enough to halt construction on the project, which commenced in May this year. As well having geography on its side – the Nile water flows through Ethiopia before it gets to Egypt or Sudan, and no amount of sabre-rattling can alter that fact – Ethiopia recruited all the other upstream nations to its cause under the banner of the Nile Cooperative Framework Agreement (signed by Ethiopia, Burundi, Kenya, Rwanda, Tanzania and Uganda). This was a diplomatic coup that left Egypt and Sudan looking lonely and vulnerable, and with little choice but to accept the new arrangements.

This week, Ethiopia secured another diplomatic coup – one which all but guarantees the future of the Grand Renaissance Dam. At a meeting between Ethiopian Prime Minister Hailemariam Desalegn and Sudan’s President Omar al-Bashir (he of International Criminal Court arrest warrant fame), Bashir gave his seal of approval to the project.

“We support the Renaissance Dam because we believe it will benefit all countries of the region, including Egypt,” said Bashir in an unequivocal endorsement. In truth, Sudan has been heading in this direction for the last six months, ever since construction began and it became obvious that cooperation made more sense than conflict; but this is the first time the country has publicly confirmed its position.

Ethiopia, for its part, dangled a few carrots to ensure this outcome. It’s no coincidence that the meeting between the Ethiopian and Sudanese leaders took place in the Sudanese town of Gadarif, near the Sudan-Ethiopia border. Gadarif is the end point of a just-completed $35 million power line, linking it to Ethiopia’s Amhara state. The line is 321 kilometres long and has a capacity of 300MW, although for now Sudan’s getting 100MW (this, presumably, will increase once the Grand Renaissance starts generating power). According to comments attributed to Bashir in the Sudan Tribune, this electricity is free.

The new power line is an obvious quid pro quo for Sudan’s cooperation. It’s also a positive step in ensuring that tensions around the project don’t get out of hand. Without Sudan, Egypt – whose irrigation minister announced recently that it won’t allow a reduction of even “one drop of water” from its regular Nile allocation – is all on its own. Most significantly, without Sudan’s cooperation (and use of Sudan’s airfields) any potential military action by Egypt becomes a lot more difficult, if not impossible.

“Distance is a major obstacle for the Egyptian military option. Ethiopia is simply too far from Egypt, and since Egypt has not invested in any sort of aerial refuelling capability, it is beyond the combat radius of all Egyptian aircraft staging from Egyptian airfields,” concluded Stratfor in an analysis of Egypt’s military options.

This leaves Egypt with just one choice: to co-operate. Managed sensibly, there is plenty of water to go around, and, if it means Egypt is on board with the project, Ethiopia is likely to make concessions to ensure that Egypt’s irrigation needs are met. Egypt will have to learn to use water more efficiently – but in a dry country, this surely is no bad thing.

For once, Sudan’s Omar al-Bashir just might have done the right thing. DM