Parliament must evolve after failures during years of S... 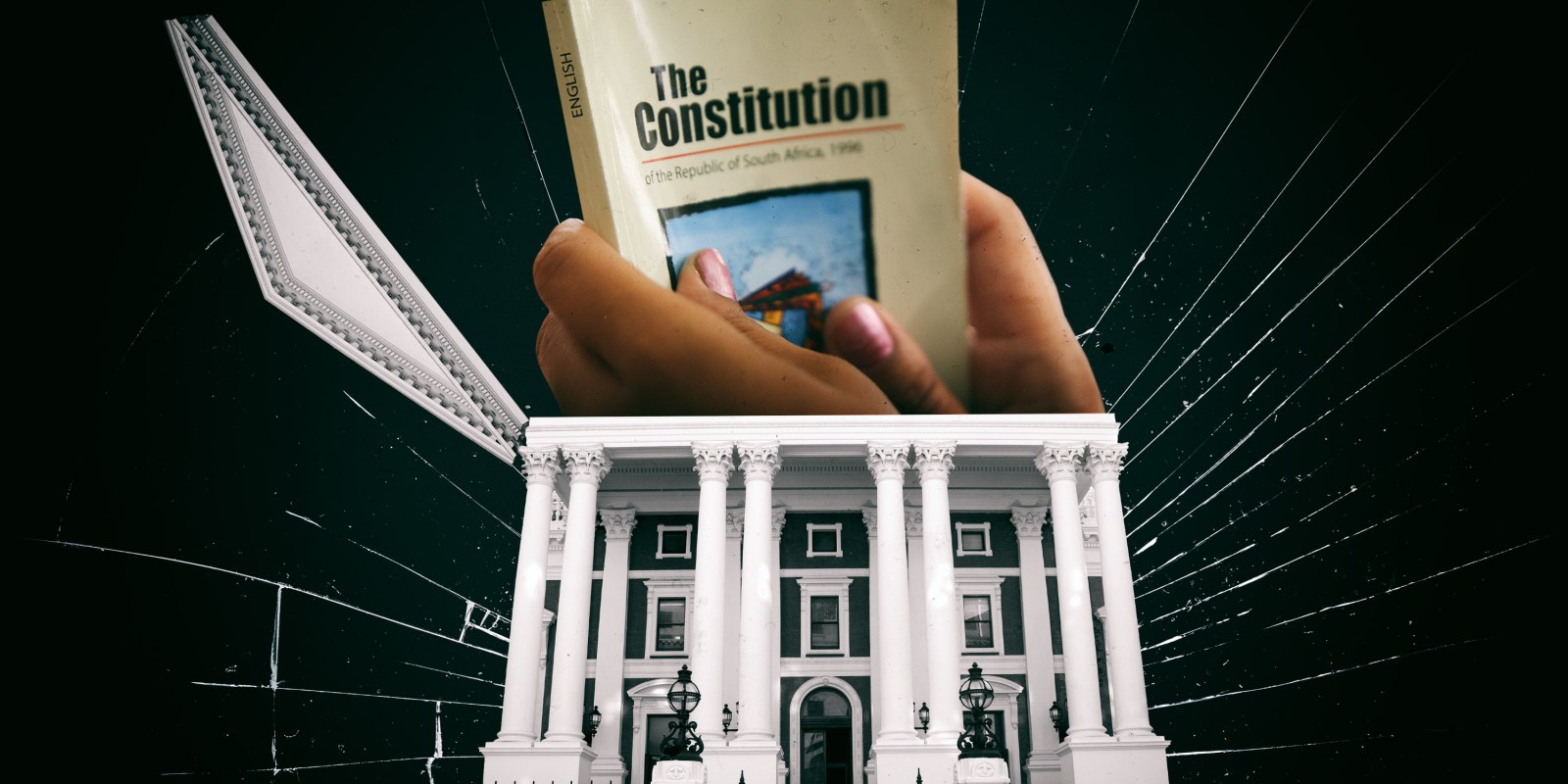 Illustrative image | Sources: The Houses of Parliament in Cape Town. | A copy of the South African Constitution. (Photos: Leila Dougan)

The findings of the Zondo Commission into State Capture are damning against parliament, with an urgent need for a shakeup to regain accountability and credibility. The Parliamentary Monitoring Group conducted a review of the commission confirming the failures of an institution that should keep power in check in the interests of the people.

The Zondo Commission found that Parliament “failed to use the oversight and accountability measures at its disposal” and that urgent reforms are needed.

While the Commission’s findings and recommendations on parliamentary oversight are welcome and significant, for the most part, they do not contain anything new and confirm countless reports prepared by internal parliamentary structures, external specialists, and observers over the years.

The overall evidence throughout all the Commission’s reports paints a negative picture of the national legislature and illustrates what happens when there is poor oversight. Parliament was absent and ineffective. This dereliction led to State Capture, allowed the executive to act without constraint, and also failed citizens.

When done correctly, oversight empowers Parliament to operate as an effective check and balance against executive power, promotes transparency, improves policy, ensures budgets are used appropriately, and promotes public confidence in the legislature.

On the face of it, Parliament seems to be a well-oiled machine: meetings and sittings are held, legislation is processed, the budget is approved, debates and oversight visits are conducted. Generally, Parliament can be a busy place during session.

While Parliament has formal powers, systems, and processes to hold the executive to account, putting these into practice is rarely straightforward.

There are numerous factors that can impede effective oversight. They range from government resistance to oversight, lack of consequences, lack of follow-through, ineffective leadership, inadequate time, MP skill deficit, dated practices and of course, systemic challenges such as party politics (and our electoral system).

Litmus test for Parliament — quality oversight, or an accommodation to avoid ANC embarrassment

Bigger structural issues concerning institutional political climate are more important than the tools and mechanisms of oversight. Tinkering with the rules of Parliament and the system of accountability from a technical sense, even improving the budget to resource Parliament better, will be a waste if the big structural issues are not tackled. Institutional weaknesses are not insurmountable and faced by legislatures worldwide. Political will is primary for effective oversight — this will allow for effective use of budgets, mechanisms, rules, resources, and support.

MPs must be reminded that their obligation as public representatives is more than just attending meetings, reading documents and voting in the House. The pursuit of oversight ought to be tireless. There must be fervour and vigour driving their actions. This must be the grounding to ask the tough questions, prepare and follow through on the critical issues. Acting alone, MPs can have an impact and make an important contribution to building an effective system of parliamentary oversight. Oversight begins with specific steps MPs take, such as receiving and using information received from whistleblowers, bringing forward a petition, carrying out independent oversight visits, posing specific questions to a minister or department, or calling for further engagements, an inquiry, or action.

While we wait to hear Parliament’s formal response to the Zondo Commission, it is an ideal time to re–imagine parliamentary committees and their practices. As Zondo correctly asserts, these are the primary forum for robust oversight. Committees naturally lend themselves to this — they can decide on their own programmes and are empowered to call anyone to appear before them. As part of the reform process, each committee ought to engage with the Zondo Commission’s Report and how it applies to them. In addition, the legislature should incrementally implement the recommendations of existing reports and engage with outside stakeholders.

In its response to the Zondo Commission, Parliament must prove that it is not reactive, still relevant, and an independent arm of the state.

Institutions go through events and watershed moments that fundamentally shift how things were done before – this is Parliament’s time for such evolution. DM

Read our report on this topic: Where was Parliament?: A PMG review of parliamentary oversight in light of State Capture and the Zondo Report

You can also read it here:

To follow what is happening in Parliament, check www.pmg.org.za

Monique Doyle is the Senior Researcher and Monitor and Projects Manager at the Parliamentary Monitoring Group (PMG). PMG monitors parliamentary committees to enable all sectors of society to follow parliamentary proceedings, intervene in the policy and law-making process and monitor committee oversight of government entities.