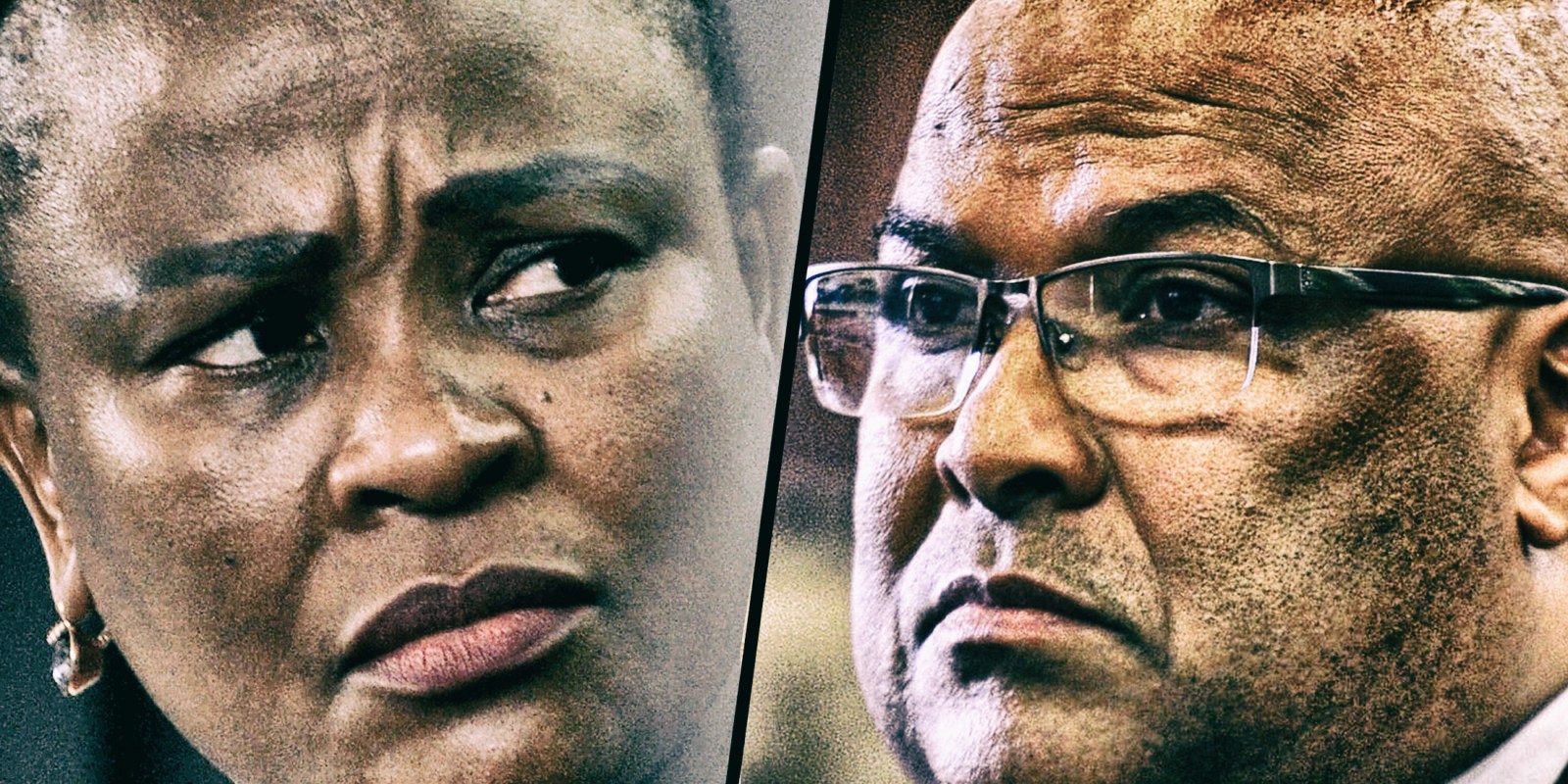 Proceedings at the Section 194 parliamentary impeachment inquiry focussed on a letter from Busisiwe Mkhwebane to Arthur Fraser — former Director General of the SSA and the man who lodged a criminal charge against President Cyril Ramaphosa with regard to the alleged coverup of the theft of millions of US dollars from the president’s private game reserve, Phala Phala.

On Thursday, former head of security at the Public Protector, Baldwin Neshunzhi was giving evidence at the parliamentary inquiry into Busisiwe Mkhwebane’s fitness to hold office when a letter, written by the Public Protector in 2018 to Fraser, was presented to the committee by evidence leaders.

The committee heard that Mkhwebane had suspected Neshunzhi, incorrectly so, of leaking information and had wanted him “retrained” by her former boss at the State Security Agency, Arthur Fraser. Mkhwebane was previously employed by the SSA.

The leakages pertained to her later discredited CIEX report. In this instance, Mkhwebane was found by the courts to have lied about copying and pasting a paragraph into her report, written by the SSA, that the constitution should be amended with regard to the Reserve Bank.

Neshunzhi testified that the SSA had been in the process of developing an information analysis system for the Public Protector SA. The agent who led the IT process or project was Mahendra Moodley.

In the end, said Neshunzhi, the PPSA only had R6-million to spend on CMS per year, that the SSA bill had been “too expensive” and that other options used by the Global Ombudsman had been considered.

It is pertinent to note that the 2018 High Level Panel Review into the SSA found that Fraser, along with former Ministers of State Security David Mahlobo and Bongani Bongo attempted to drive a dystopian “vision 2035” for the agency. This with Zuma’s blessing.

One of the goals of this new agency was to house and have access to all government department databases.

Neshunzhi’s testimony dovetails with the findings of the HLPR report into the SSA’s attempt to undermine and repurpose the agency by 2035.

Neshunzhi testified that a “sizeable” delegation from the SSA had been roped into the project. Fraser, or “King Arthur” as Mpofu previously referred to the former spy boss, was part of this delegation.

He had attempted to expedite the certificate for Mahlangu who at that stage, the committee heard this week, sat in on meetings without the requisite clearance.

July 2019 Neshunzhi was reinstated after being suspended but was then moved to Customer Services.

Advocate Hangawi Matlhape stood in for Mpofu on Thursday cross-examining Neshunzhi, stating that it was former PP, Thuli Madonsela, and not Mkhwebane who had introduced security vetting at the organisation.

He replied that when he joined in 2017 there a “security management unit” existed but its head had resigned and as a result, the selection process had been lengthy.

“There was security policing that was signed and approved by her (Madonsela). And in essence in terms of national legislation,” said Neshunzhi.

Mkhwebane was suspended from office on 9 June. The parliamentary impeachment hearings got underway on July 11.