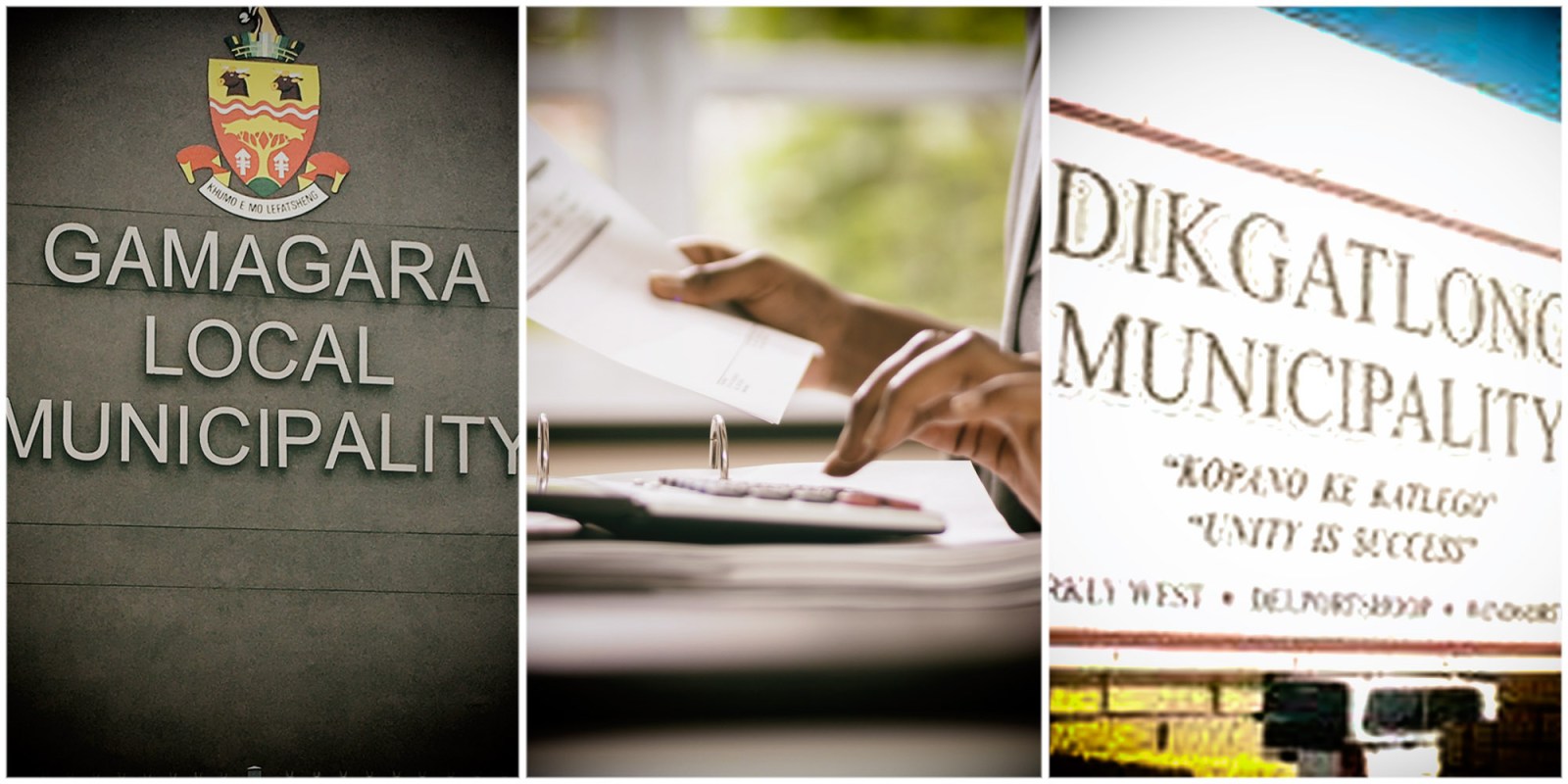 The Auditor-General’s latest audit outcomes indicate that the Northern Cape had the most municipalities in dire financial health, with 11 out of 31 reporting ‘significant doubt’ about whether they could continue operating.

The AG made this finding in the 2020-2021 consolidated general report on the local government audit outcomes.

Overall, audit outcomes improved over the five-year term of the previous administration, mainly due to district municipalities improving their outcomes by addressing compliance findings, according to the AG.

“However, we find it concerning that the outcomes of most local municipalities remained unfavourable and that the number of disclaimed municipalities did not decrease — pointing to leadership not adequately responding to our audit findings.

“The service delivery challenges that citizens face continued or became even worse during the five-year period,” the AG said in her report.

Since the release of the report in June, Daily Maverick has published several stories on the outcomes:

“The late submissions were mostly due to the poor state of accounting records caused by weaknesses in internal control. The quality of financial statements submitted for auditing also remained poor — only 17% of municipalities submitting good-quality financial statements, while a further 17% received unqualified audit opinions only because they corrected all misstatements we identified,” read the AG’s report.

According to the AG report, “the financial position of 28% of South Africa’s municipalities is so dire that there is significant doubt whether they will be able to continue operating as a going concern in the near future.”

Read in Daily Maverick: “Our municipalities are in a state of disaster; we have one last chance to fix them”

The worst affected provinces in terms of financial health of municipalities are the Free State, North West, Gauteng, Northern Cape and Mpumalanga. In the report, the Auditor-General identified 11 municipalities in the Northern Cape with “going concern problems” — the most contained in a single province.

“Municipalities’ financial health remained dire, with 11 (Northern Cape) municipalities reporting significant doubt about whether they would be able to continue to operate, further limiting their ability to provide much-needed services to citizens.”

Many of these municipalities have been in this dire financial position multiple times over the term of the previous administration, according to the AG report.

“Poor debt collection (69% of debt was provided for as irrecoverable) and the practice of spending part of the following year’s budget in the current year (with 70% of municipalities spending more than half of their following year’s budgets in this way) resulted in municipalities being unable to pay their service providers… This is reflected in the large arrears owing to Eskom (R1.5-billion) and water boards (R316-million),” according to the Auditor-General.

This means these municipalities do not have enough revenue to cover their expenditure, and owe more money than they currently have.

For example, GroundUp previously reported that National Treasury was likely to bail out Renosterberg Local Municipality over unpaid municipal workers, after a court granted Eskom access in December to recoup debt totalling R105-million.

“Most municipalities focused more on managing their cash flow to pay salaries at the end of the month than on maintaining their infrastructure and service delivery assets. This is evident from the municipal salary bill, which amounted to R2.5-billion, representing 46% of total revenue (excluding conditional grants),” according to the report.

This means a limited portion of the municipal budget was available for other priorities, resulting in “gross deterioration of infrastructure… roads, water networks and sewerage plants, as well as municipalities neglecting their responsibility to deliver basic services to their communities”.

The Auditor-General further identified “uncompetitive and unfair procurement processes at 87% of the municipalities”, which “largely contributed to the increase in irregular expenditure of the municipalities of which the audits had been completed to date, which increased to R1.1-billion from R806-million in the previous year”.

The AG called on municipal leadership to act by strengthening the basic control environment and accountability.

“Audit outcomes will only improve if the relevant roleplayers implement basic controls, nurture a culture of doing things right the first time, and curb wastage,” she concluded. DM