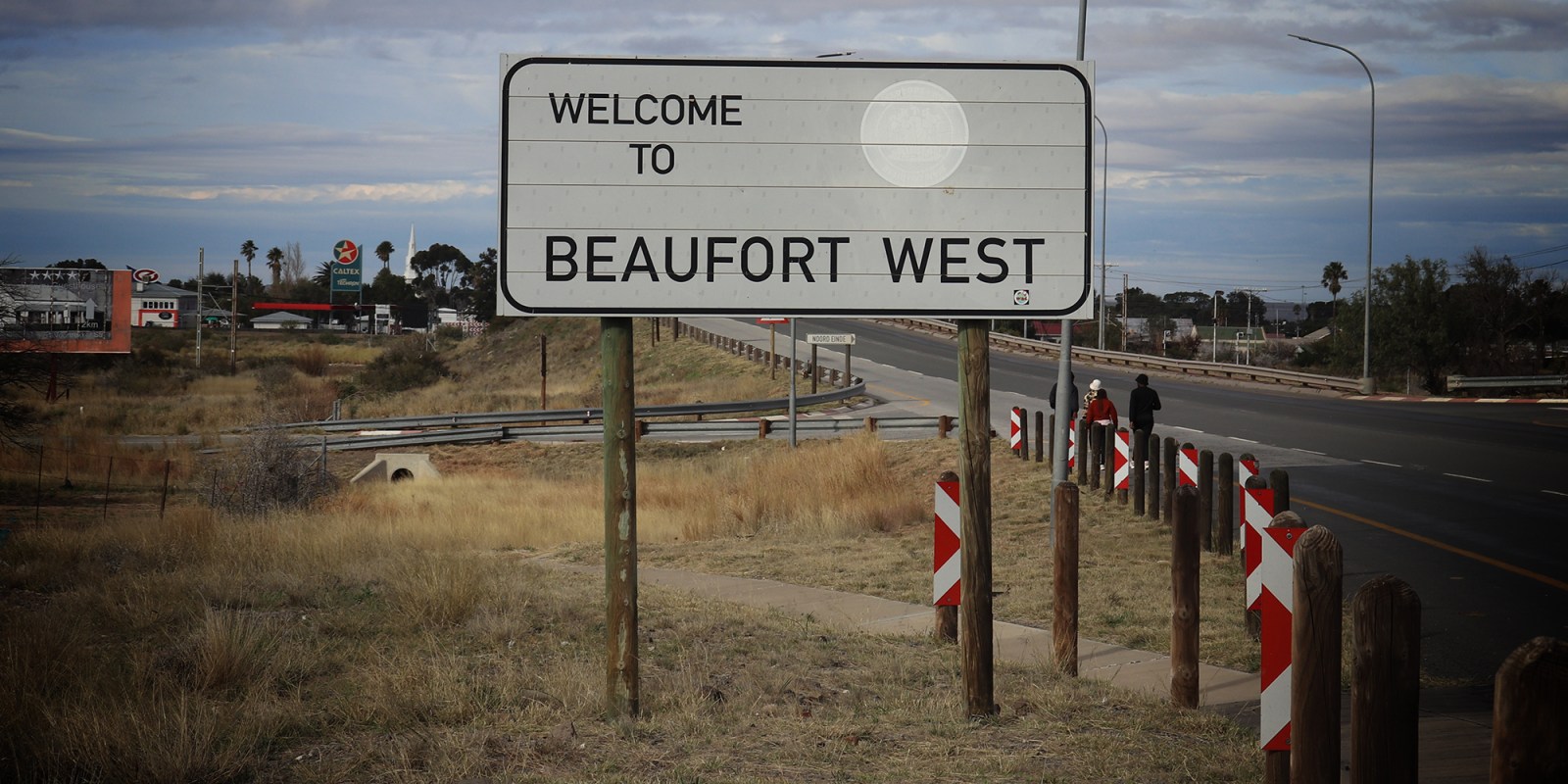 The Beaufort West Municipality is struggling financially. The municipality has signed a recovery plan with the provincial government to get its financials back on track. (Photo: Suné Payne / Daily Maverick)

While there’s been an influx of businesses into Beaufort West, the municipality is struggling — it is locked in a financial recovery plan after failing to pay its creditors, including an R80.2m bill to Eskom.

Over the past weeks, several new businesses, including a bakery and a clothing factory, have opened  in Beaufort West. While the injection of new business is key to solving the small town’s unemployment crisis, the municipality is under a financial recovery plan due to years of weak financial management and poor governance.

Daily Maverick has been in Beaufort West reporting on service delivery issues and its district mayor Gayton McKenzie’s first 100 days in office.

During a tour of new businesses in the town, Daily Maverick visited Tasty Bakery, opened by Gerhard and Olivia Hutton.

“My husband invested, he’s a businessman, so we decided to open a bakery,” said Olivia. The bakery has 10 employees who are still in training and will be permanently employed, they are all from Beaufort West.

The couple is originally from Johannesburg and moved to Beaufort West during McKenzie’s drive to increase business in the area — one of his key promises as mayor was to bring investment to the Central Karoo.

At his 100 days celebration, McKenzie made a clarion call: “Come to the Central Karoo, we are open for business.”

According to the Western Cape government’s 2021 Socio-Economic Profile, Beaufort West had an unemployment rate of 22.4% during its reporting period of 2020.

Karoo Clothing is another new business in the area. Company director Shaloma Constance moved to Beaufort West from Gqeberha with her family to open the clothing production business.

“We saw an opportunity where we can uplift the community, so that was the main important thing for us … [to] employ people and to put food on the table,” said Constance.

One of the residents who has benefitted from the influx of businesses is Nikita Hass (31). She used to be unemployed but now works at the bakery owned by the Huttons.

“Here was unemployment, but since the PA [Patriotic Alliance, of which McKenzie is the party president] worked here, there’s a massive difference from what it was like five years ago,” she told Daily Maverick.

“We don’t suffer any more — everyone has a job.”

McKenzie has claimed that since he became mayor in April, 350 jobs have been created with his investment drive.

But while new businesses have come to the town, the municipality is in a financial crisis.

In March, the provincial government announced a financial recovery plan  to address the financial crisis.

“As at 30 June 2022, Beaufort West reports total overdue creditors amounting to R120.12-million. Of this amount, R80.61-million is owed to Eskom. The inability to pay creditors was one of the principal reasons for the intervention. There is still a long way to go for the municipality to address this problem,” she said.

The financial recovery plan (FRP) developed by National Treasury’s Municipal Financial Recovery Service is one of the interventions to keep this sinking ship floating. The FRP was presented to the municipal council and implementation began on 23 March. The FRP was approved on 27 March by then provincial Finance and Economic Opportunities MEC David Maynier.

The FRP report indicated it is anticipated that the municipality will progressively move to a fully cash-backed funding position over a period of three years.

The FRP is still in the stabilisation phase, Wenger said, adding the municipality had submitted three implementation plan reports (in April, May and June).

“To save and rebuild the economy of Beaufort West we need strong leadership and political stability that will change the negative perception of the region. That is the only way we will attract investors to our region,” he said. DM

This is part of a series of stories focusing on the Beaufort West municipal area.