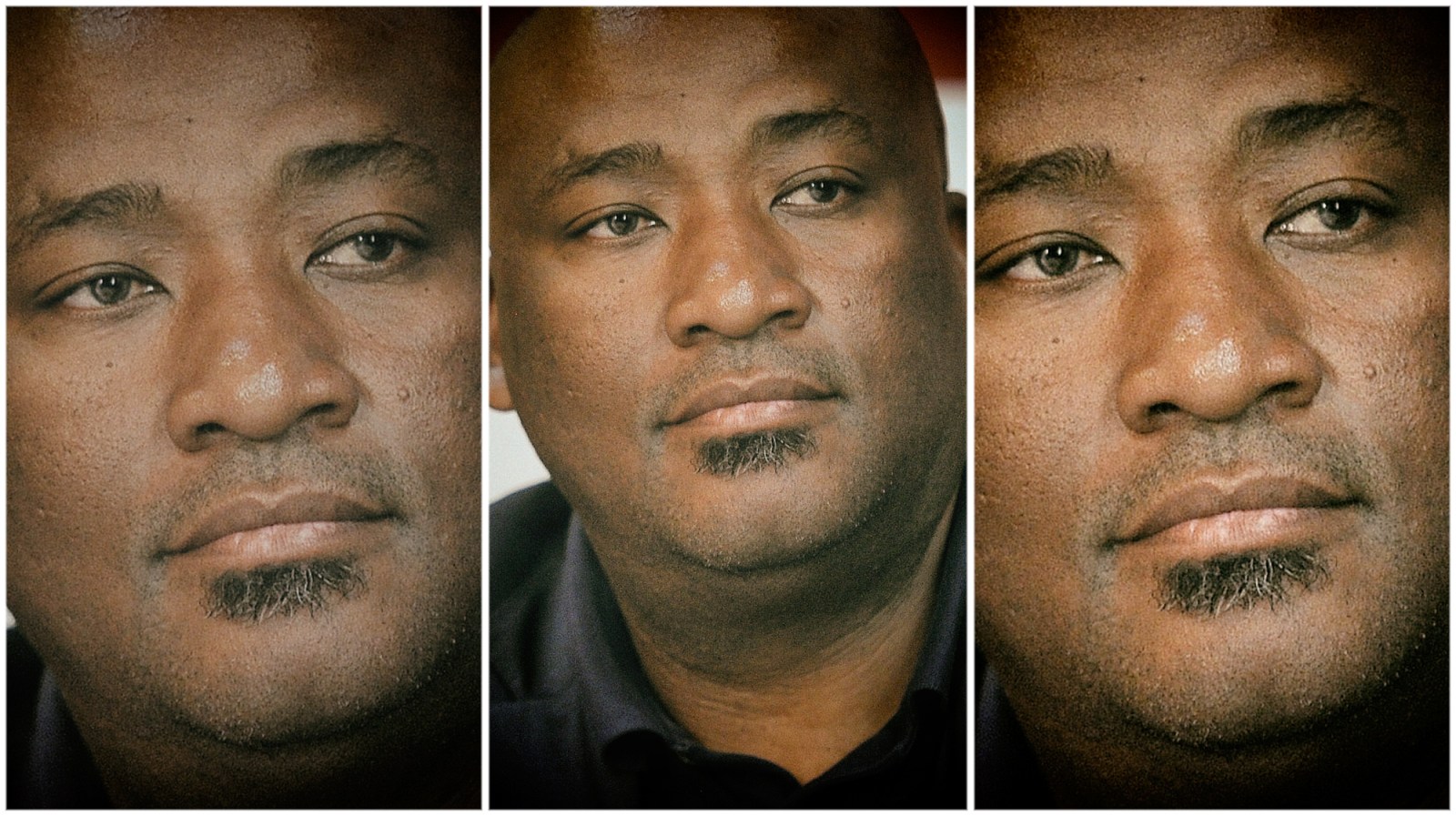 No mayoral salary, official vehicle or bodyguards, said Patriotic Alliance leader Gayton McKenzie during his debut speech on Monday as mayor of the Central Karoo District Municipality (Laingsburg, Beaufort West and Prince Albert). And no illegal immigrants, either.

Gayton McKenzie, the new mayor of the Central Karoo District Municipality and president of the Patriotic Alliance (PA), made his inaugural speech during a council session in Beaufort West on Monday, 11 April.

The controversial politician — he is a former gangster and has done time in prison — made promises to fix the district’s swimming pools and reconnect the power. However, he had a harsh warning for foreign nationals.

“The Central Karoo will be an illegal immigrant-free zone.”

The Central Karoo District Municipality encompasses close to 20,000 households, with 97% having access to formal housing, according to the 2021 Socio-Economic Profile, a document produced by the provincial treasury.

Daily Maverick has also reported that two of the district’s municipalities — Beaufort West and Laingsburg — were highlighted in the Auditor-General’s 2019/2020 report as “needing extra effort and intervention” due to problems with electricity payments to Eskom, bankruptcy and poor record-keeping, among other problems.

Before McKenzie became mayor, the district’s top structure was women-led. The district’s mayor was Johanna Botha (ANC), Thersia Prince (PA) was deputy speaker and Lizel Paulse (ANC) was council speaker. Botha was removed to make way for McKenzie, whose chequered past led to his becoming president of a party that secured 81 council seats nationally in the 2021 municipal elections.

In Central Karoo, the PA is in a coalition with the ANC and the Karoo Democratic Force, whose president, Noel Constable, nominated McKenzie as mayor, which he won uncontested.

When McKenzie took receipt of the mayoral chain, party member and strongman of Karoo politics, Truman Prince, placed it around his chest to resounding applause from the party faithful clad in the PA’s trademark green shirts. Opposition councillors sat quietly during the session.

McKenzie thanked God, the party, his family and opposition councillors. He said he would be a mayor for the entire district and not just for party supporters. He apologised to the town, saying “we politicians have not treated you in the way you needed to be treated”.

He said that all district municipal managers, chief financial officers and mayors would meet weekly to ensure the district moved in one direction.

He promised to kickstart a programme to clean up graveyards and that in his first 100 days he would try to eradicate the bucket toilet system in the district.

McKenzie said the district would reconnect residents to the electricity grid, but not businesses or farms, who he said were responsible for municipalities in the district becoming indebted to Eskom.

Touching on what he called “controversial” topics, McKenzie said “the Central Karoo will be an illegal immigrant-free zone”.

He said in a particular street in Beaufort West there were Bangladeshi people who bought houses from residents “because our mothers are desperate” from living in poverty.

McKenzie described illegal immigrants as a “stain”. He also told young women who had children with foreigners that “grandmothers in Somalia” would like to see their grandchildren. McKenzie said he would be checking if places owned by foreign nationals were correctly zoned for business use.

“We’re going to be unapologetic,” said McKenzie, warning that “citizen’s arrests” would be made.

The country is undergoing a resurgence of xenophobic and Afrophobic attacks, the latest of which resulted in the death of Elvis Nyathi, a Zimbabwean national, a week ago.

Read in Daily Maverick: Police on high alert after murders and mob killing of a Zimbabwean national in Diepsloot

During his speech, McKenzie said an unidentified member of Operation Dudula — the vigilante group targeting foreigners in Johannesburg — had joined him during the council sitting.

“We’re going to teach the national government how to deal with illegal immigrants,” said McKenzie. DM