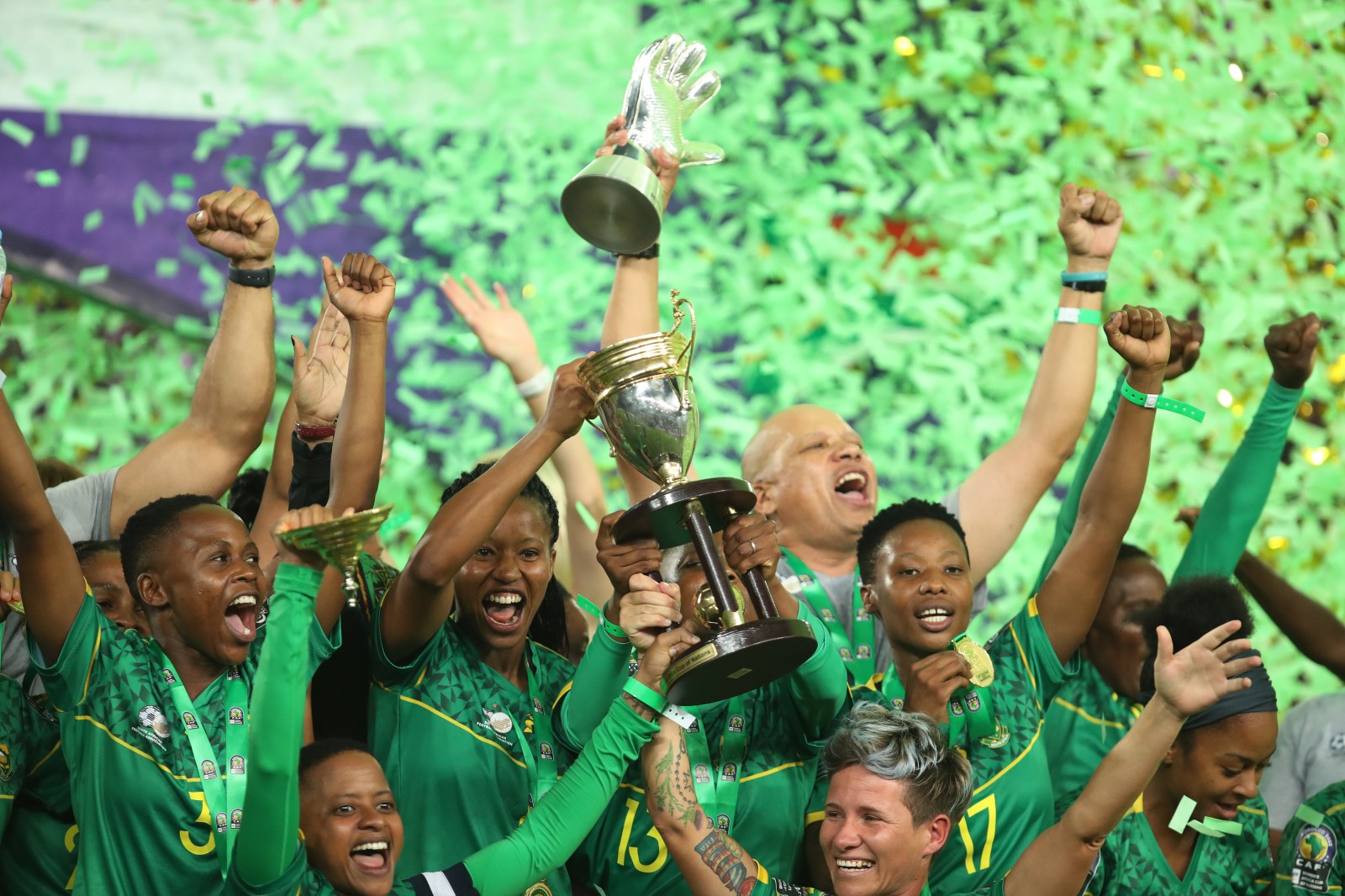 After finishing as bridesmaids on five previous occasions at the Women’s Africa Cup of Nations (Wafcon), Banyana Banyana finally exorcised the ghosts of Wafcons past, nabbing the most prized possession in African football after seeing off hosts Morocco 2-1 in the final of a biennial spectacle on Saturday 23 July.

A brilliant brace by former Tshwane University of Technology forward Hildah Magaia – with Jermaine Seoposenwe involved in the build-up of both goals – saw South Africa wipe away the tears of previous disappointments at the continental showpiece.

Morocco attempted to fight back and pulled a goal back through Rosella Ayane in the 80th minute.

However, even with tens of thousands of Moroccans cheering their nation on at the Moulay Abdellah stadium in Rabat, South Africa’s hunger and drive to end their Wafcon drought saw them keep their calm and carry on to victory.

The win saw the South Africans become the second country, alongside Nigeria, to have their men’s and women’s teams crowned continental champions. The South African men famously won their only African title back in 1996.

A spark of hope

Banyana Banyana co-captain Refiloe Jane, also midfield pivot for Italian giants AC Milan, said after the game that it would take the team a long time to fully absorb the magnitude of their achievement.

“Honestly, it has not yet dawned on us that we are African champions. This feels like a dream to us. I know eventually when we sit down, we shall realise that it is actually true. When we look back at the journey, it is going to be a tough one,” Jane stated after the enormous triumph.

Banyana Banyana are known for their flair and flamboyance on the ball. The style of play forged by Desiree Ellis during her six years as coach sees the team build from the back, weaving silky, mesmerising passes that entrap their opponents like a spiderweb, then piercing their defence with its sharp fangs.

In 2022, after narrowly missing out on the title to record African champions Nigeria in 2018, the South Africans displayed another side to their game. One that mostly involved grit, determination and winning ugly if need be.

Their ingrained flair still shone through on occasion, even after losing star striker Thembi Kgatlana to injury and having to deal with Covid-19 rearing its ugly head within the camp.

Italy-based Jane said she hopes that their show of strength and never-say-die attitude will prove to be a light of hope for millions of South Africans who have battled with rolling blackouts and the ever-increasing cost of living while Banyana Banyana fought like soldiers to land their maiden continental crown.

“When I lifted the trophy, there was so much going through my mind. This is big for South Africa, for women’s football,” said Jane after the match.

“I cannot wait to get back home. They have been supporting us since day one. Today, we saw a united South Africa. It is something that we had hoped for. We wanted to bring hope and bring back smiles to South Africans. We are grateful for the support that they have shown to us.”

Rock between the sticks

On the rare occasion that the team’s defensive wall – which featured Dlamini’s clubmates Bambanani Mbane and Karabo Dhlamini – was breached, the experienced goalminder was alert to the danger.

Sticks, as Dlamini is affectionately known, kept three clean sheets in the six games that Banyana played and won en route to their historic victory. Her efforts were rewarded when she walked away with the goalkeeper of the tournament award.

“In 2018, I was watching from the bench and I told myself that I want to play next time. As a team, we have worked hard to achieve this and this means so much,” Dlamini said while sinking her teeth into her gold medal.

Prior to the team’s departure for their adventure in Morocco, the South African Football Association (Safa) promised the 23-member squad a total bonus payout in excess of nine million rand should they win the continental title.

“We are going to pay R9,2 million in bonuses for this team on the basis that they win the Awcon,” said Safa president Danny Jordaan then. “This is our commitment and confidence in Banyana Banyana.”

Now that this group of players has rewritten history by becoming the first ever South African Wafcon winners, they are each set to receive R400,000 from the national association.

Beyond the deserved financial reward, the team’s win is far reaching. It is a win for the general South African population and for little girls who dream of one day playing in a fully professional South African women’s football league. It is for the previous Banyana generations who laid the foundation for this historic success. DM