It’s hard to think, harder to think about thinking, h... 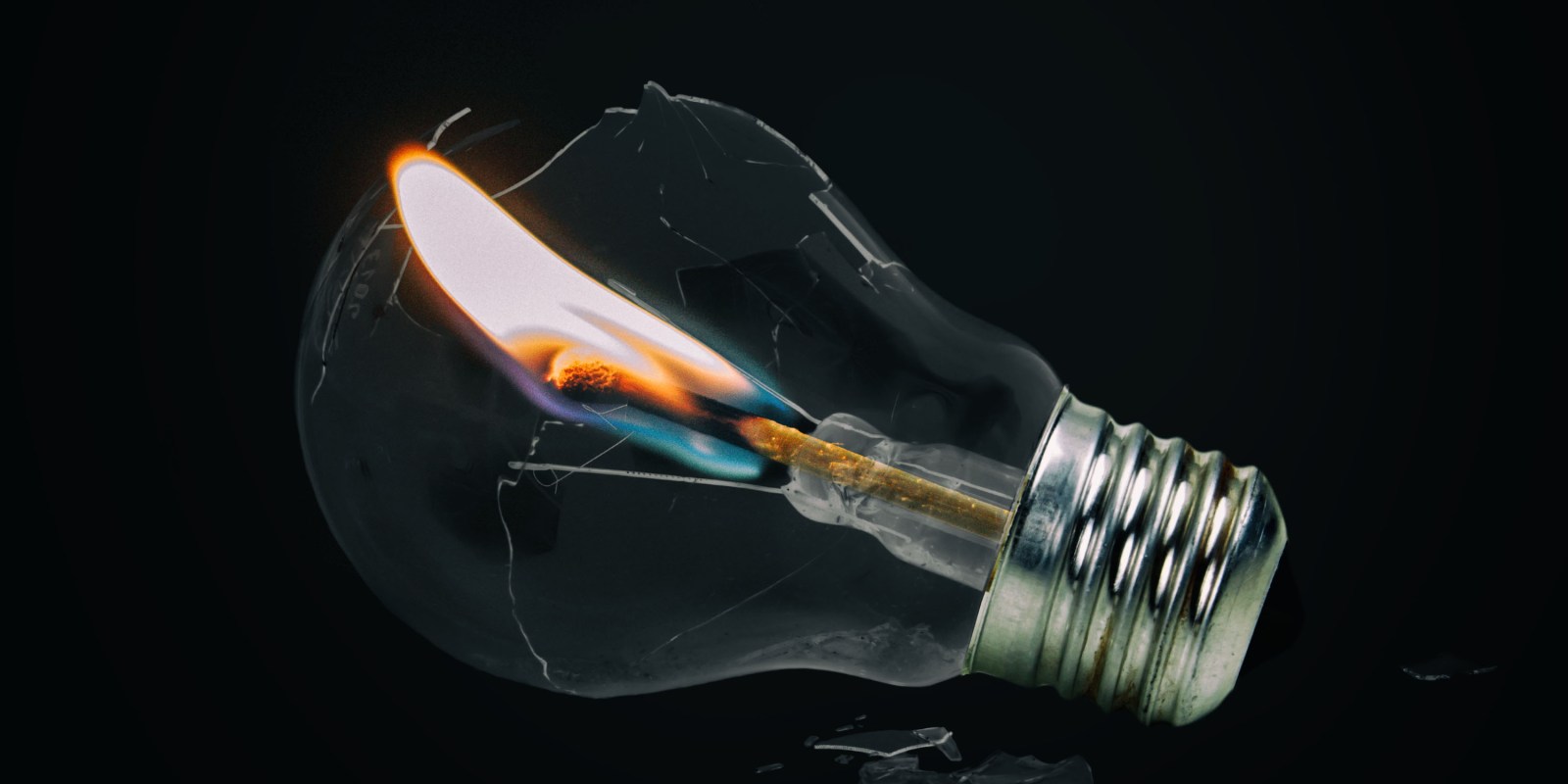 I’ve been thinking a lot about Eskom — haven’t we all? But it strikes me that the essential problem may be different from what we think it is.

We think — and I’m extrapolating here from my thinking to your thinking — that the root cause of SA’s Eskom problem is that the baseload-build programme was riddled with corruption, maladministration, poor planning, bad execution, poor construction, repeated strikes and corporate greed, to name but a few of our concerns.

The evidence would seem to support that assumption. Just take the Medupi Power Station, for example. The first concrete on the power station was poured in 2008. At the time, the project cost for only three units producing 2,400MW was estimated at R32-billion.

In 2007, the design was changed and the output almost doubled to 4,764MW. At that point, the cost estimate was R69-billion, which soon increased to R80-billion. The power station was finally commissioned in August last year, ie, 13 years after the start, and the total cost was independently estimated at R230-billion, or four times the original budget, with labour action on the site basically every year. Due to these cost escalations, the African Development Bank has said the power plant is unlikely to produce a positive financial return over the course of its lifetime.

Read in Daily Maverick: “It’s Ramaphosa’s moment to act decisively on the power crisis — and he’d better not fail (again)”

Part of the problem with the cost escalation and the time delay was that many of the other Eskom power stations had started to fail, and the Medupi and Kusile cost overruns meant that the organisation had to skimp on the maintenance of its other stations and its transmission infrastructure.

The net result was that even after Medupi and Kusile were built, Eskom was not generating any more electricity than it had at the start of the process. Eskom is now technically bankrupt. The price of electricity went from about 50c per kWh to the current level, which is about R1.20/kWh. And we have had more rolling blackouts in the first half of this year than we had during the entire last year, which was then the most we had ever had.

I mean, you have to laugh. You have to laugh that kind of laugh you laugh when there is no other option but to laugh. These numbers are stupifying. Just stupifying. S&P Global Ratings put out its Eskom debt assessment on Wednesday, and it maintains its rating of Eskom as “CCC+ with a negative outlook”. I just love the “negative outlook” addition. Did they really think we need to be reminded?

And I don’t mean the corruption aspect. There is that, of course. The ANC’s Chancellor House funding business was cut into the contract from the start (the original sin, if you will). Then there was the decision to fund the then president’s mates by handing over coal mines. Oddly, the corruption aspect is conceptually the easy part to understand.

The harder part is this: where did the thinking about the problem go wrong?

For that, you need a psychologist, and it just so happens that one is at hand. Earlier this year, one of my favourite psychologists, Steven Pinker, brought out a series of podcasts about how to think, called Think with Pinker, in association with the BBC.

The series has one programme on government, because, as US founding father James Madison said: “What is government but the greatest of reflections on human nature?” Our concept of human nature has been transformed over the past 50 years, says Pinker, by startling findings about the shortcuts humans use to reason, and the fallacies and biases to which they are vulnerable.

For example, people are overconfident about their expertise; they seek evidence that confirms their beliefs and they blow off evidence that casts doubt on those beliefs; they estimate likelihood by recalling images and anecdotes rather than checking the data; they categorise by stereotypes, ignoring base rates; they anchor their judgements on the last number they saw and adjust from there; they put hazards into mental boxes and would rather have one less thing to worry about than reduce their overall risk; and they fear losses more than they appreciate gains.

If you think about it, so many of those failures of thinking lie behind the catastrophe that is Eskom. The designers and builders of the new power stations were overconfident about their expertise. I remember how difficult it was over the years, as a journalist, to get very, very basic information about how the construction was going and how much it was costing. Critics were stereotyped all the time, culminating in the former Eskom CEO Brian Molefe calling for the closure of energy expert Chris Yelland’s publishing house in 2016 because … you know, the usual.

But the biggest conceptual problem was the failure to foresee a gradually expanding disaster that was unfolding right in front of them. Risks were “boxed” and thereby ignored. So were the creeping, but increasing, failures. And they could be ignored because there was always a back-stop: the government. And the government’s sponsor. That would be us.

Here is the strange thing about bias: merely knowing that certain biases exist does little to reduce them. Psychologist and Nobel Prize winner Daniel Kahneman, interviewed by Pinker on the podcast, says the only real way to avoid these biases is not by just deciding one morning to be wiser, but to engineer a set of procedures that avoid bias.

If you think about it, this is exactly what humans have been trying to do since ancient times. When the ancient Greeks proposed democracy, it was essentially an attempt to eradicate bias through the construction of a reflective, analytical, broad and embracing conceptual process. Those processes exist in corporations to this day, and they are called boards. And if we didn’t already know, we could have guessed: Eskom’s board was corrupt, underskilled, defunct and manipulated.

And, as it happens, thoughtless. DM

*To receive Tim Cohen’s After the Bell newsletter with news you need to know by close of business, sign up here.