It’s Ramaphosa’s moment to act decisively on the po... 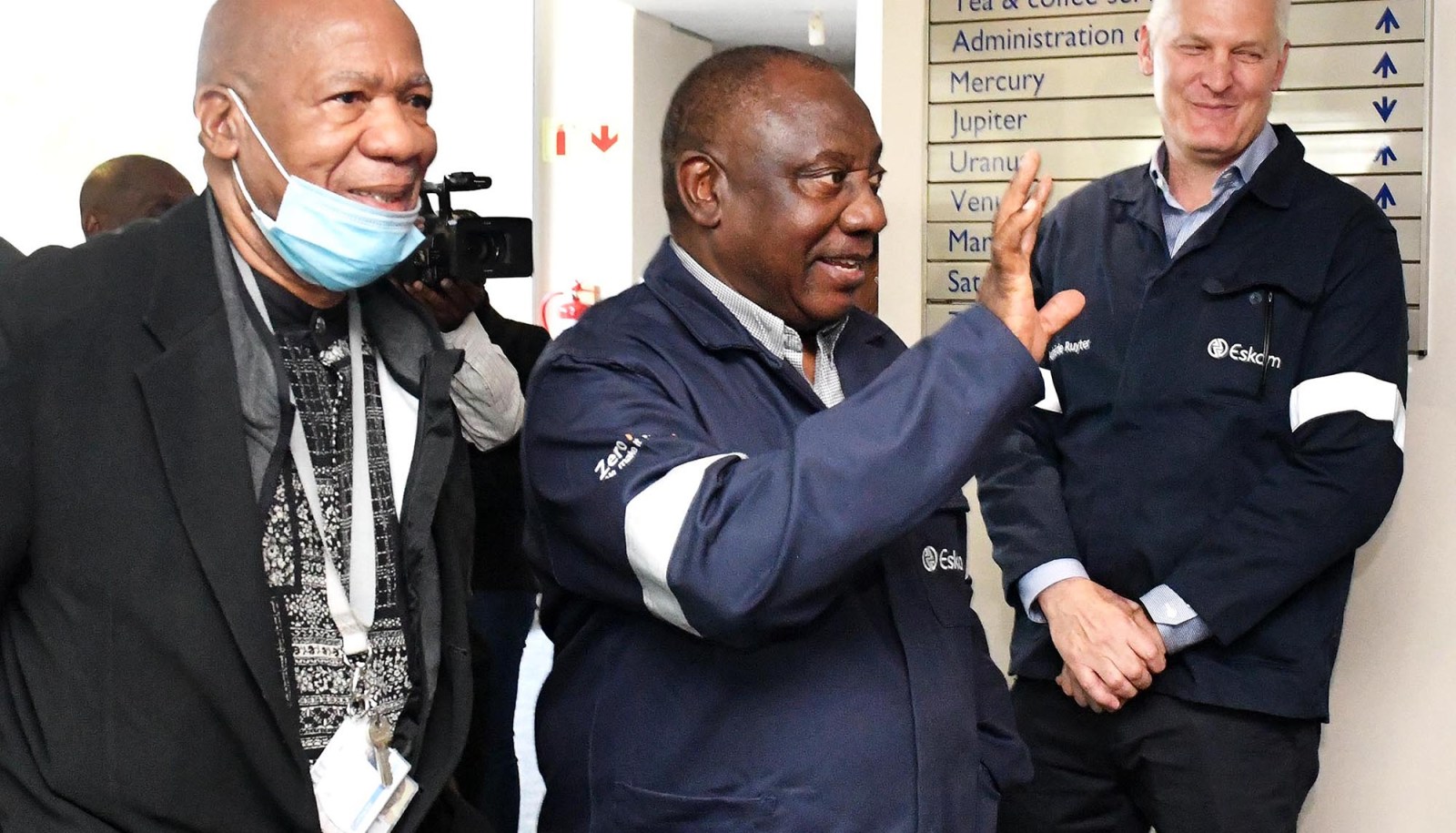 While President Cyril Ramaphosa has made a promise to announce measures to address rolling blackouts and to find proper solutions to the crisis, this is yet to happen. This as-yet unfulfilled promise may now be undermining confidence in his government as the problem is becoming more serious — and because of unfulfilled promises made in the past.

Since President Cyril Ramaphosa first said he intended to make big announcements on ending the power crisis, there is unfortunately evidence that there is no finality to any plans that he may propose.

This might suggest that he and his Presidency are, in fact, now paralysed by competing interests within the electricity sector and that the Phala Phala scandal may now be affecting his ability to govern and find solutions to South Africa’s problems.

On Monday last week, Ramaphosa said in his weekly newsletter:

“We will then, in the coming days, be able to announce a comprehensive set of actions to achieve much faster progress in tackling load shedding.”

Then, on Wednesday morning this week, Business Day reported that Ramaphosa did in fact meet business organisations to discuss solutions to the power crisis on Tuesday afternoon. As the newspaper reported, the meeting lasted for four hours, and was described as “honest… and productive”.

It is likely that big business made the case for independent power producers using renewable energy to be allowed more access to the grid.

On Wednesday morning, Ramaphosa again addressed the issue, telling the Black Industrialists and Exporters Conference: “We are currently engaged with consultation with social partners and will soon be able to announce a number of measures.”

But no date for the announcement was given.

This raises the question that if an announcement was to be made “in the coming days” on Monday last week, why did he only meet with organised business eight days later? And isn’t that meeting a confirmation there is no solution that is nearly agreed to?

Does it also not mean that if he has met business, he must also meet organised labour? And won’t unions ask for the opposite of business — for electricity production to be left in the hands of the government?

In other words, just the fact that he met just one sector suggests there is no final solution on the horizon at all.

This may also resonate with his promise of a “social compact within 100 days” to deal with our economic crises. That promise was made during his State of the Nation Address — some 206 days ago.

In the meantime, at least one damaging idea has been put into the public domain, forcing Ramaphosa to give some support to it.

It was Energy Minister Gwede Mantashe who suggested there should be a new state-owned entity (SOE) that would produce electricity to compete with Eskom.

The timing of this proposal could not have been worse.

In the short term, Eskom has shown how difficult it can be to produce electricity as an SOE. Eskom’s top management has said openly that the Public Finance Management Act has made it difficult for it to act quickly. There is no indication that a “second Eskom” would not have the same problem.

And the suggestion is being made when public confidence in both the government and SOEs is at an all-time low. The findings of the Zondo Commission showed how easy it was for people to engage in corruption at parastatals.

That the suggestion comes from the ANC is in itself damaging. The fact it has received so much airplay is, in part, due to the vacuum created by Ramaphosa first making such a promise, and second, in not fulfilling it within a reasonable timeframe.

At the same time, the Phala Phala scandal appears to be gathering momentum, after Deputy Public Protector Kholeka Gcaleka (who in law has the full powers and functions of the Public Protector while Busiswe Mkhwebane is suspended) told Ramaphosa he must now answer questions about the US currency stolen from his farm.

The fact that Ramaphosa has refused to answer questions about this in public, and may now technically be in breach of the Public Protector’s Act, reveals how damaging this could be for him.

As others have said previously, it is a strange thing when the victim of a crime refuses to answer questions about it.

This could raise speculation about whether Ramaphosa is politically paralysed by this scandal, despite his public statements that this will not deter him from his stated agenda.

While previous promises — and his failure to fulfil them — may be damaging for Ramaphosa, it may be even more damaging for the ANC. It follows a pattern of the ruling party pledging to fix our power (and many other) problems, and then being unable to do so.

As Ramaphosa himself reminded us last week: “There is no reason why a country like ours — with the skills, capabilities and resources we have at our disposal — should have to endure a shortage of electricity.”

This indicates that the only reason we have rolling blackouts to start with is because of bad management by the ANC.

His inability to resolve the crisis follows the ANC’s creation of the crisis in the first place, and reminds voters that it was people linked to the ANC who looted Eskom — while claiming to be fixing it.

There can be no question of the complexity of our electricity problems and of the difficulties in the trade-offs that have to be made. Transitioning from coal to renewables is difficult enough in a country as rich as Germany, and far more difficult for South Africa.

There will be fear in certain ANC quarters that some people may simply make too much money through renewables. For example, once you have paid the upfront costs of a solar farm, it should produce power relatively cheaply, while Eskom may now be tied into a long-term contract… In other words, if you have capital, you can invest it in a way that virtually guarantees you a substantial profit over a long period.

All of that said, there can be no doubt about the urgency of this crisis. And, as the ANC itself has said, voters have punished it in the past for rolling blackouts. For political reasons alone, there is a strong incentive to act.

Ramaphosa’s failure to do so will only lead to more questions about his presidency. And continue to weaken confidence in his ability to lead. DM