The Claret Jug comes with the weight of history at St A...

The Claret Jug comes with the weight of history at St Andrews, but some players are LIVing it up 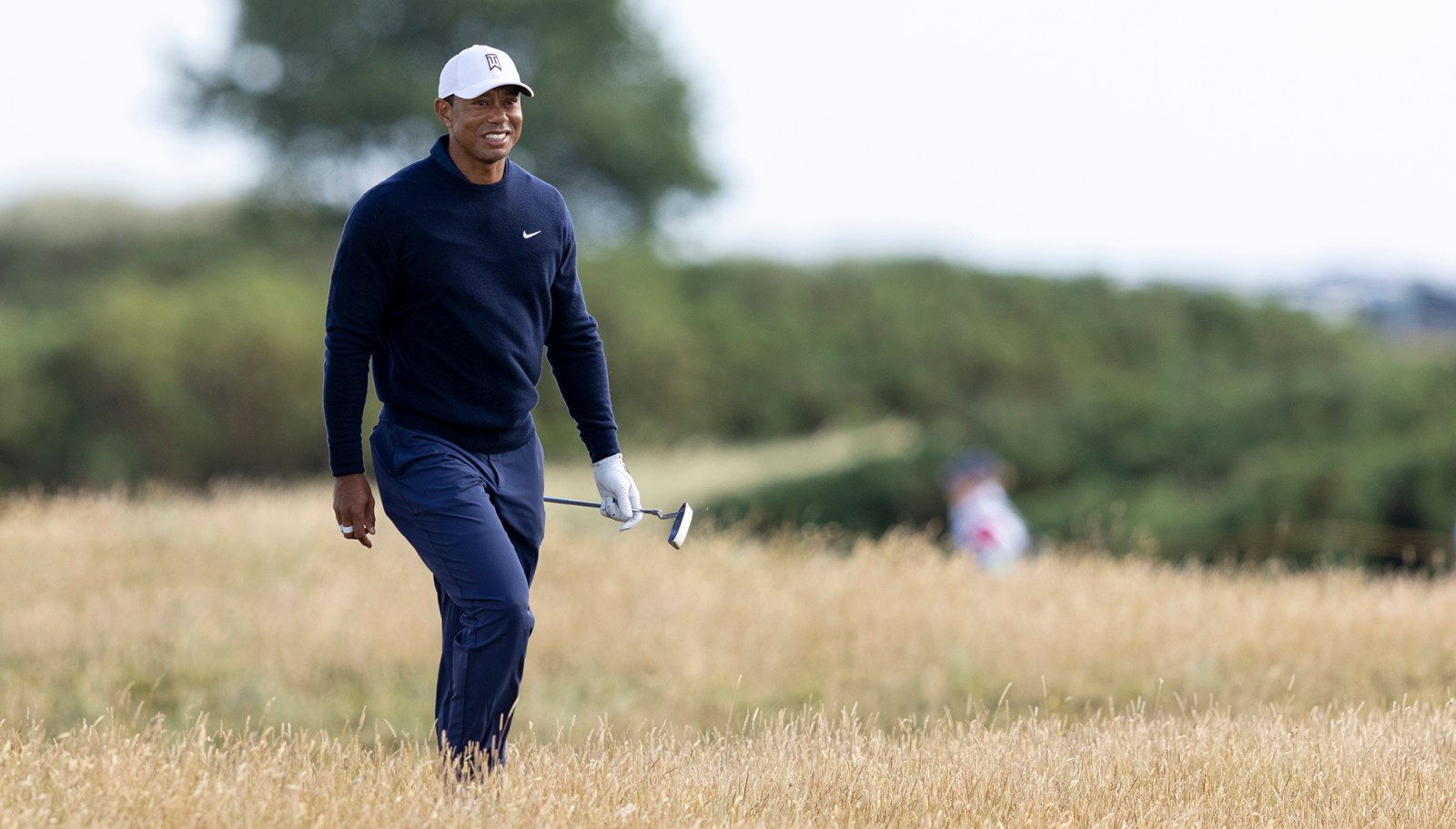 Tiger Woods of the US on the first day of practice for the 150th The Open Golf Championship in St Andrews, Scotland on 12 July 2022. (Photo: EPA-EFE / Robert Perry)

The 150th Open Championship tees off at St Andrews on Thursday as controversy rages over the LIV Golf Tour rebels being included in the field.

The Claret Jug weighs only 2.5kg, but when The Open is played on the Old Course at the “Home of Golf”, the trophy comes with the added weight of history.

Tiger Woods, who snatched two of his three Open titles at St Andrews, said this windswept stretch of Scottish coastline, not Augusta National, is his favourite venue.

The opportunity to play it again, at the 150th Open Championship, helped accelerate his comeback from a career-threatening car crash that nearly resulted in the 15-times major winner losing his right leg.

“It feels more historic than it normally does,” said Woods. “It is history every time we get a chance to play here.

“It’s hard to believe… This tournament’s been played for 150 years.

“And it’s incredible — the history behind it, the champions that have won here. It’s hard to believe it’s more historic, but it really is.

“This does feel like it’s the biggest Open Championship we’ve ever had.”

The Old Course became an 18-hole layout in 1764 and has stood the test of time.

While there have been changes, the challenge remains timeless, said Jack Nicklaus, a three-time Open champion — the last two coming at St Andrews where, on Tuesday, he was made an honorary citizen.

“The game has changed quite a bit, but St Andrews hasn’t,” said the 18-time major winner. “Sure, St Andrews has a little bit of length added to it, the Old Course has.

“But the length has been added to try to sort of compromise the golf ball of today. But you’ve still got to play golf.

“You still have those pesky little bunkers out there that grab your ball every time you hit an errant shot.

“Somebody hit it here 60 years ago or 100 years ago and they had the same problem.”

Golfers say they sense the history the moment they arrive in St Andrews, which is hosting The Open for the 30th time.

It is a place where notorious bunkers like “Hell”, on the 14th hole, or the depression guarding the 18th green known as “The Valley of Sin”, have been elevated to national landmarks.

“History. It’s as simple as that. History,” said Spaniard Jon Rahm, summing up the magic of an Open at St Andrews.

“I wouldn’t say there’s anything with the golf course itself, which is plenty special. It’s just the history of the game and how much it means. I’ve heard multiple champions say it.

“You can’t really call yourself a great player unless you win The Open at St Andrews, which is a very selective group to say that.”

Despite the history and legacy associated with The Open at St Andrews, the threat of the LIV Golf Series — which is dividing the sport — has loomed in the build-up to the 150th Open.

Woods issued a warning to the players who jumped ship to play in the renegade LIV Golf Series, saying they could be barred from playing in major championships at some point.

Woods gave his strongest denunciation of Greg Norman, the LIV circuit and the players who opted for “a lot of money up-front”.

But Woods’ suggestion that LIV players might not be able to participate in the majors was ominous.

“Some of these players may not ever get a chance to play in major championships,” Woods said. “That is a possibility. We don’t know that for sure yet.”

The LIV Series has petitioned to have its players awarded Official World Golf Ranking points. But if denied, players would plummet in the rankings used to determine entry to majors. Or, in the case of Augusta National, players could just not be invited.

“It’s up to all the major championship bodies to make that determination,” Woods said.

Woods also took aim at the players themselves for the money-grab that the LIV Series offers.

“What are these players doing for guaranteed money… what is the incentive to practice?” Woods said during a news conference.

“What is the incentive to go out there and earn it in the dirt? You’re just getting paid a lot of money up-front and playing a few events and playing 54 holes.

“They’re playing blaring music and have all these atmospheres that are different,” said Woods.

On Wednesday, Royal & Ancient (R&A) CEO Martin Slumbers blasted the LIV Golf Series as a disruptive money-driven enterprise not in the best interests of the sport, prompting the governing body to examine how players qualify for future Opens.

With The Open’s 150th anniversary party in full swing, Slumbers interrupted the celebrations to deliver a blistering criticism of the Saudi-backed venture that is threatening to tear the sport apart.

Bankrolled to the tune of $250-million by Saudi Arabia’s Public Investment Fund, the LIV Series — with its 54-hole format, no cuts and a team element bolted on — has branded itself an exciting new era in golf.

But Slumbers viewed such boasts as a sham and damaging to a golf ecosystem that “has successfully provided stable pathways for golfers to enter the sport and develop and realise their full potential”.

“Professional golfers are entitled to choose where they want to play and to accept the prize money that’s offered to them,” Slumbers told reporters. “I have absolutely no issue with that at all.

“But there is no such thing as a free lunch.

“I believe the model we’ve seen at Centurion and Pumpkin Ridge is not in the best long-term interests of the sport as a whole, and is entirely driven by money.

“We believe it undermines the merit-based culture and the spirit of open competition that makes golf so special,” said Slumbers.

“I would also like to say that, in my opinion, the continued commentary that this is about growing the game is just not credible.”

With limited 48-player fields, many of the prominent names, including major winners Phil Mickelson, Dustin Johnson, Bryson DeChambeau and Brooks Koepka, have been lured to the LIV Series by super-sized prize money and massive appearance contracts.

Mickelson, it has been reported, was paid $200-million to sign on.