‘Rebel’ golf tour is aLIVe but will it kick? 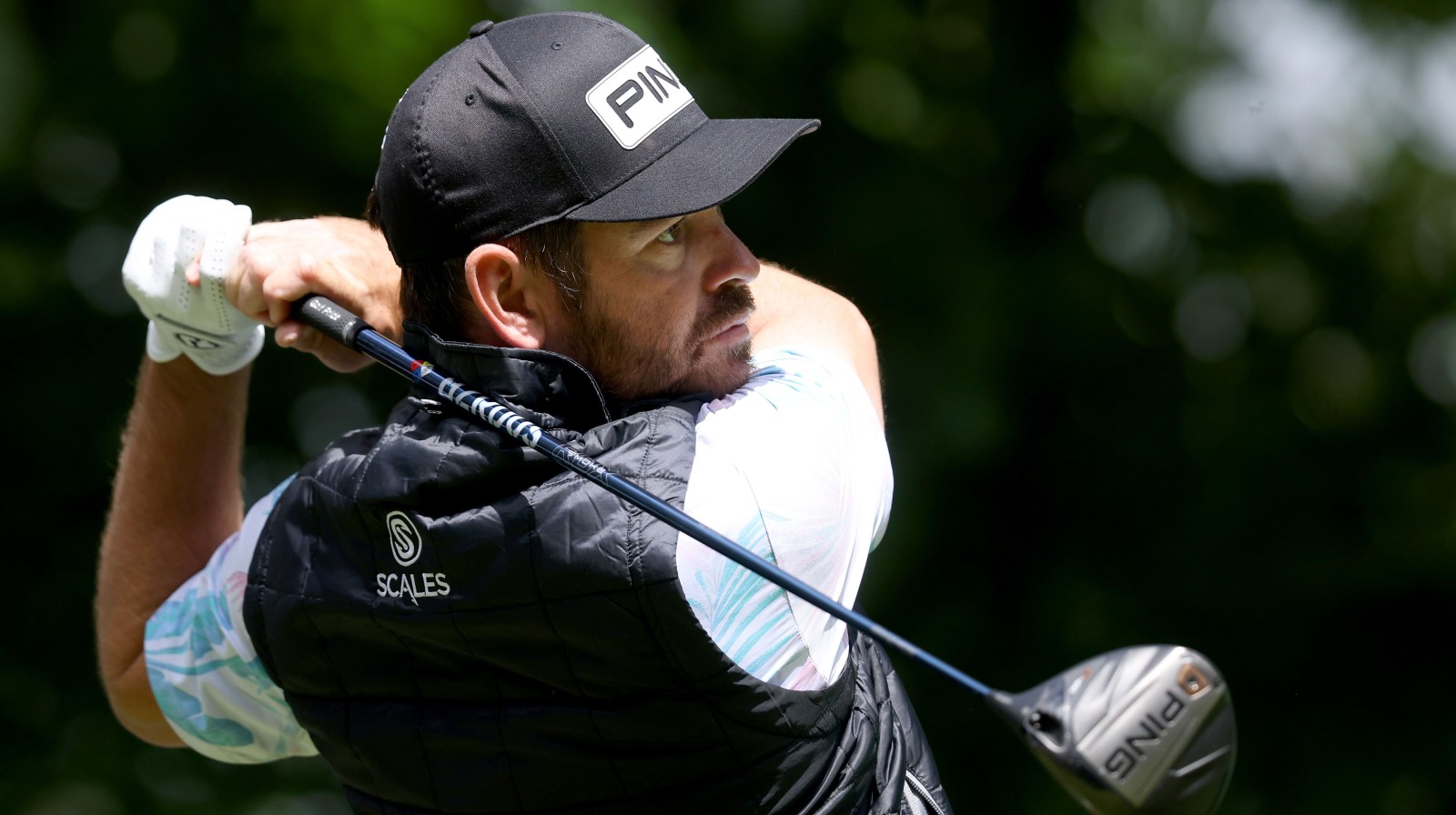 Louis Oosthuizen of South Africa tees off on the fourth hole ahead of the LIV Golf Invitational at The Centurion Club on 8 June 2022 in St Albans, England. (Photo: Charlie Crowhurst / LIV Golf / Getty Images)

The controversial LIV Golf Invitational Series started near London on Thursday and almost no one cares about the actual golf.

How the rebel LIV Golf Invitational Series, bankrolled by Saudi Arabia’s Public Investment Fund and fronted by Greg Norman, intends to survive and thrive when no one is talking about the actual golf, is anyone’s guess.

It won’t run out of money, that much is clear based on the $500-billion fund underwriting LIV, but what has started as a glorified exhibition event might never amount to more than that.

Seeing some very wealthy golfers and some players who can safely walk down the street in their own hometown without fear of recognition, ‘compete’ for obscene amounts of money, has little appeal.

There is no doubt LIV, and its frontman Greg Norman, understood that by initially proposing a breakaway Saudi Golf League (SGL) offering good players tens of millions to sign on, it would demand a reaction. And it duly came, with the PGA Tour threatening to withdraw players’ memberships if they signed with the SGL.

That approach seemed to repel the attack from the Saudis, especially when Tiger Woods made it clear he would not join the breakaway. But after a bloody nose, Norman and his backers in Riyadh regrouped and came up with a different plan.

Instead of a breakaway league, they announced the $255-million LIV Golf Series. There is no halfway cut, the guy coming last earns $125,000 and the ‘winner’ of this hybrid team/individual event takes home $4-million. In a field of 48 players, those are good odds on making a wheelbarrow full of money.

Sergio Garcia, the Spanish 2017 Masters winner is there, as are European Ryder Cup stalwarts Ian Poulter, Graeme McDowell and Lee Westwood. Outside of Johnson, and possibly Oosthuizen on his day, none are likely to win a tournament on the regular PGA tour any time soon.

But Johnson apparently received a $125-million signing bonus and Mickelson is understood to have commanded an even higher price. There is little doubt Oosthuizen and a few others also woke up to bank balances with several more zeros in them this week.

The amounts of money being thrown at LIV are obscene, but that’s not the primary issue. It’s the provenance of the funds that is complicated.

To be clear, professional golf has always paid players and since the 1970s, has paid them very well. At the top end. The two major tours — the PGA Tour and the DP World Tour (previously the European Tour) — have combined prize funds of more than $400-million annually.

They’re not shy to trumpet earnings in published weekly money lists. Players are selected for the Ryder Cup and President’s Cup teams based on the prize money they earn, which is attached to rankings points.

The sport is awash with corporate funding and broadcast income and at least 400 players could easily be classified as ‘extremely wealthy’ by any objective measure.

Golf is garish at the best of times, but LIV has taken it to new extremes with, not only its bottomless pit of money, but the obvious attempts by Saudi Arabia to use the sport to polish its terrible international reputation.

The source of the money is hugely problematic.

A quick search on Amnesty International’s website reveals the following about Saudi Arabia:

“The crackdown continued on the rights to freedom of expression, association and assembly,” Amnesty states. “The Specialised Criminal Court handed down heavy prison terms to individuals for their human rights work and expression of dissenting views.

“Courts resorted extensively to the death penalty and people were executed for a wide range of crimes.

“Migrant workers continued to be vulnerable to abuse and exploitation under the country’s sponsorship system, and tens of thousands were arbitrarily detained and subsequently deported. Prison authorities violated the right to health of human rights defenders and others imprisoned after grossly unfair trials.”

That’s just scratching the surface. It’s not a nice place.

Admit it’s about the money

This is why it’s infuriating and cringeworthy in equal measure, watching the players who have chosen to play LIV, try and justify it as some sort of way to change Saudi Arabia.

Golfers, with a few exceptions, are sportspeople who routinely steer clear of political commentary as fervently as they try and stay away from water hazards on the course.

These are hardly a bunch of athletes speaking out against the war in Ukraine, or atrocities in Palestine, China, Syria and Afghanistan. And they certainly aren’t speaking for, or against gun control in the US, or child poverty in South Africa.

Expecting them to make a lucid and coherent argument for playing in the LIV Series that doesn’t start with the words, “I did it for the money,” is not worth listening to. But they tried.

Northern Ireland’s McDowell, bless him, seems like a nice enough guy, but a career in international relations is not in his future. Luckily for him, after the eight-tournament, $255-million LIV series, a life of leisure is his if he chooses.

“No one’s going to argue that fact. We’re golfers, and speaking personally, I really feel like golf is a force of good,” McDowell said with a straight face.

“We’re not politicians. I know you guys hate that expression. But, you know, if Saudi Arabia wanted to use the game of golf as a way for them to get to where they want to be, and they have the resources to accelerate that experience, I think we are proud to help them on that journey.”

No one knows what he exactly meant for golf to get Saudi Arabia “to where they want to be,” but hard questions at the first media conference were not encouraged. In fact, one reporter from AP was escorted out of the media centre for “not being polite” when he continued to ask questions relating to the Kingdom’s human rights abuses.

Former US Press Secretary under president George W Bush, Ari Fleischer, who is part of the LIV contingent and media centre host, didn’t appear to interject.

Mickelson tried to justify his participation thus in an interview with Sports Illustrated: “The biggest reason is when I would think about LIV Golf I found myself excited and energised to play and work hard and compete again. I think after doing this for 30 years, I’m excited about something new and this different format.”

It begs the question: Would Phil have been as “excited and energised” if LIV were offering the same amount or less than he can make on the PGA Tour?

Four-time major winner Rory McIlroy perhaps summed it up best on the eve of the Canadian Open on the PGA Tour, where he is defending his title this weekend.

“Any decision that you make in your life that’s purely for money usually doesn’t end up going the right way,” said McIlroy.

“Obviously, money is a deciding factor in a lot of things in this world, but if it’s purely for money it’s not, it never seems to go the way you want it to.” DM